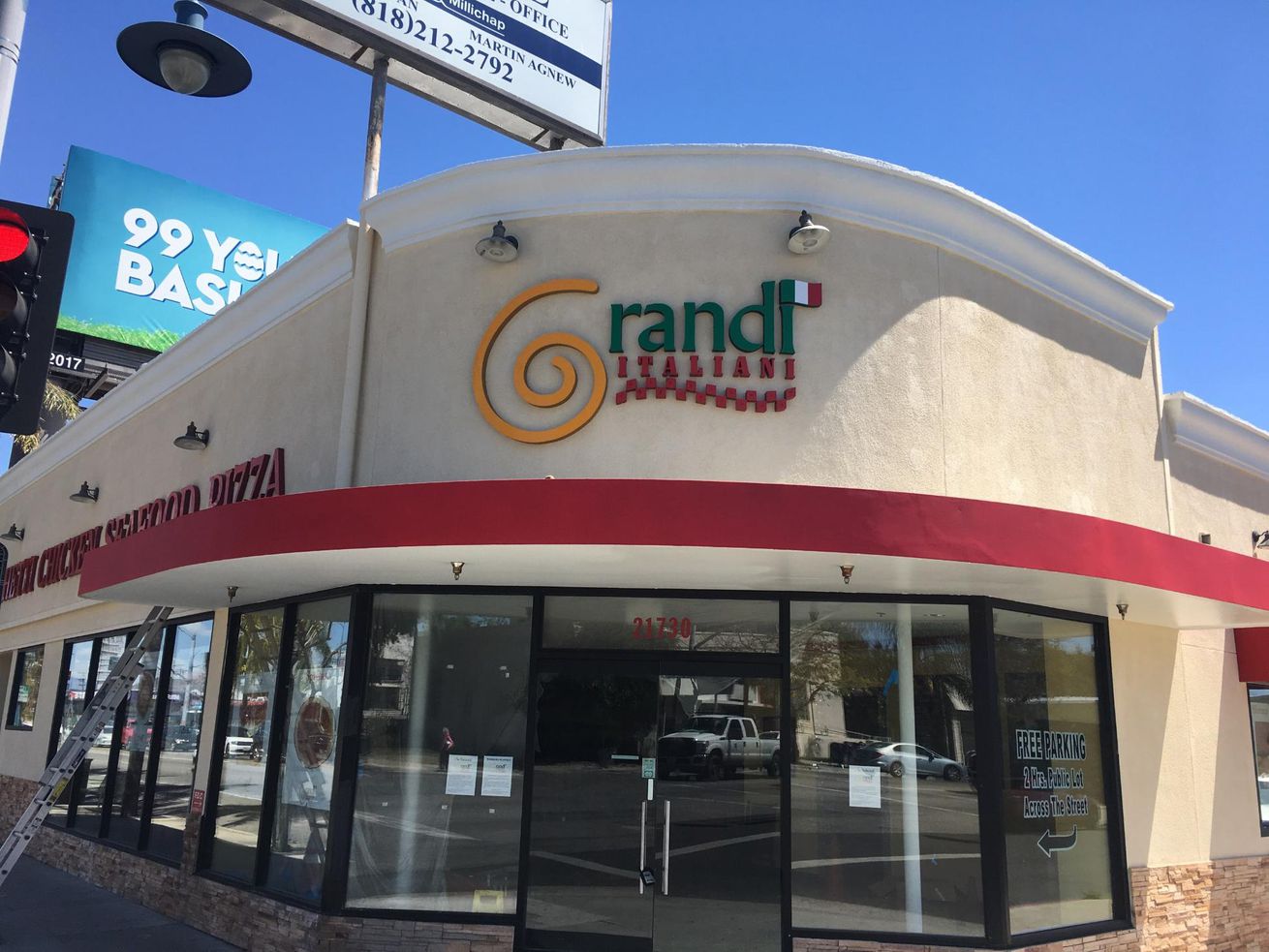 Nearly one year ago, the 56-year-old Andre’s Italian Restaurant & Pizzeria in Beverly Grove announced its final days were coming. The restaurant said its lease would end on December 31, and operate month-to-month as developers planned a new high-rise in its place. And while the beloved Andre’s is still in operations, the owners opened a restaurant in Canoga Park on June 27 called the Grandi Italiani.

Expect something similar to Andre’s old-school, Italian-classics vibe with spaghetti and meatballs, ravioli, shrimp Creole, and veal parmigiana. Grandi Italiani has a convenient location only one mile from the Canoga Park Orange Line station.

The massive 7,400 square foot space holds 218 in the dining room. Owners Stephanie Tagliarducci-Waller, Simon Alvarez, and Aron Celnik bought the building to avoid the inevitable landlord rent increase. The former China Buffet held down the corner lot for decades before the trio bought the building over a year ago.

While Andre’s is still kicking, the owners wish to remain in its Grove-adjacent location. But that all depends on when developers start demolition. According to Urbanize LA, the property was slated to become a high-rise building but will instead become an eight-story apartment complex.

“(Andre’s) is there month-to-month until the wrecking ball comes,” says Celnik. “We’ll be there until at least June of next year. I’m grateful, because without that income from Andre’s, we’d never make it.” Grandi Italiani hours are 11:30 a.m. to 8 p.m. daily.