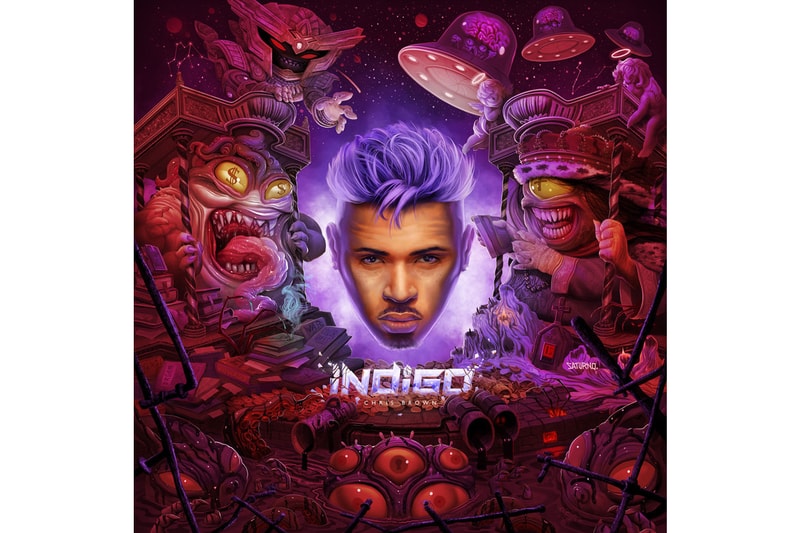 After releasing tracks like "No Guidance" with Drake or "Don’t Check On Me," with Justin Bieber, Chris Brown‘s full-length LP Indigo has finally dropped.

Indigo marks Breezy’s ninth studio album, packing 32 tracks as a 2-disc collection. While this isn’t the first time Brown has released an album with this many songs, fans can enjoy its insanely large star-studded roster of featured collaborators. Nicki Minaj and G-Eazy come through on "Wobble Up;" Juicy J, with his signature Southern-inflected bars on "Emerald / Burgundy;" Gunna, behind a synth-laced slowed-down groove in "Heat;" Lil Wayne and Joyner Lucas in "Need a Stack," Tory Lanez, "Lurkin’;" and Tyga in "All I Want." The LP kicks off with a song that’s named after the album and ends with "Play Catch Up," wrapping up approximately two hours and three minutes of a series of spaced-out R&B slow jams and heavy-hitting trap-tinged bangers.

Scroll below for a listen of Chris Brown’s latest LP Indigo.

#INDIGO THE ALBUM IS AVAILABLE EVERYWHERE NOW! Thank you to all my fans for the support and love. Link in bio for all streaming services. I MIGHT GO LIVE LATER TODAY! ?❤️? #IndigoSeason