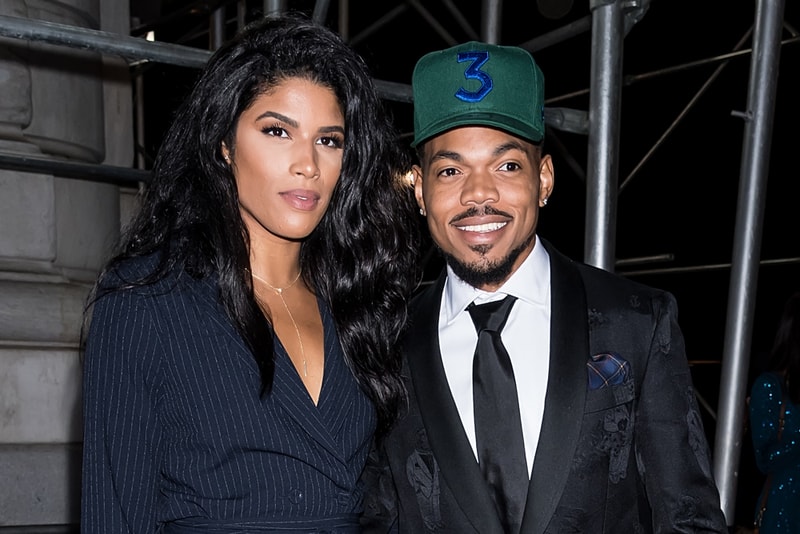 Chance the Rapper has officially tied the knot with girlfriend Kirsten Corley. The two wed on Saturday at the Resort at Pelican Hill in Newport Beach, California, sharing nuptials in front of guests that included Dave Chappelle, Kirk Franklin, Kanye West, and Kim Kardashian.

According to the Chicago Tribune, the pair had a civil ceremony at the Cook County clerk’s office on December 27 and have been legally married since. Chance proposed to Corley, who he has dated for over five years, last July in their hometown of Chicago. The newlyweds also share a daughter, Kensli, who was born in 2015.

In a series of emotional social media posts last week, Chance detailed his life-long crush on Corley and how he knew he would marry her from the moment he laid eyes on her as a 9-year-old kid.

"Now I’m locking eyes with the prettiest girl I ever seen in my almost-a-decade of life on earth," he said on Twitter, explaining that he first saw Corley as she and a group of friends performed a Destiny’s Child song at his mother’s work party.

"16 years later it’s happening This wknd is the time, and the place is my wedding. I’m gonna dance with my wife because this is my destiny."

The artist recently had another celebratory occasion by making history on Spotify. According to Chart Data, his Coloring Book mixtape — which released in May 2016 — surpassed 1.5 billion streams.

Me and the men who mentored me.

Storytime. A thread on how I met my wife. pic.twitter.com/Qi0DWRZF0r