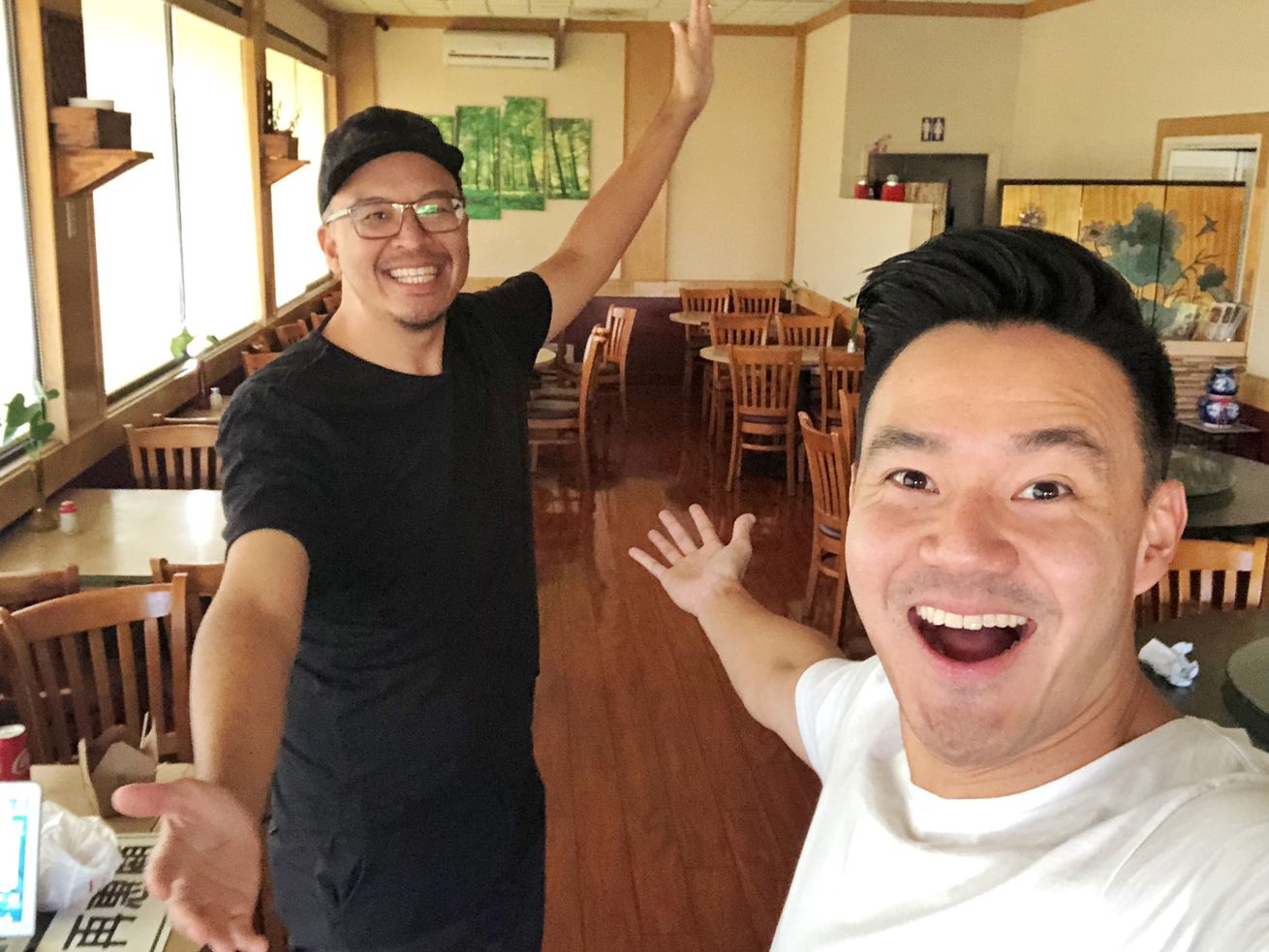 New boba shops open practically every day in and around the San Gabriel Valley, so it takes something special to stand out in the crowd. Like, say, a massive online following.

Phil Wang, one half of Wong Fu Productions, along with business partner Eric Wang, are taking over a 20-year-old Chinese restaurant in San Gabriel and converting it into Bopomofo Cafe to open mid-February. The cafe’s name, which roughly translates to the ABCs of Mandarin, is a nod to the owners’ Chinese American heritage and already boasts 20,000 Instagram followers, a testament to Wong Fu’s dedicated fanbase.

“This is not a boba shop with 100 menu items,” explains Phil Wang. “We’re not using any syrups, powders, or creamers. Everything will be straight from the kitchen and homemade. We want to have a small, high-quality menu.”

Coffee and espresso will be offered alongside classic milk teas with tapioca pearls, which is unique for the neighborhood. “We want the best parts of a boba and coffee shop, a mix of cultures and an homage to both Chinese and American traditions,” shares Wang.

We hit 20k followers before even opening!! . That is some amazing support (and pressure) knowing so many ppl are ready to come through when we open very soon. But we know this isn’t just about getting social media numbers, it’s about us making a great product and place.. and we’re doing all we can to bring you our best. We’re still far from perfect and working out the kinks, but knowing so many of you have our backs as we learn to walk is so motivating. Thank you!! Hope we don’t disappoint!

To pair with the beverages, there are “reinterpretations of Chinese American dishes and flavors,” says Wang. “Like mapo tots—mapo tofu served on top of tater tots.” Across town, Mei Lin is doing something similar (albeit at a much higher price point) with her mapo tofu lasagna at Nightshade.

Wang promises a design-forward and modern space that might feel like a hip hotel lobby with plenty of seating. In addition to creating a welcoming spot to eat and drink, Bopomofo Cafe aspires to be a gathering place for young creatives in the neighborhood. “It would be awesome to create a place where young people can write a script or work an app or study for their SATs,” shares Wang. “We want to be a hub for young people to feel comfortable and build a community of creators.”

As for the exact address, Wang isn’t ready to reveal the space just yet, except to say that it’s in San Gabriel proper. Look for a soft opening later this month with limited hours and menu.