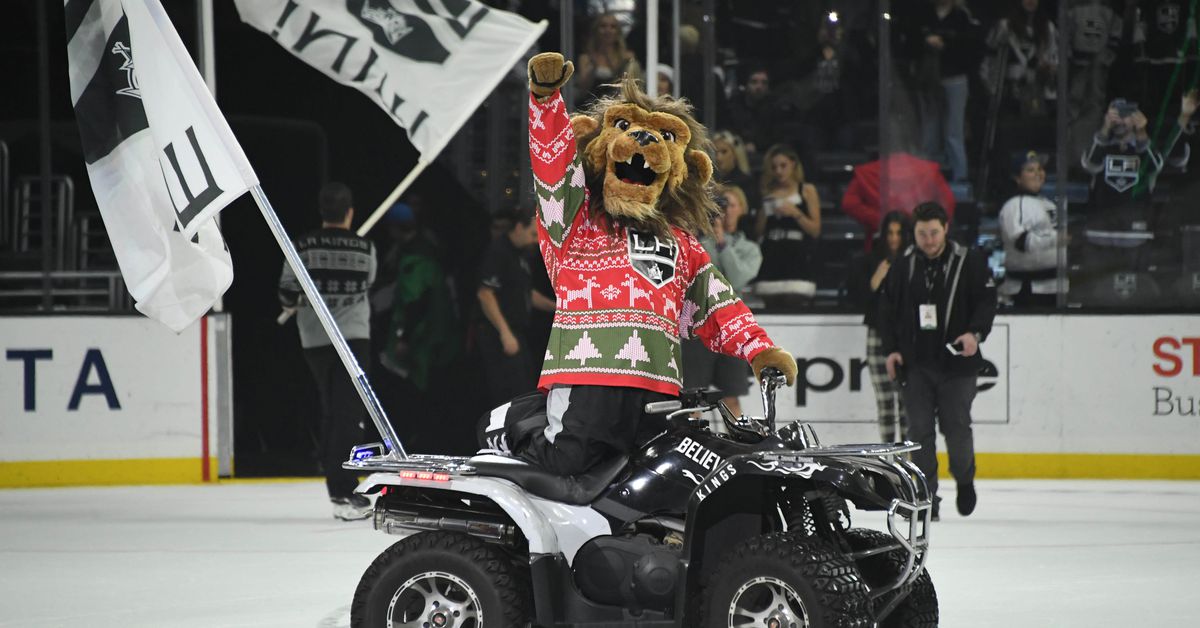 It’s the Los Angeles Kings vs. the Winnipeg Jets. How many of you have ever been to Winnipeg? Despite the standings, we have this going for us. The average temperature in Manitoba for the first two weeks of 2017 was minus 20.

Tonight, we are live from the Media Guy Man Cave with a running diary. Staples Center would have been nice, but there are lots of gifts to wrap and bags to pack. I’m sure many of you are in the same boat. The menu includes Smoked Goldeye, Winnipeg Rye Bread, and chicken fingers with honey dill sauce (ala Peter Eng of Mitzi’s). For dessert, we have Imperial Cookies and Jeanne’s Cake.

This season has been a test of wills from the stands and our televisions. I didn’t realize how much the team meant to my family and me until this year. There’s good news though: Studies show that rabid sports fans have higher self-esteem and are less depressed, less alienated and less lonely. Good news indeed.

But just when I think I have a grip on it all, Willie Desjardins does something to drive me batty. I’m sure you are asking, “So what did he do now?”

Let’s start with the lineups:

1. Adrian Kempe. He was a tenacious monster against Pittsburgh, often matched up with Sidney Crosby. The results were impressive, with Sid the Kid being held to one point on the night. So what’s the reward for one of the most challenging matchups in hockey? He’s no longer a center. I heard Jim Fox on SiriusXM NHL this morning speaking with Scott Laughlin. Jim said that the young guys getting extended tryouts was a positive point in this lost season and that Kempe’s work at center gives the team promise and hope.

2. Jonathan Quick. Fresh off an injury that kept him out since the first game of the season, he’s been forced to work the last eight out of 10 games. In those eight, he’s 2-5-1. Quick isn’t great against Winnipeg. The Jets are the only team he has a GAA above 3.00 and his save percentage is tied for his lowest against any individual opponent. Also, Quick is 4-5-2 all time against them. I don’t know about you, but this game seems to be a great one to sit out.

Nikita Scherbak gets destroyed by Claude Lemieux’s son to the side of his own net. After not playing much Saturday, you get the feeling that the doghouse is calling the former Canadien.

Jeff Carter with a jump in his step tonight…always good to see.

Tyler Toffoli denied again. Still snakebit and scoreless in 16 games. Did you know he had 18 shots on goal on the last road trip? Something has got to give; hopefully to the positive.

Seeing eye goal by Austin Wagner off the initial blast by Daniel Brickley finds its way in! All five Kings on the ice that shift have played with the Ontario Reign this season. The future IS here.

Jake Muzzin with the curious charging penalty. Looked like he jumped up in the air. I hope this isn’t going to be one of these nights where the Zebras take control of the game for no good reason. Nonetheless, the Kings drag their terrible penalty kill out there. If the Kings can stop the high octane power play, we might be onto something good tonight.

Kings survive the Jets power play and promptly draws one for themselves. Good looks by the Kings but nothing to show for it. Note to Willie D.: The four forwards, one defenseman setup hasn’t worked all year. Time to retool those power play units.

Kings with one of their most in control periods of the year. Good special teams play backstopped by some big saves by Quick.

We are tied at one with two weird bouncy deflection goals. This one is courtesy of Mathieu Perreault aka the Swiss Army Knife, who has now scored in five straight. Staples Center just got all the air sucked out of it. You have to feel for the Kings faithful walking on eggshells every time the other team scores.

Quick super aggressive tonight, but Drew Doughty with the save! He saved a sure goal.

But wait, there’s a coach’s challenge…

Oh geez…Matt Luff was definitely offsides. No goal for the second game in a row. Kings 1. Jets 1. Power play continues.

First Doughty saves a goal and now he sets up Alex Iafallo perfectly for his seventh goal! Brilliant pass from Anze Kopitar makes it all possible.

A absolutely superlative pass by Matt Luff springs Wagner on a breakaway for the rookie’s second goal of the night.

Absolutely loved that period of hockey. Aggressive Quickie. Big offensive push by the Kings. No strange Willie D. coaching. Lots of life and hustle out there. The “Go Kings Go” chant returned and the Jets look like the last place team tonight. I miss Staples Center right about now.

I wrapped a lot of gifts this period. Good flow with a nice penalty kill. I never felt the game was in danger. I can count on a few fingers how many times that’s happened all season. Where was this team all year?

Nate Thompson pots the empty netter with five seconds left in the game. Nate had 16 plus minutes TOI. On the other end of the spectrum, Scherbak now occupies Ilya Kovalchuk’s place in Willie D.’s doghouse as evidenced by his 3:39 TOI tonight.

Kings play a classic throwback game looking focused and energetic in shutting down one of the best teams in the league in the Winnipeg Jets. Kings only 12 points out of a playoff spot — hey beggars can’t be choosers, and a win is a win!

NEXT: The Kings travel to San Jose on Saturday to take on the Sharks.