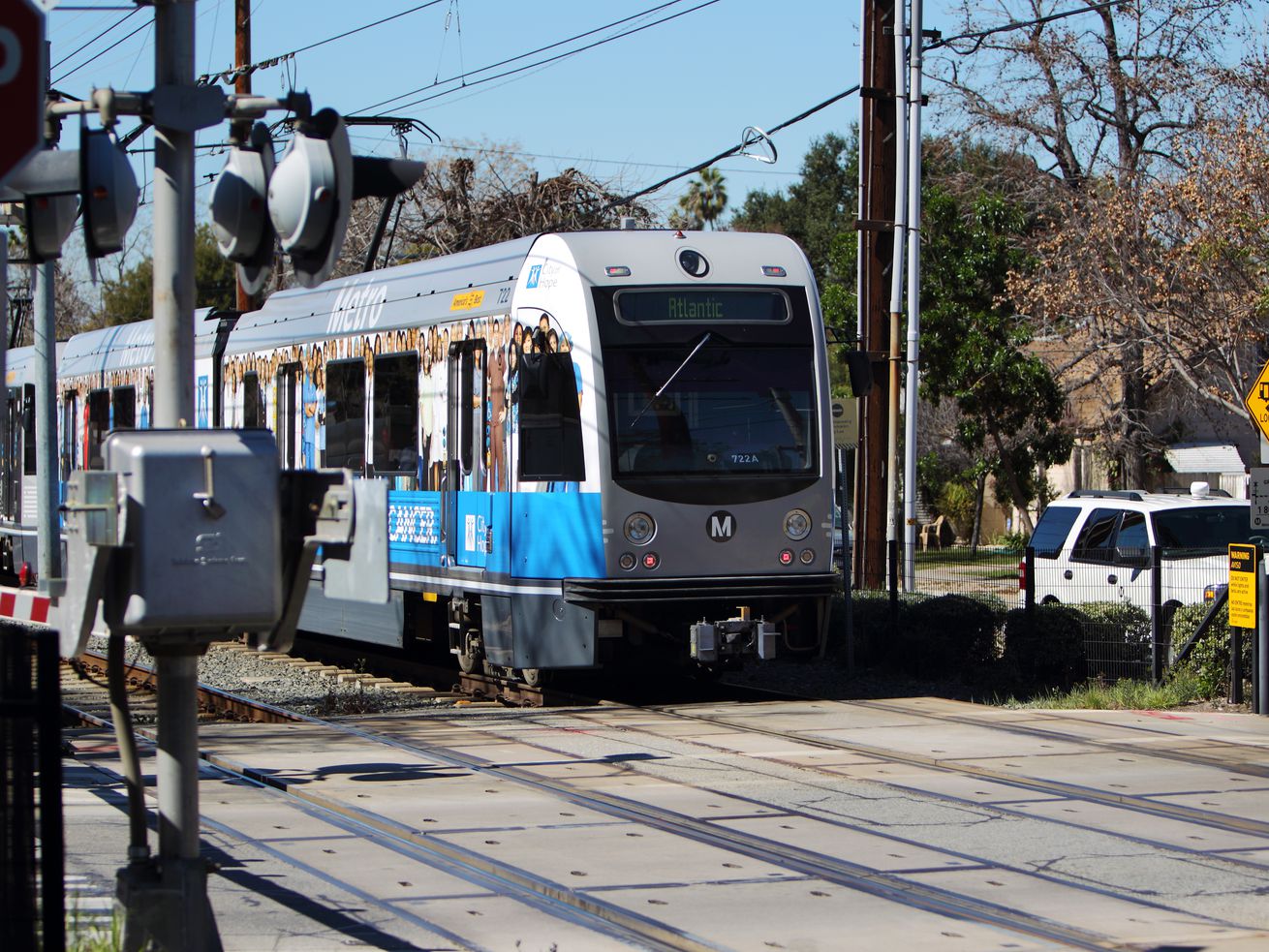 With construction costs rising, officials are adjusting expectations for the project

At the beginning of the year, the Gold Line Foothill Extension was projected to carry riders all the way from Long Beach to the western edge of San Bernardino County by 2026.

Now, going into 2019, the rail project faces an uncertain future as transit officials grapple with a major increase in the project’s projected cost.

The Foothill Extension Construction Authority, which oversees the project, announced in November that the price of extending the Gold Line from its current terminus in Azusa to Montclair had ballooned by $570 million—more than one-third of the project’s previously estimated cost.

Faced with such a steep price jump, the construction authority’s board quickly approved a plan dividing the project into two phases, the first of which would bring the light rail line to La Verne by 2024. The second phase, to Montclair, would wrap up around 2028—if money to complete that leg of the project should appear.

But Metro’s Board of Directors asked for assurances earlier this month that the train would at least reach Pomona, where riders can link up with an existing Metrolink station at the northern end of the city.

“There is a question of fairness, there is a question of equity,” Pomona Mayor Tim Sandoval told the board, pointing out that the city is also home to hospitals and a public university. “Pomona is a working-class community. We need to ensure that the Gold Line doesn’t just go to La Verne.”

The board asked Metro CEO Phil Washington to find ways to finance construction of the project’s first phase past La Verne to Pomona.

Whether funds will emerge to complete the entire 12.3-mile project, bringing it to Montclair, remains to be seen.

“Certainly we want to find the funding for the entire project,” said Boardmember John Fasana. “But also, to get construction underway, we have some very quick decisions.”

Last week, the construction authority presented yet another plan for the project, in which it would be constructed in four phases, rather than two.

The first would travel between Azusa and La Verne, stopping in Glendora and San Dimas along the way. The next three phases would bring the line to Pomona, Claremont, and Montclair, respectively.

Under the plan, the first two phases could be constructed simultaneously, if funding becomes available. In that scenario, the Gold Line would reach Pomona by 2025. If that funding doesn’t arrive, La Verne will become the rail line’s temporary terminus.

Albert Ho, a spokesperson for the construction authority, tells Curbed that the agency still aims to finish the final three stages of the project by 2028, when Los Angeles will host the Summer Olympics.

The Foothill Extension is one of 28 projects that Metro plans to complete in time for the games—though rising construction costs may complicate that timeline.

A white paper on the Gold Line project presented last month to the construction authority’s board noted that a shortage of qualified laborers and the impact of new tariffs on building materials could drive up costs for transit projects nationwide.