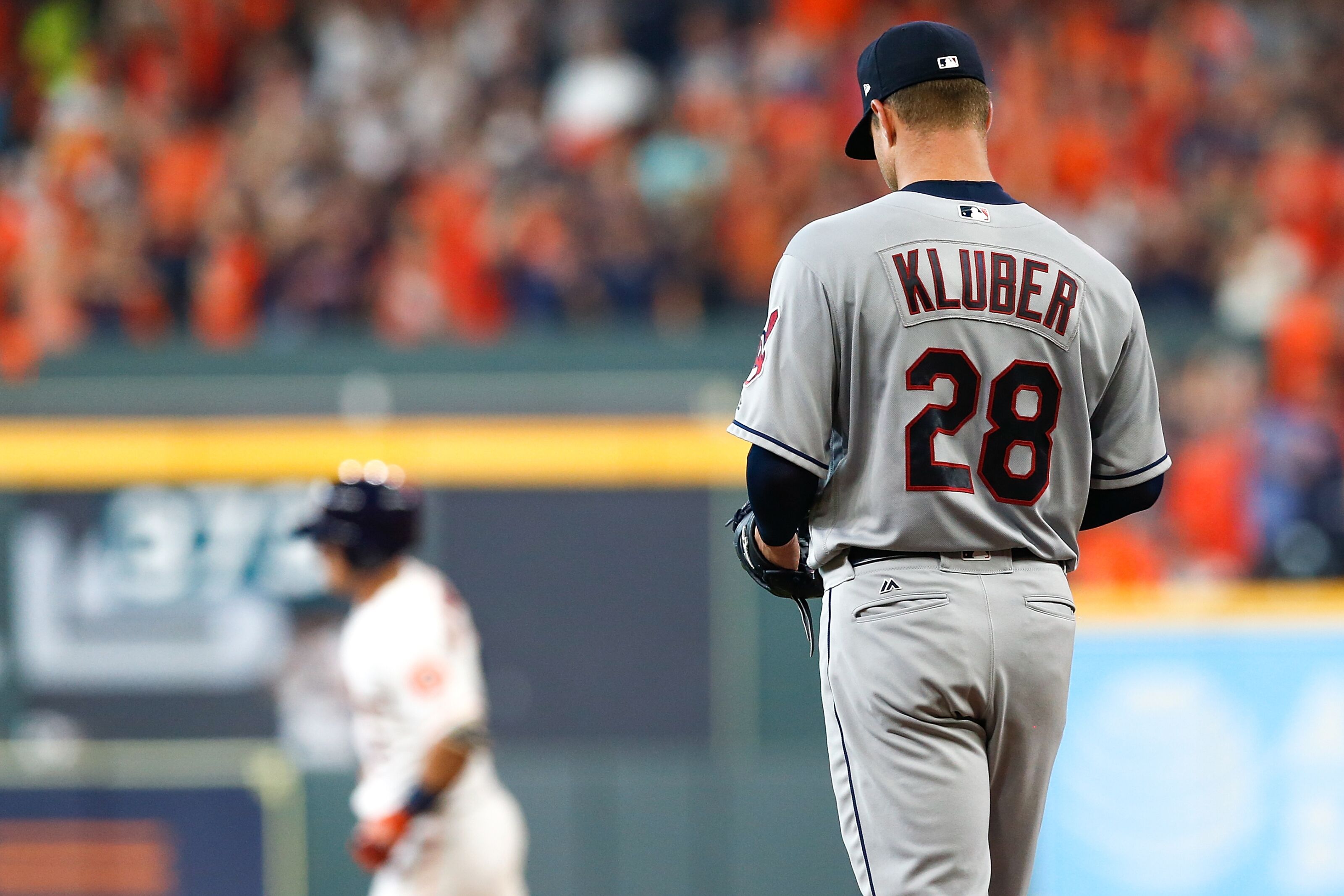 Since the offseason began, the Los Angeles Dodgers have been linked to Cleveland ace Corey Kluber. Here is why they should trade for him.

Imagine, it’s Opening Day at Dodger Stadium. The crowd is back, and alive, cheering on their National League Champions, hoping that this is the year the Los Angeles Dodgers bring the Commissioners Trophy back to LA.

Players stand tall on the baselines; the Arizona Diamondbacks on the first base line, the Dodgers on the third baseline. The stadium announcer is calling out the names of all the players and coaches on each roster.

“Joe Kelly,” the announcer proclaims, stating the pitchers on the Dodgers roster.

“Corey Kluber,” they announce, and as they do, the stadium erupts, welcoming the newest Dodger to Los Angeles.

Even with the hypothetical addition of Kluber, Dave Roberts would probably still start Clayton Kershaw on Opening Day (can you imagine any other scenario?)

That said, starting on Opening Day is not the point of trading for Corey Kluber, but every start that comes after it.

A rotation of Kershaw, Kluber, Walker Buehler, and Rich Hill would give the Dodgers the best starting four in the game, should all remain healthy. That doesn’t even include Hyun-Jin Ryu or Alex Wood.

Without Kluber, the Dodgers’ rotation is good, but with him, it’s pretty close to unstoppable.

So, how could Andrew Friedman and Mike Chernoff work out a deal?

The Indians seem to be prioritizing outfielders and with the recent loss of Michael Brantley, who signed with the Houston Astros, their needs are even stronger.

When it comes to elite outfielders, there is really only one name that tops the list for Cleveland, when looking at the Dodgers’ major and minor league rosters; Alex Verdugo.

Verdugo is the Dodgers’ top prospect, who quickly earned the top spot after the promotion of Cody Bellinger and Buehler.

Verdugo is an elite talent, and Kluber only has one guaranteed year left on his current contract (he has team options for the 2020 and 2021 seasons.) At first glance, trading a young, power-hitting outfielder for a 32-year-old doesn’t look like a great deal, but when you factor in Kluber’s 3.09 career era, two Cy Young awards, and 96 wins, we are forced to take another look.

The Dodgers should seriously think about making this move. The Indians are probably going to want more than just Verdugo for Kluber and would probably welcome the talents of players like Brock Stewart or JT Chargois, and/or any player in the Dodgers’ minor league system.

With Los Angeles, Corey Kluber has a real chance at a ring, as he did with the Indians in 2016. Hopefully, though, the ending is much different.

The Dodgers are serious contenders to return to the World Series this season, but won’t be for too much longer. It feels like yesterday that we were seeing the Dodgers win their first pennant in 30 years, and now they face two consecutive World Series losses and a diming dominance over the National League.

2019 should be the year the Dodgers go all-in (third time’s the charm, right?) and it could finally be the year they bring an MLB Championship back to a stadium that hasn’t seen one in over three decades.

Corey Kluber would be the first step towards the championship the city been hoping for since before Harry met Sally.

Not only would Kluber bring talent to an already veteran-heavy rotation, but he could change the narrative of this modern-day Dodgers squad, standing as a beacon of hope in an era that is, for the most part, devoid of postseason success.

The success of this team does not rely on Corey Kluber coming to LA and winning, but after two devastating series losses under baseball’s biggest lights, the Dodgers’ need even the smallest sign that things are about to turn around.

The answer may or may not lie in Cleveland’s ace, but what’s the harm in seeing if it does?