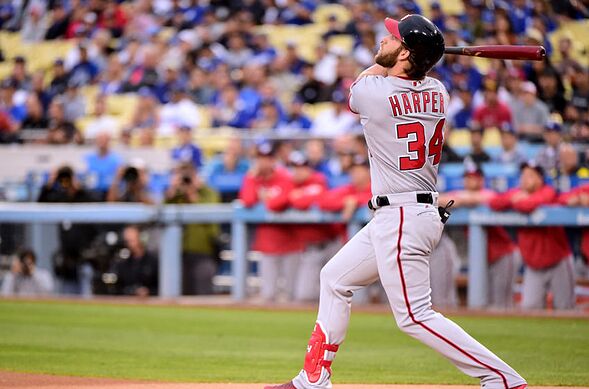 Bryce Harper is arguably the most coveted MLB free agent since Alex Rodriguez and could benefit from the bright lights provided by the Los Angeles Dodgers.

MLB fans have been patiently waiting for the hot stove to heat up and for the first dominos to fall of the offseason. 2019 is going to come upon us without Bryce Harper or Manny Machado signing to a team. Once they do, the rest of the market will begin to take shape.

It might still be some time until one of the two stars sign with a team, however, it has been reported that Machado is going to make his decision after the new year.

Manny Machado has conveyed to the three known interested teams — White Sox, Yankees and Phillies — that his decision will come after the new year.

How quickly after the new year is yet to be seen but Machado does have value in signing before Harper as it keeps his options open. There is a chance that if one of those teams sign Harper then Machado won’t get the kind of money he would have otherwise.

Anyways, once he does sign the focus is going to shift to Bryce Harper and the competition is going to get tough. For the Los Angeles Dodgers, this could mean missing out on the generational star, especially if a team is going to outbid LA.

And while it is hard to argue with money, from a logistics standpoint, the Los Angeles Dodgers are the best fit for Bryce Harper and his future. While that may mean taking a shorter contract, it will still provide Harper more benefits than drawbacks and will allow him to cash out on another big contract in his early 30s.

That is, of course, if the Dodgers are persistent on keeping a deal under six years. Either way, LA should be where Harper should be setting his sights and here is why.