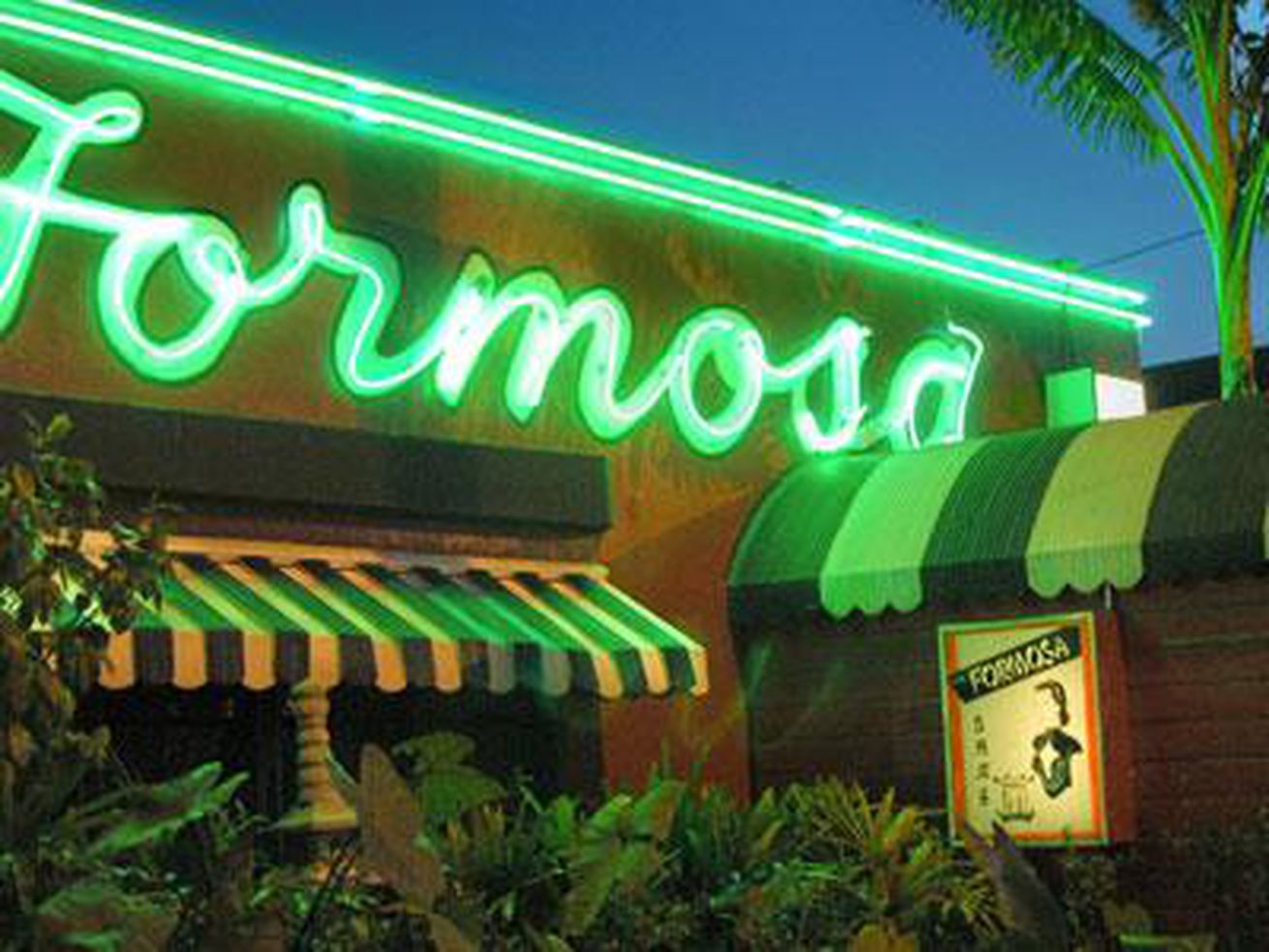 Multiple bars, Chinese-American fare, and a focus on the details

Soon enough, Angelenos will once again be able to walk into the famous Formosa Cafe for a drink and a bite to eat. West Hollywood’s beloved trolley car restaurant is eager to get back to operation after being purchased by the 1933 Group last year, with plans for a full remodel meant to bring the property back to its original Old Hollywood glory. Here’s what to expect when the Formosa Cafe comes back to life in the spring of 2019.

First, the 1933 Group (Idle Hour, Highland Park Bowl) is focusing on a complete overhaul of the front bar, where black and white photographs have already been lovingly removed from the walls and kept for safekeeping. The plan, says reps for the group, is to put the iconic Hollywood images back in their original places, while updating things like the seating — think wraparound booths and flourishes of red — throughout the dining and drinking area.

The front bar will also encompass the signature Red Trolly train car, which was actually in service more than 100 years ago. Bobby Green of the 1933 Group has been using some of the $150,000 preservation grant money they received to scour the internet for images, replicas, and spare parts for the trolley, in order to make the remodel as non-invasive as possible.

Drinkers will also be able to enjoy a classic cocktail at a more intimate back bar, where rumor has it mobsters and Hollywood types used to commingle. Green is actually relocating an old bar from a forgotten Chinatown haunt to the Formosa Cafe, for use as part of the back bar there.

Any Angelenos remember the old Yee Mee Loo bar in Chinatown? It shut down in late 80’s but I’ve known where the old bar has been for years, and today I became her new caretaker and the old Yee Mee Loo bar will live again in the back room of @theformosa . An LA heritage double wammy! can’t wait to toast with you all next year! @1933group . . . #yeemeeloo #formosa #chopsuey #oldhollywood #chinatown #ghostsofoldhollywood #vintagela #savinghistory #reuse #kwanyintemple

The new owners are also going to be redoing the rooftop of the standalone restaurant, which went through a rather disastrous overhaul under the previous regime a few years ago. Longtime fans of the place fumed at the slate grey, faux firepit, half-clubby aesthetic that was forced onto the top of the vintage structure, so expect lots of changes up there as well, including some comfortable seating and a standalone bar.

As for the food and drink, 1933 Group reps tell Eater that the plan is to serve vintage Chinese-American fare, sourcing dishes from menus across the decades. The cocktails will follow suit, running from classics like mai tais to more modern options. There will even eventually be dim sum brunch options as well as late night bites for the neighborhood.

The Formosa Cafe renovation is still well underway, meaning there’s no firm timeline for reopening just yet, but it’s safe to expect something in the spring of 2019.