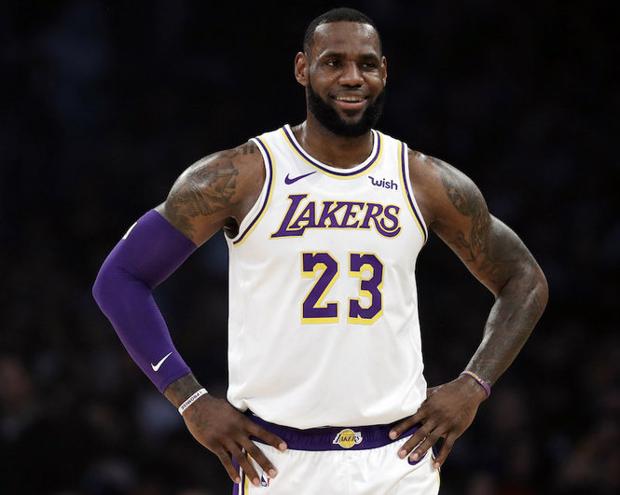 Who: Bucks vs. Knicks

Who: Thunder vs. Rockets

Who: Lakers vs. Warriors

Who: Trail Blazers vs. Jazz

A look at each of the five games:

Congratulations to the schedule-makers, because there’s no way they could have known this Christmas game would be wrapped in animus. Giannis Antetokounmpo was peeved at New York forward Mario Hezonja — who dunked on him, stared at him and then stepped over him when the teams last met on Dec. 1.

A rematch of a game from Christmas 2017, which the Thunder won 112-107. Oklahoma City is 6-2 on Christmas since the team moved there; when the franchise was in Seattle, it was 0-11 on the holiday. Rockets star Chris Paul will miss Christmas for the third straight year — with the Clippers, he had a left hamstring strain and missed their game with the Lakers in 2016, sat out last year’s Houston-OKC game with a groin strain and this year, it’s another left hamstring issue that will keep him out.

These are heated, historic rivals, but they’ve met on Christmas only once before — in 1961, when the 76ers were the Syracuse Nationals. Boston, which famously avoided home Christmas games forever (the Celtics played their first 30 such games away from Boston), will be at home on the holiday for the second consecutive season.

Portland is 14-3 all-time on Christmas, and could tie Miami (10-2) for the best winning percentage on the holiday if it tops the Jazz. Meanwhile, for Utah, it’s a chance for Jazz star guard Donovan Mitchell to get his first — but almost certainly not his last — look at playing on Christmas.

(The AP contributed to this report.)