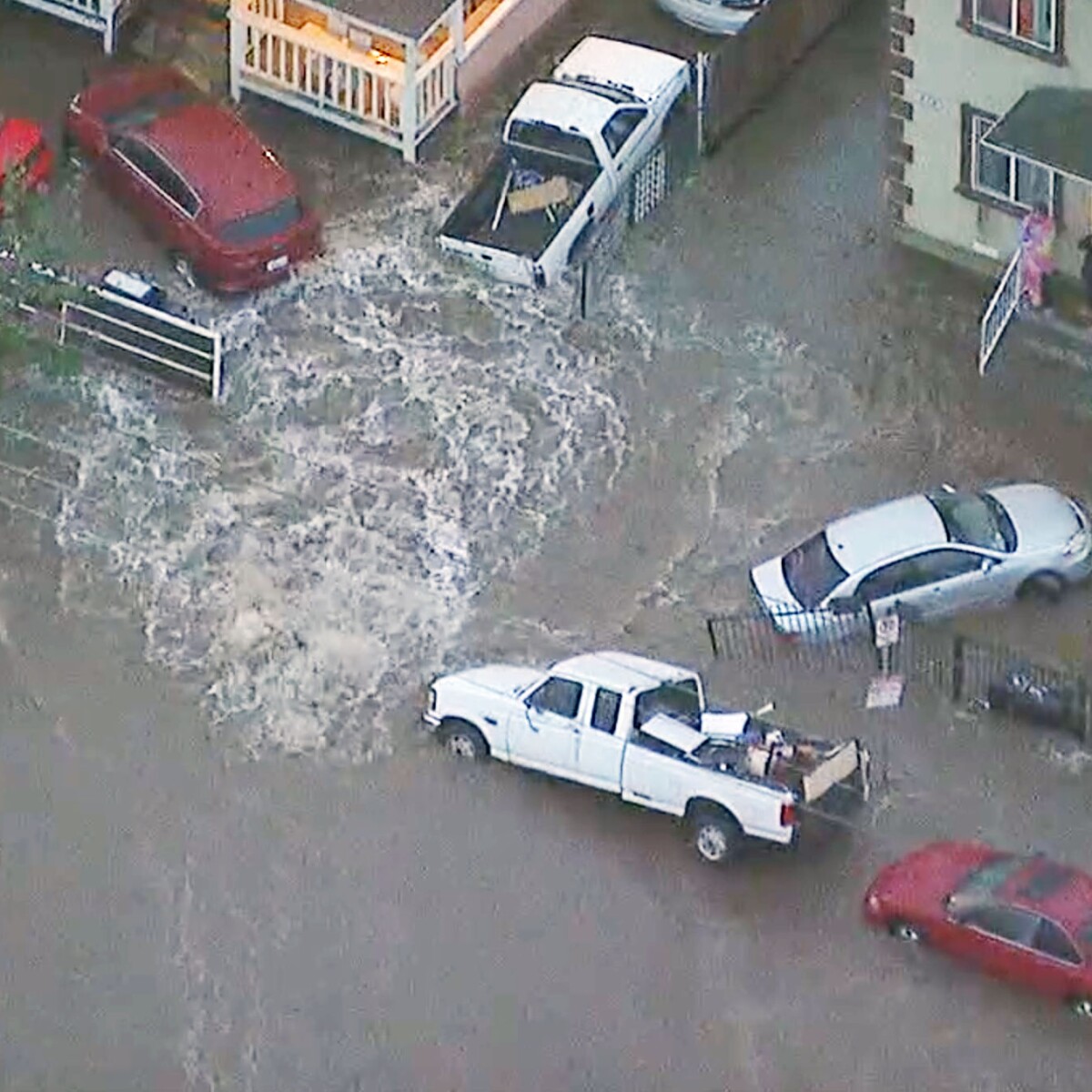 . “Whatever the cause, it could be corrosion, age – we don’t know at this moment until we dig down and see the actual damage on the water main.”

A pickup truck that fell into the sinkhole also cracked a gas line, causing gas and water to be shut off to the area. 41 people were evacuated during the emergency, KABC reported.

After four hours, crews gained control of the flow.

The cause of the water main break was unclear.