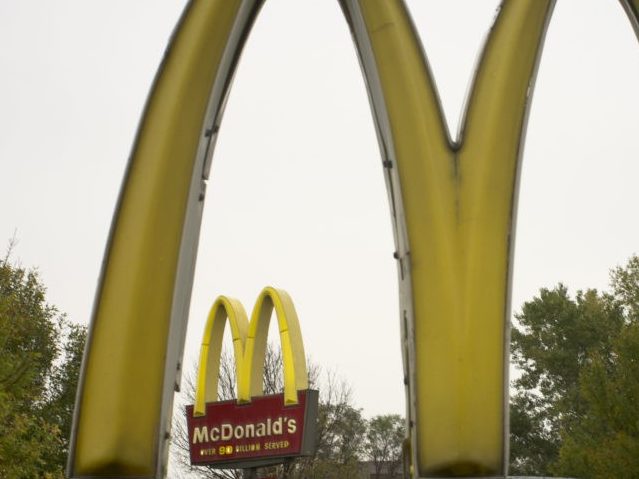 A group of teenage girls started a violent brawl at a Los Angeles, California, McDonald’s after a mother asked them to leave the children’s play area, police said.

The video, which has gone viral, showed several people flinging objects at staff near the front counter while onlookers tried to capture the melee on their cellphones.

The mother-of-two asked the teenagers to leave the play area where her children, a two-year-old and a five-year-old, had been playing. The teenagers did not take kindly to the mother’s advice, challenging her to a fight.

When the mother refused, the girls threw cups of water in her direction. The situation escalated quickly when the girls allegedly threw drinks filled with ice, shoved items off the front counter, and threw cups at the employees working the service counter.

“I was about to get hit in the head. They were throwing them pretty high too, like they had no aim,” said employee Dexter Forbes Jr.

The mother said the teens were “punching” her throughout the brawl.

“They kept wanting to fight me, they all started hitting me, and my two little girls were crying. My dad realized that they were on me and he pulled me away,” the mother said.

Police say the teens, who are still at large, caused about $1,000 worth of damage before they fled.

The owner of the McDonald’s told CBS Los Angeles that the restaurant has been cooperating with local law enforcement as investigators look into the incident.