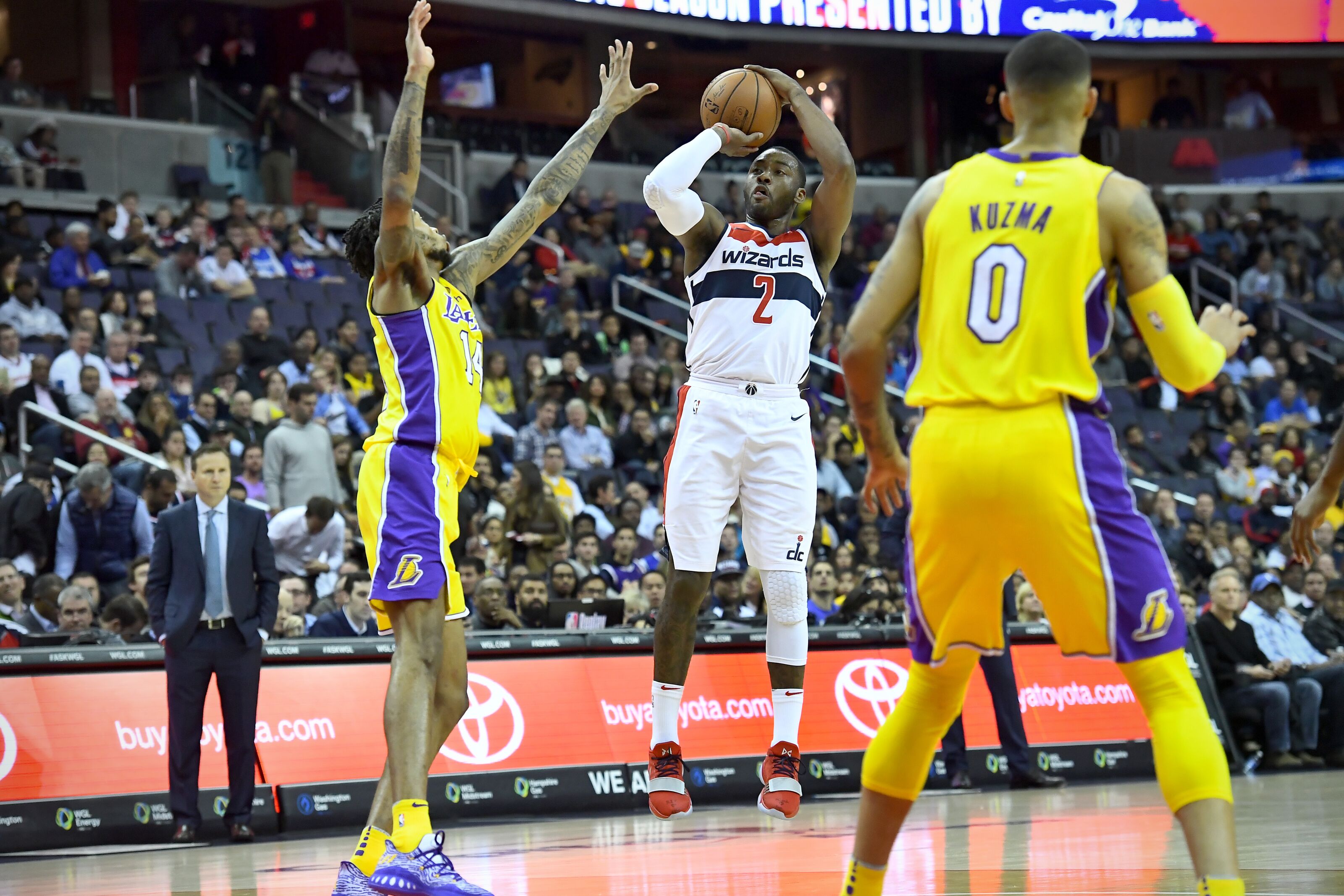 The Washington Wizards will round out an eventful (and confusing) weekend when they host LeBron James and the Los Angeles Lakers on Sunday.

You’d be forgiven you aren’t 100 percent sure who exactly is on the Washington Wizards (11-18) roster going into Sunday evening’s game against the Los Angeles Lakers (17-11). To make matters even more confusing, after the trade that wasn’t and then suddenly was, the new-look Wizards will be without two familiar faces and also without a familiar face they’re supposed to be welcoming back. Everyone keeping up so far?

In case you missed the madness, here it goes: After a Friday night three-team trade was squashed because the Memphis Grizzlies and Phoenix Suns got their Brookes mixed up, the Wizards and Suns cut out the Grizzlies and basically redid the trade that exchanged Kelly Oubre Jr. and Austin Rivers for Trevor Ariza. This is Ariza’s second stint in Washington, where he played from 2012 to 2014, averaging 12.3 points, 5.6 rebounds, 2.3 assists per game.

But because the trade is not yet official, it is unclear whether Ariza will join the team in time to play on Sunday. Furthermore, and as a sheer coincidence, the Lakers were rumored as one of Ariza’s top suitors for weeks, and now go up against the team who just acquired him. And to make things even weirder, some suspect that Los Angeles may be Ariza’s final landing spot if the Wizards decide to flip him.

Thanks to this craziness, LeBron James coming to Capital One Arena in his first game as a Laker is now a minor storyline. Never mind that Wizards fans have had to process the departure of the beloved Oubre during all of this too. And lastly, not to mention that we’re also only a couple weeks removed from reports that the Lakers are pursuing a trade for John Wall to pair with James. The botched trade that came back to life has taken so much air out of arena that the talk is hardly about anything else!

Nonetheless, there is still a game to be played and the Wizards need to pick up a win soon. After falling to the Brooklyn Nets on Friday night, the Wizards have a four-game losing streak and are 2.5 games out of the playoffs. Here’s some key elements of the match-up that could play a role in the outcome.