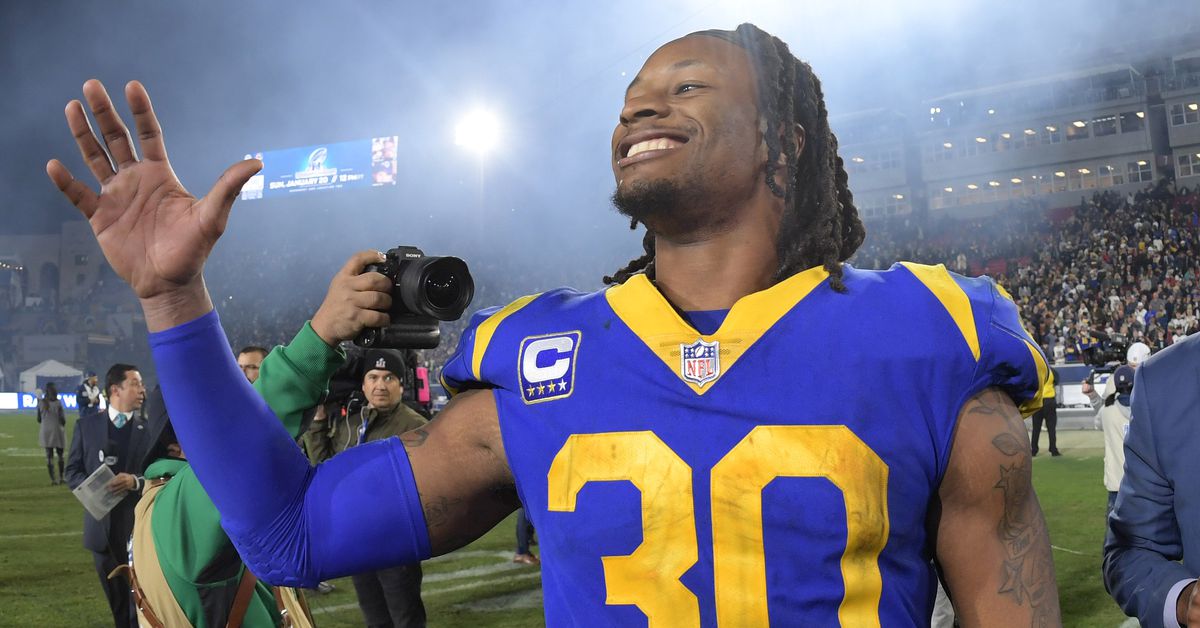 Los Angeles Rams’ running back Todd Gurley had another sensational year — and now he needs your help. When you’re done signing the petition to get Bill Vinovich and his crew ousted from Sunday’s matchup, head on over to NFL Network and give Todd your vote for FedEx Ground Player of the Year.

Despite missing the final three games of the 2018 regular season, Gurley wracked up some pretty phenomenal numbers. Missed time ultimately landed Gurley as the league’s third leading rusher, with 1,251 yards, behind only Ezekiel Elliott and and Saquon Barkley. But Gurley lead the league in rushing touchdowns (17) and combined rushing/receiving touchdowns (21).

Let’s have a closer look at the nominees:

Gurley won the FedEx Ground Player of the Week award in Week 6. Barkley won the honor in Week 11. Ezekiel Elliott did not win any of these awards or games last week.