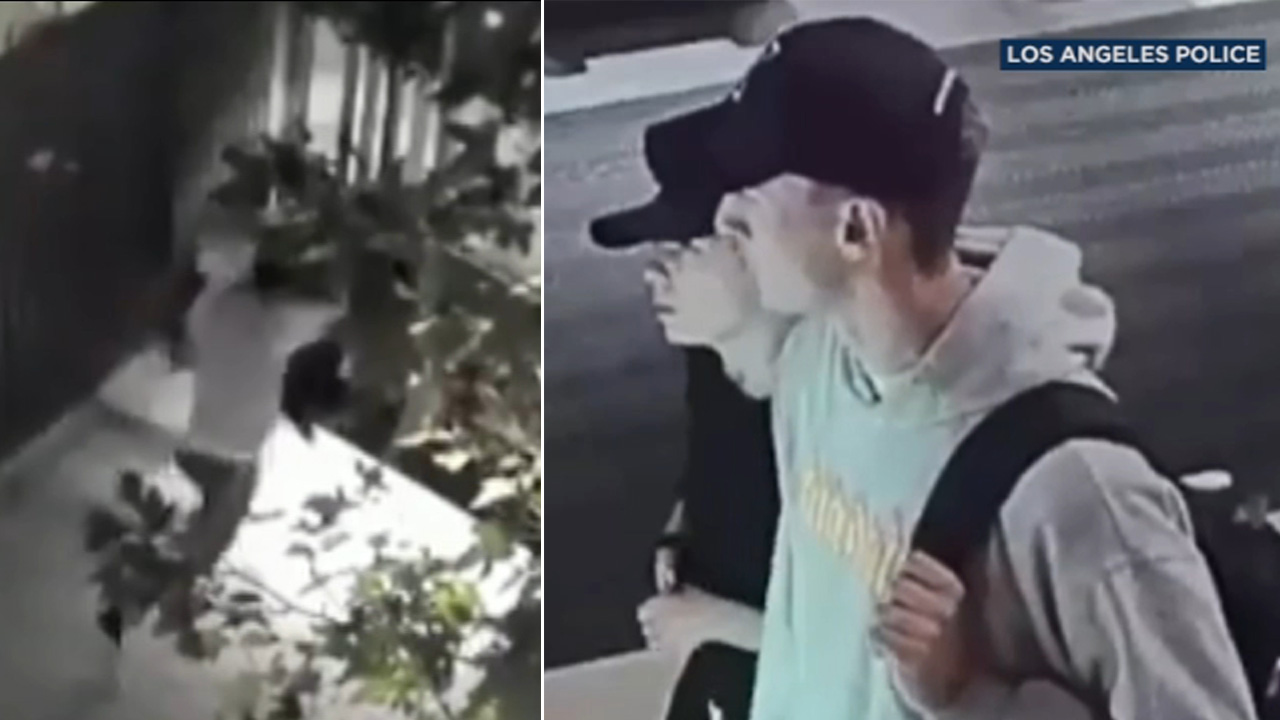 Authorities shared surveillance video they believe captured the attacker in a nearby parking garage.

The man was seen wearing a sweatshirt with the word “thrasher” on it and is seen in the company of a woman wearing a black hat.

Detectives are asking anyone who recognizes the man or the woman to please alert police.