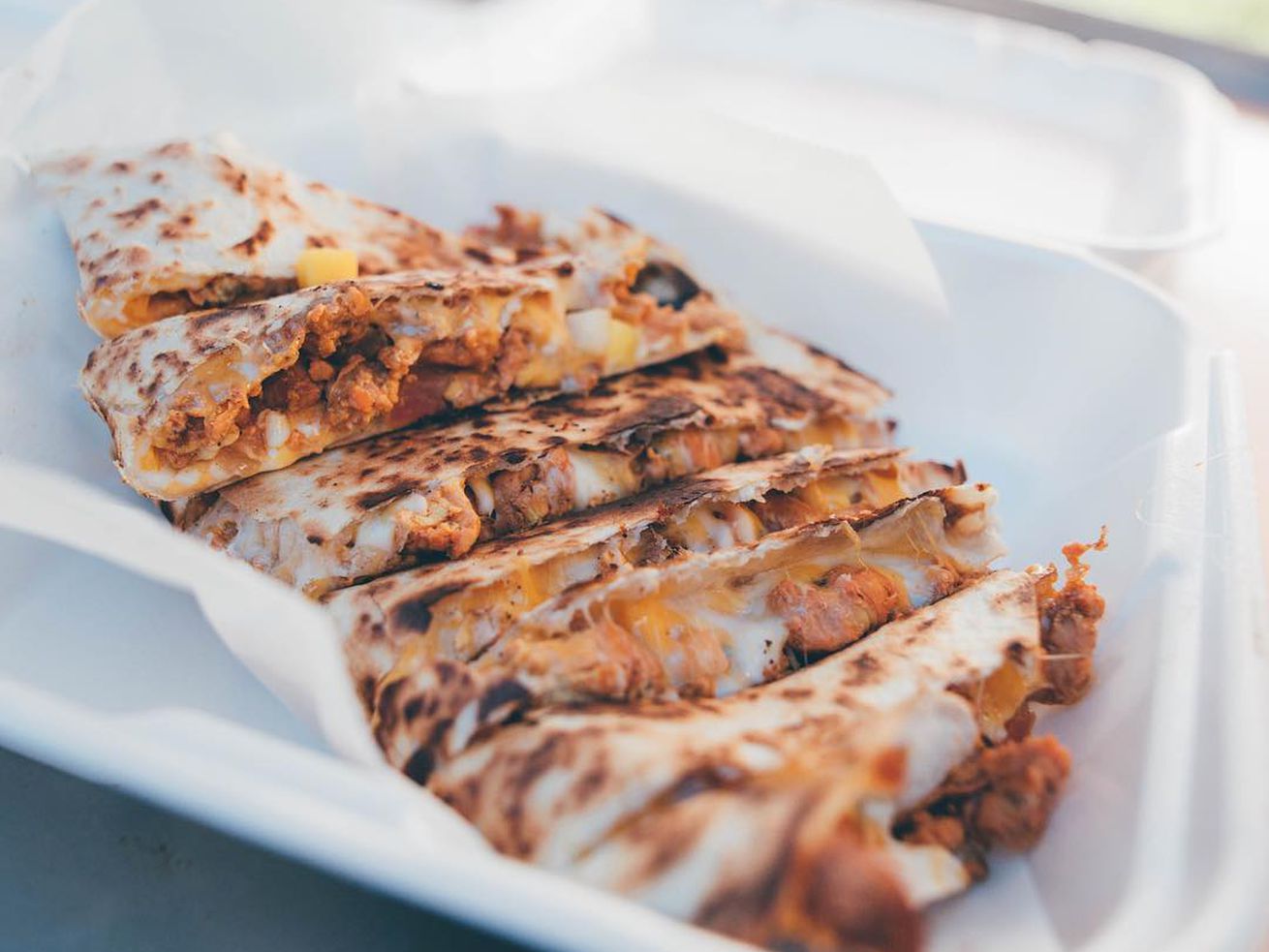 Two of the bigger names from greater Southern California’s modern street food movement are combining forces under one roof next year. Santa Ana’s 4th Street Market has secured deals with both All Flavor No Grease, the Watts-based LA Mexican-ish spot run by Keith Garrett, and La Vegana Mexicana, a popular plant-based stand that has been written up everywhere from NPR to the LA Times.

In an email sent around to customers, 4th Street Market’s operators noted the arrival of a whole batch of new tenants across their two-floor food hall. All Flavor No Grease is likely the biggest of the bunch, given Garrett’s outsized personality and his growing social media presence. The self-taught chef’s Instagram alone boasts 143,000 followers, and he has parlayed promotional appearances on places like the Steve Harvey Show into two food trucks, weekend cooks in Las Vegas, and a pop-up inside Villains Tavern in the Arts District. Now Garrett and his team will have a standalone Orange County counter to call their own, starting in January.

La Vegana Mexicana is one of a growing number of vegan-leaning street food operators currently making waves in both Orange and Los Angeles Counties. What makes La Vegana stand out, though, is the insistence on traditional Mexican ingredients and recipes, rather than fusion-y, Instagram-friendly plant-based food gimmicks. Owner Loreta Ruiz has parlayed that thinking into one of Orange County’s most well-known street food vendor setups, and now she’s also going legit in January. Other tenants planned for the 4th Street Market overhaul include Ground House Burgers and Steel Pan Pizza doing Detroit-style pies.

All the new tenants should help 4th Street Market keep an edge in the busy food hall game in Orange County. The area is absolutely overloaded with mixed-use retail and restaurant developments, including McFadden Public Market around the corner in Santa Ana, OC Mix Mart in Costa Mesa, and the Anaheim Packing House.