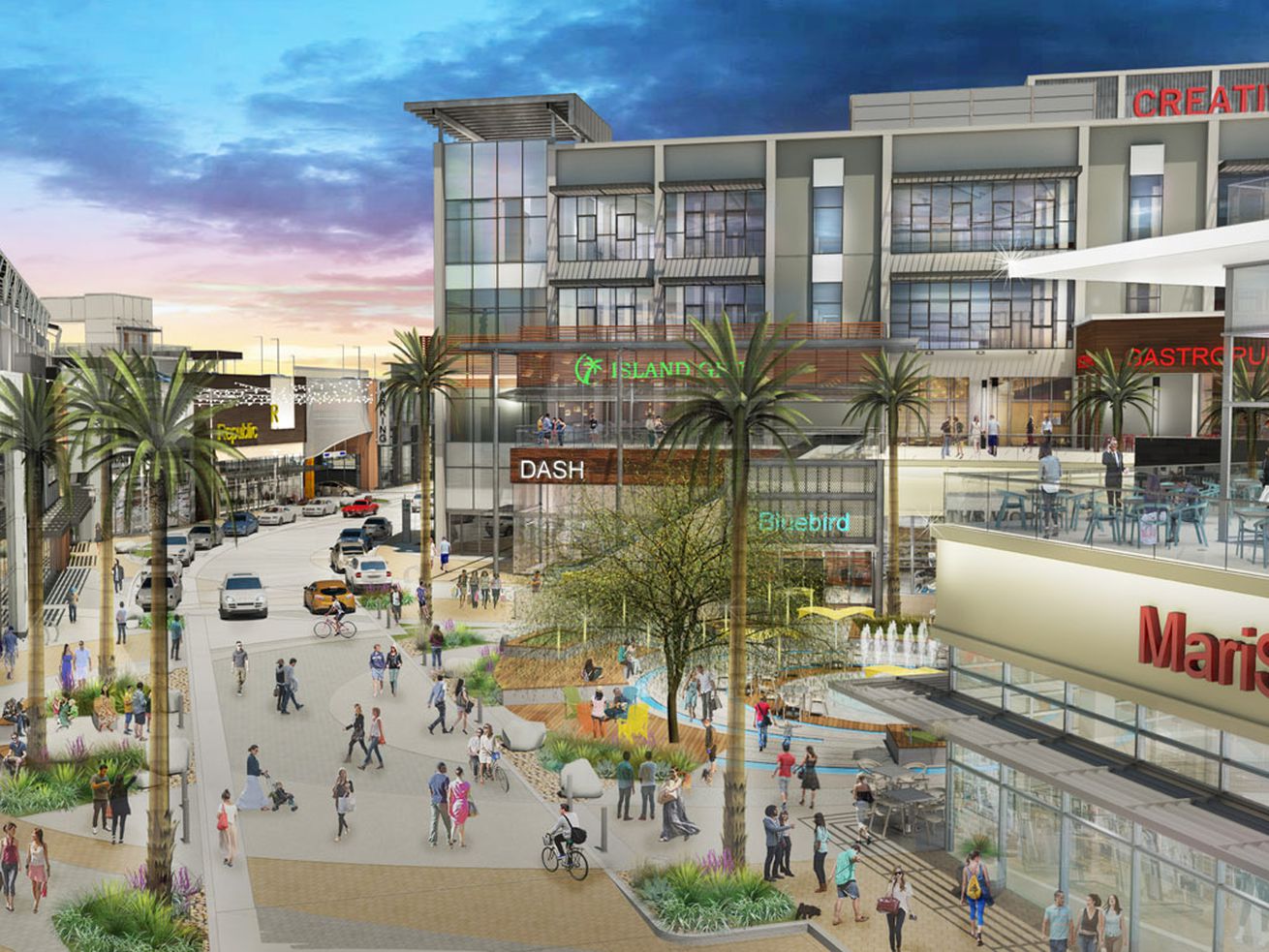 With construction well underway on North Hollywood’s NoHo West mall-turned-mixed-use-development, The Real Deal reports that Trader Joe’s has leased 15,900 square feet in the retail portion of the forthcoming multi-building project.

A grocery store was always planned for the complex, along with 642 apartments, up to 60 restaurants and shops, a gym, and movie theater.

The NoHo West project rises on the 25-acre site of the Laurel Plaza shopping center. The Macy’s that once served as the heart of the retail center closed in late 2016. The building is set to be converted into office space.

Other buildings on the site have been cleared away. In their place, developers Merlone Geier Partners and GPI Companies plan several buildings clustered around a main road through the project, which will be dotted with pedestrian plazas. About two acres of open space is also planned.

Work on NoHo West began in April 2017. The development is expected to be complete this fall.

It’s one of a handful of large-scale developments already in the works in the Valley, and it’s not the only revamp of a one-time retail center.

In Burbank, plans are in motion to raze the old Ikea in Burbank Town Center, replace it with over 700 apartments, and rehab the rest of the mall. In Warner Center, developer are working on a makeover of the Promenade mall that would including hundreds of housing units plus open space.