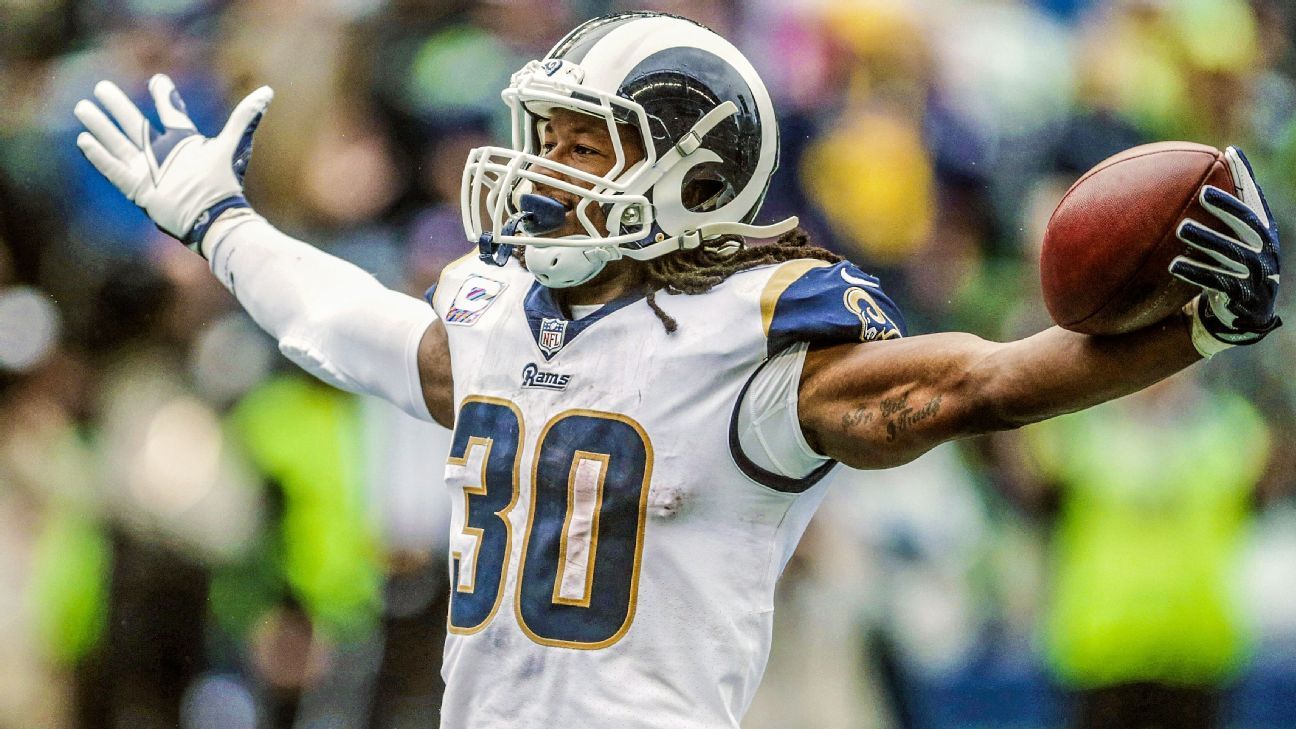 Gurley is listed as questionable on Friday’s injury report because of inflammation in his left knee. He has not practiced throughout the week.

McVay said Gurley will participate in a pregame workout Sunday to determine if he will play.

“We’ll see how he responds to some of the rehab that we’re doing over the next couple of days,” McVay said. “And really, when you’ve got that hour and a half to decide before the game your inactives, it will probably go right up until then. But like we talk about all the time, we’ll have some contingency plans in place and we’re going to do what’s best for Todd.”

Gurley has scored a league-high 21 touchdowns this season and ranks second with 89.4 rushing yards per game.

Depth at running back has recently been thinned because of injuries.

It’s possible, McVay said, that veteran C.J. Anderson, who the Rams signed Tuesday, could start if Gurley was unable to play.

Anderson spent five seasons with the Denver Broncos before he signed a one-year deal with the Carolina Panthers over the offseason. The Panthers waived him Nov. 12., and he eventually signed with the Oakland Raiders, who released him a week later.

“C.J.’s played a lot of good football in this league,” McVay said. “Been very, very impressed with how quickly he’s been able to pick things up rather seamlessly and that gives us a confidence that if he’s got to play a large role on Sunday that he’s more than capable and more than ready to do that.”

Trusted backup Malcolm Brown was sent to injured reserve after he suffered a clavicle injury in Week 13.

The Rams have since relied on second-year pro Justin Davis and rookie John Kelly, a sixth-round pick from Tennessee, to back up Gurley.

Davis, however, injured his shoulder last Sunday against the Philadelphia Eagles and also is questionable to play against the Cardinals.

Kelly was inactive through 12 games this season before he made his first appearance on special teams in Week 14 against the Bears. He played seven snaps on offense against the Eagles.