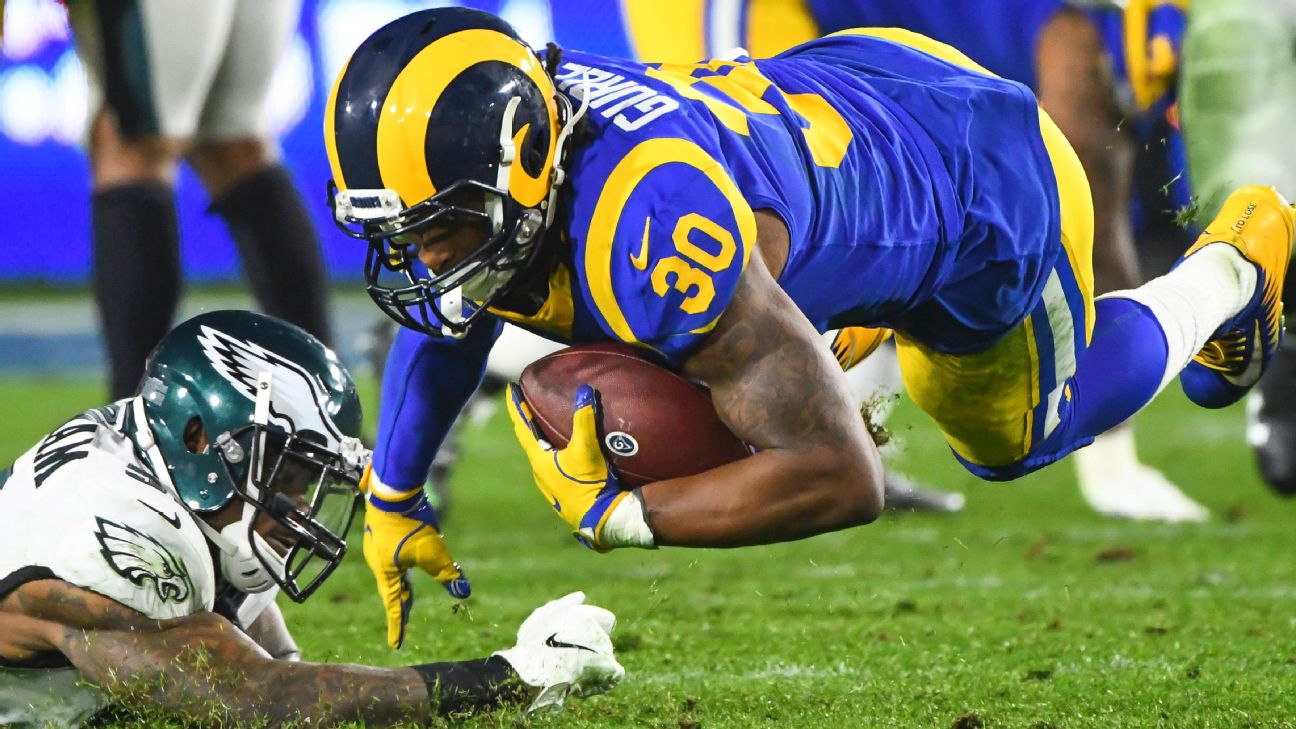 Gurley was sidelined for a series in the third quarter of Sunday night’s 30-23 loss to the Philadelphia Eagles.

After the game Gurley said, “I returned, so I was fine.” He rushed for 48 yards and two touchdowns on 12 carries and caught 10 passes for 76 yards.

The Rams (11-3) have clinched the NFC West, but have two regular-season games remaining against the Arizona Cardinals and San Francisco 49ers.

Despite a secured playoff berth, McVay said the final two games remained important and that he would prefer that Gurley play, if he was available.

“If he’s able to go, we want him to be able to go,” McVay said. “But if it’s something that whether you’re playing for the playoffs or whether you’re not, we’re always going to be smart with a player like Todd.”

Gurley ranks second in the NFL with 89.4 rushing yards per game and has scored a league-high 21 touchdowns.

Backup running back Justin Davis, who replaced Malcolm Brown after he was placed on injured reserve, also is day-to-day because of a shoulder injury.

In the 28-second clip, Peters is shown leaving the sideline to confront a fan. Using profanity, Peters repeatedly asked the fan where he was from before Rams personnel and safety John Johnson III escorted Peters back to the sideline.

It is unclear what the fan said to provoke Peters.

“I saw the video, got a chance to talk to Marcus,” McVay said. “He knows that we’ve got to be better in those situations.”

McVay said he was confident if a similar situation arises in the future that it will be handled differently.