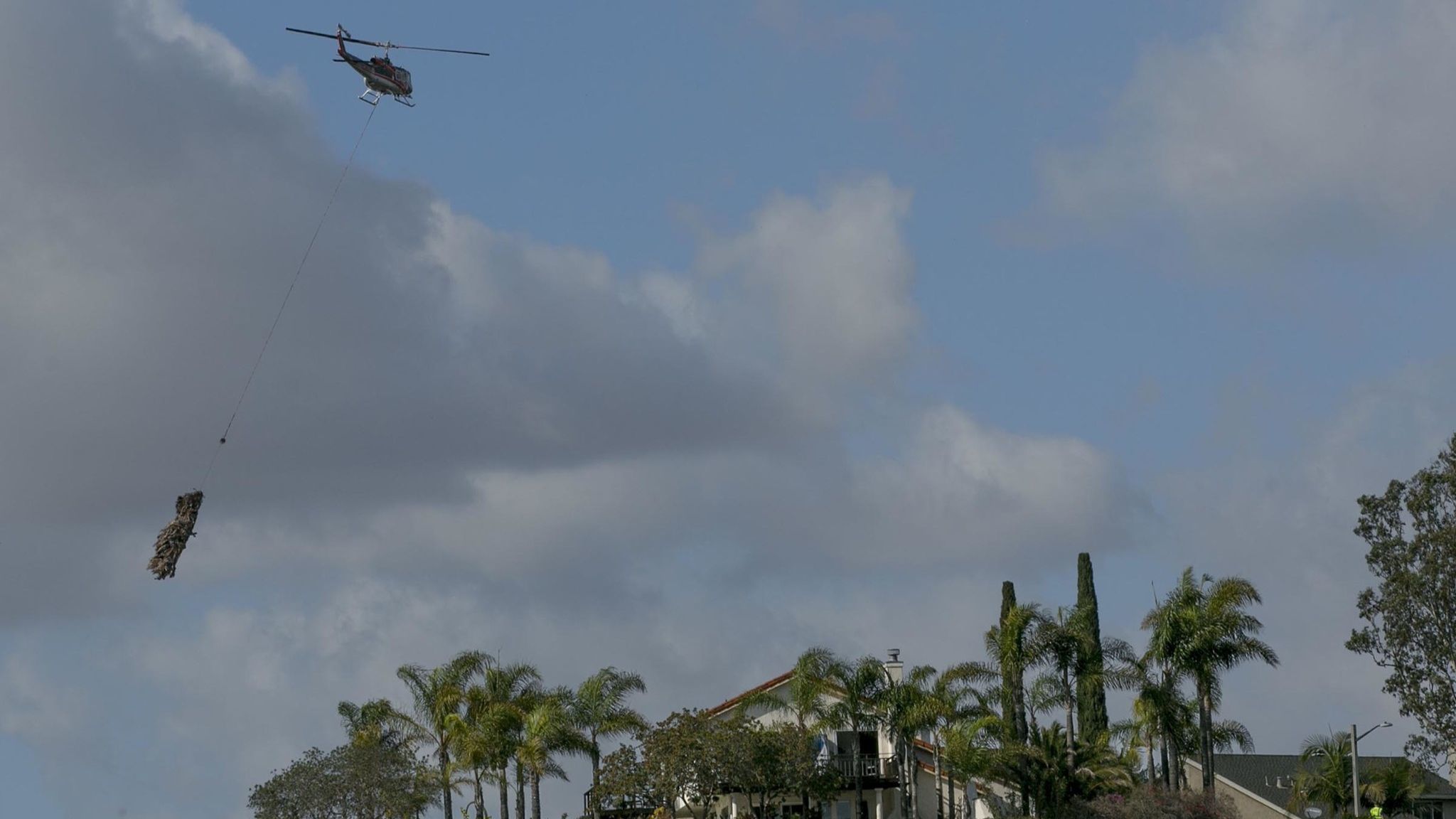 Crews, with helps from the city of San Diego, began cutting down the palm trees on Dec. 10. This week, they will move the trees by helicopter to the Sycamore Landfill each morning until they finish, probably on Friday.

“They put a choke cable onto the tree, and the helicopter lowers down a cable with a hook,” said Eric Bowlby, executive director of the nonprofit San Diego Canyonlands.

The nonprofit hopes to bolster native trees in the area like coastal live oaks and willows, while also reducing significant wildfire risk posed by the palms.

“The palm trees have a giant veil of dead palm fronds, and they are unmaintained in a location like a canyon,” Bowlby said by phone on Thursday. “It’s a tremendous amount of dry fuel on each one of these trees.”

“Should there be a fire, they burn like Roman candles,” he said, explaining that the flaming fronds get blown easily around by winds.

The project, which is taking place in Rueda Canyon, will be covered by a $250,000 state grant that San Diego Canyonlands secured with help from the San Diego River Conservancy.

A similar project was completed in 2014 in Shepherd Canyon, also in Tierrasanta. Crews removed 69 trees that time, Bowlby said.

This week’s Rueda Canyon project is the largest ever undertaken by San Diego Canyonlands, he said.