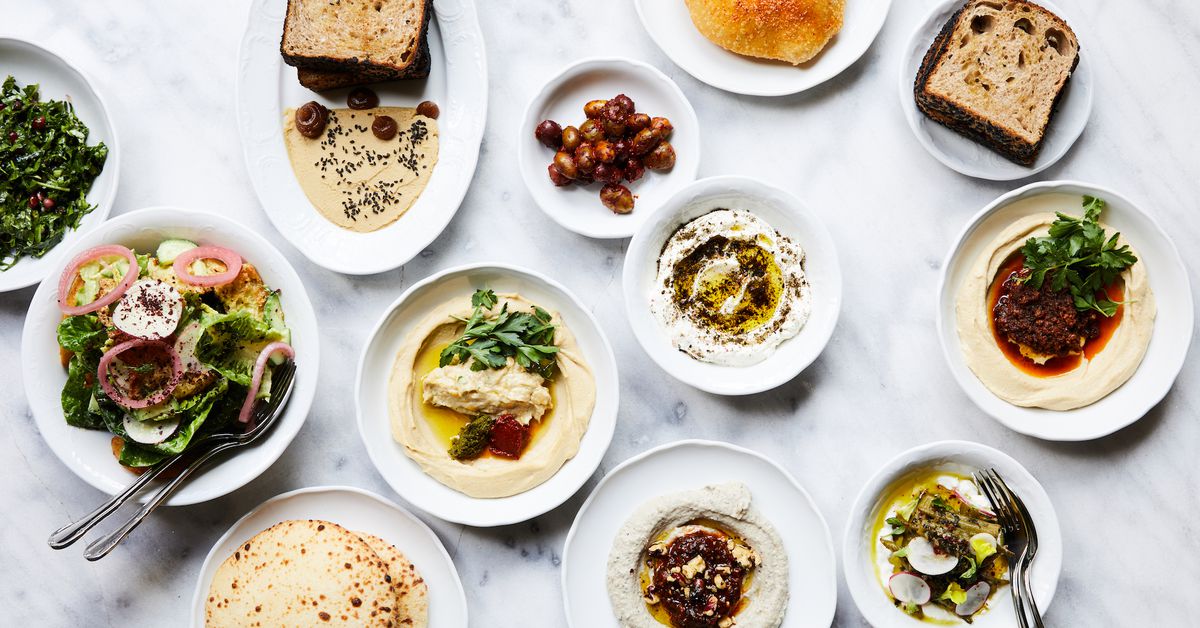 Welcome to Year in Eater, an annual review of some of the best and notable openings and restaurant news that took place in Los Angeles over the past year. Eater LA asks writers, editors, and food luminaries to pitch in to help summary the incredible year in dining that was 2018. Here now, the top new restaurant openings in LA.

Bavel, of course. Also Porridge + Puffs (finally!) and Guerrilla Tacos (though I do miss the truck).

I’ve been looking forward to Bavel for years, and while L.A. has recently added some great modern Middle Eastern restaurants, none can compete with Bavel’s ambition or energy. This is the rare case when a restaurant was truly worth the wait.

The years-long gap between her Hollywood run and triumphant return in Historic Filipinotown must have been tough for chef Minh Phan, but Porridge + Puffs 2.0 also delivered in a big way. It’s hard to imagine more imaginative, well-balanced bowls than what she’s turning out in her airy cafe. Phan’s griddled brown butter mochi with miso caramel is also a masterpiece.

Katherine Spiers, host of Smart Mouth and co-author of Rogue 99

Banh Oui — technically it’s been around a while in various pop-up forms, but it is finally a brick and mortar as of this summer. If there’s a rib special on the menu, get it.

Majordomo — stunning. Can’t remember the last time I was that excited to go back to a restaurant. The more high-profile suspects; APL, Bavel, Alta Adams all did their thing and lived up to the hype. Less on-the-radar: dan in Pasadena. Man those blue crab and pork xiaolongbao are the perfect LA cold-weather food.

I am still trying to catch up with the newcomers of 2017, but I really liked Gabi James, Guerrilla Tacos, Makani, Alta Adams, Tumbi, NoMad LA, Tel Aviv Fish Grill, Porridge & Puffs, Wood & Water and Wilshire with Brendan Collins at the helm.

Bavel and Majordomo. The Ali vs. Frazier of 2018 dining

This was a tough one for me. I wrote a Best New guide for Time Out this year, and in the process I decided it needed to not be a Top 10, but a Top 15—because in addition to the heavy-hitters like Bavel and Majordomo and APL and the NoMad, there were so many perfect neighborhood spots that opened and deserved their due. Porridge & Puffs, Little Prince and Ma’am Sir all made the cut.

Majordomo made a major splash straight out of the gate. Simone and Hippo were hotly anticipated, pretty fun, but ultimately kind of safe. Bavel and Porridge + Puffs are so essential that they feel as though they’ve been a part of the dining landscape forever.

Bavel was a long time coming, but boy has it managed to make itself stand out. It’s just as flavorful and fun as Bestia and about 80% as boisterous, which is a very good thing. But in terms of nailing a concept and feeding a neighborhood, it’s hard to beat Joy on York in Highland Park. Talk about a place that fits a need and feels perfectly LA.

Majordomo. I was honestly very skeptical that David Chang’s first LA restaurant would be a success, but he clearly moved away from formulas that worked in NYC and other cities and crafted a unique narrative for LA, one that diners here accepted and now cherish after about one year of operation. It’s a triumph on nearly every level, and signals future success for Chang’s budding West Coast empire. Let’s see how Angelenos take to the upcoming Momofuku Noodle Bar. Beyond Majordomo, my votes go to Joy, Bavel, Hippo, Alta Adams, APL, Somni, Porridge + Puffs, Makani, Mason’s Dumpling Shop, Hasiba, Tacos 1986, and Tesse rounding out what might be the most incredible year of restaurant openings in LA since I started writing about food professionally.