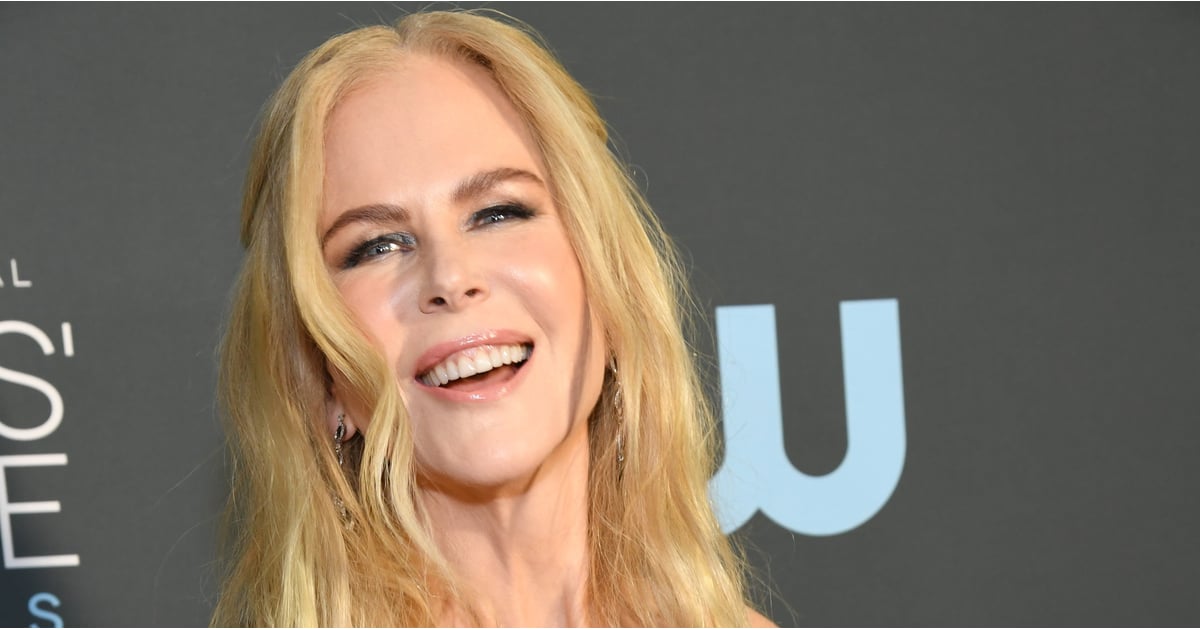 The actress arrived at the Critics’ Choice Awards with smoky eyes and an ethereal, peachy glow — reminiscent of the one she had as Queen Atlanna in 2018’s Aquaman — framed by her cascading blond waves. But what was most eye-catching about her red carpet look was her set of long, fluttering lashes, which her makeup artist Kate Synnott said was on purpose. “Nicole’s beautiful dress had [a] classic mod vibe to it, so we went for a Brigitte Bardot-inspired look with a little extra drama on the lashes,” she told POPSUGAR. Kidman wore KISS Lash Couture ($6), faux mink lashes that only cost $6. “I used both the small and medium on Nicole to give a modern ’60s look! I always fill in the gaps with the short, and then build on top — every second lash — with medium lashes for extra drama and volume.”