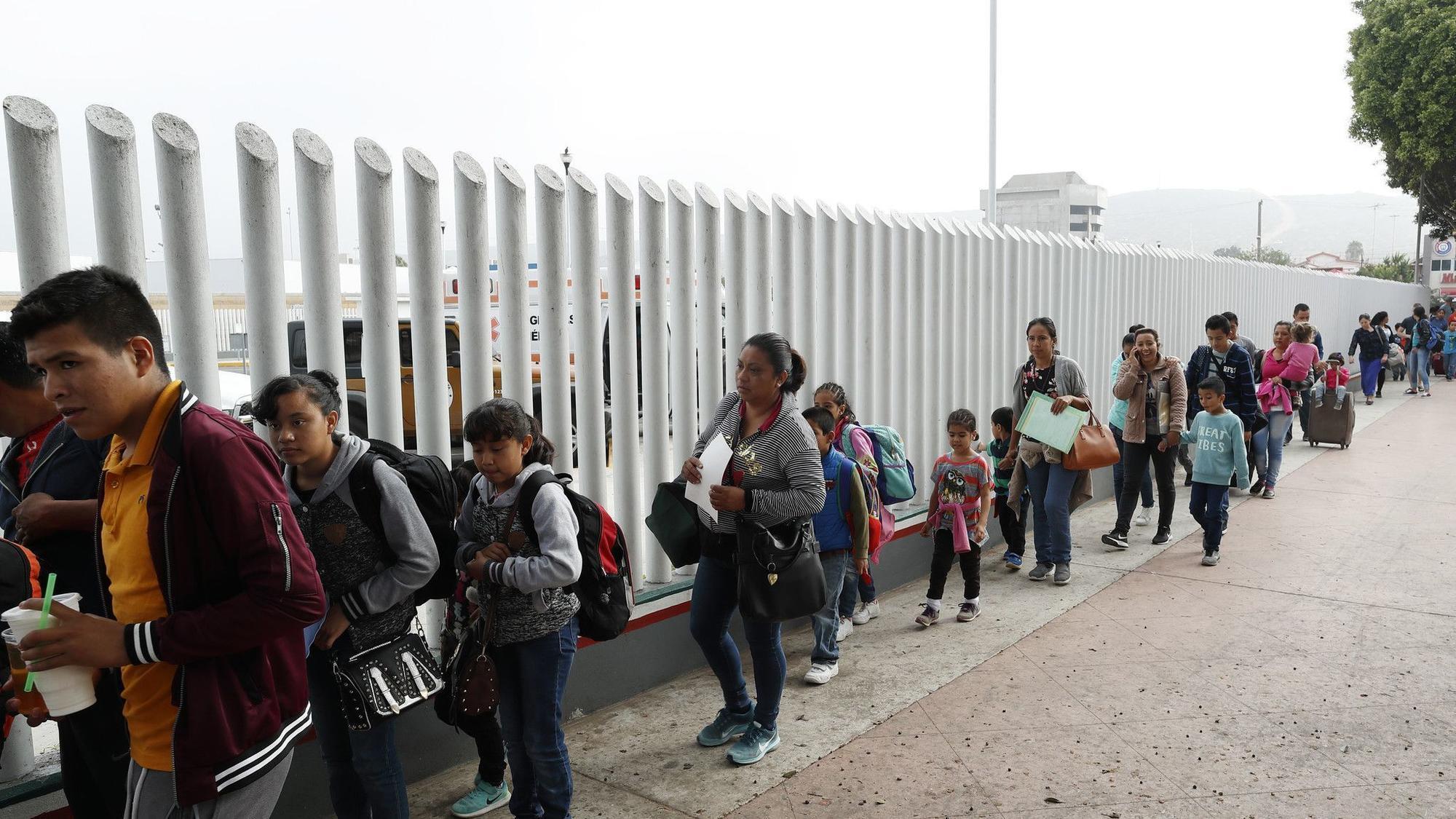 For immigrants, there’s no way to sugarcoat 2018. The Trump administration enacted a series of draconian policies targeting noncitizens, and the one that will most define the year — and this administration — is the separation of thousands of children, some less than a year old, from their mothers and fathers at the U.S. border.

Conceived as a means to deter people from seeking refuge, the scope of the “zero tolerance” family separation policy was unprecedented, notwithstanding the administration’s claim that past presidents engaged in similar practices. The government took more 2,500 children away from their parents. The government did this systematically, without regard for the trauma that would inevitably follow and without a plan for how these families could ever be reunited. This was the worst policy I’ve seen in more than 25 years of civil rights work.

Of course, this was not the only attack on immigrants by the administration, which is also seeking to rescind the Deferred Action for Childhood Arrivals program, putting 800,000 young people who were raised here at risk of being deported. The administration has also enacted an asylum ban and abruptly taken protected status away from hundreds of thousands of people who fled wars and natural disasters decades ago.

And yet what I saw this past year has made me hopeful.

I spent much of the year traveling the country making legal arguments in defense of immigrants. I experienced the power of our courts to return children to their parents, affirm the fundamental right to seek asylum and stop entire communities from being hastily deported to countries where they fear persecution and torture.

Even the president must answer to an independent judiciary.

Our courts not only held the line in numerous cases involving the government’s worst abuses, but also issued decisions that spoke to the country we aspire to be.

The Supreme Court refused to undo a stay on the administration’s asylum ban last week, letting a federal court injunction against it stand. Those same federal courts issued emergency stays stopping Immigration and Customs Enforcement from deporting, without due process, Iraqis in Michigan, Indonesian Christians in New Hampshire and New Jersey, Cambodian refugees in California, and Somalis in Florida. At a hearing in Boston over whether ICE could deport Indonesian Christians without allowing them time to present evidence that they would be persecuted because of their faith, federal Judge Patti Saris noted, “After the Holocaust boats were turned away during World War II, the country said, ‘Never again are we going to do that.’ ”

In June, federal Judge Dana Sabraw was equally pointed when he halted the practice of family separation, saying it was “brutal, offensive, and fails to comport with traditional notions of fair play and decency.” And when the administration argued that the ACLU — and not the government — should be responsible for finding hundreds of parents who had been deported without their children, Sabraw was unequivocal: “The reality is that for every parent who is not located, there will be a permanent orphaned child, and that is 100 percent the responsibility of the administration.”

Notably, in each of these cases, judges rejected the government’s assertion that the courts lacked authority to intervene. In doing so, they reaffirmed one of the fundamental tenets of our nation: Even the president must answer to an independent judiciary.

Ironically, many of the immigrants in these cases were fleeing to the United States precisely because their home countries lacked independent courts to protect them, yet when they arrived here, they encountered an administration intent on blocking their access to our court system. Although not every migrant or asylum seeker has been helped, judges have stepped in to reestablish justice at the border.

Enter the Fray: First takes on the news of the minute from L.A. Times Opinion »

I am also energized by how the public has responded. The demonstrations over family separation — there were tens of thousands of protesters at 600 marches across the country — may be the closest the U.S. has come in my time at the ACLU to the type of civil rights moment we experienced during the 1960s. My inbox was flooded with messages from every corner of the country, from individuals asking how they could help. Laura Bush, the pope and the United Nations all publicly condemned the family separation policy. Members of Congress flew to the border to demand access to government facilities, and journalists set out to expose the worst government practices.

And I take heart from the immigrants I’ve met in the past year, particularly the families who were separated: mothers and fathers who came to this country seeking refuge, only to see their children taken and traumatized before their eyes. One of our clients described how the government made her strap her 18-month-old son into a car seat but would not let her comfort the child when he began crying. Instead, the car drove off with the child while he stared out the window at his disappearing mother. Another of our clients recounted the helplessness she felt when all she could do was tell her little boy to be brave while agents dragged him away.

These mothers’ resilience and that of so many other immigrant parents should be truly inspiring to those of us who don’t face dire circumstances. They, along with an independent judiciary and an engaged public, are my source of hope for 2019.

This article is one in a series offering reasons for optimism in 2019.