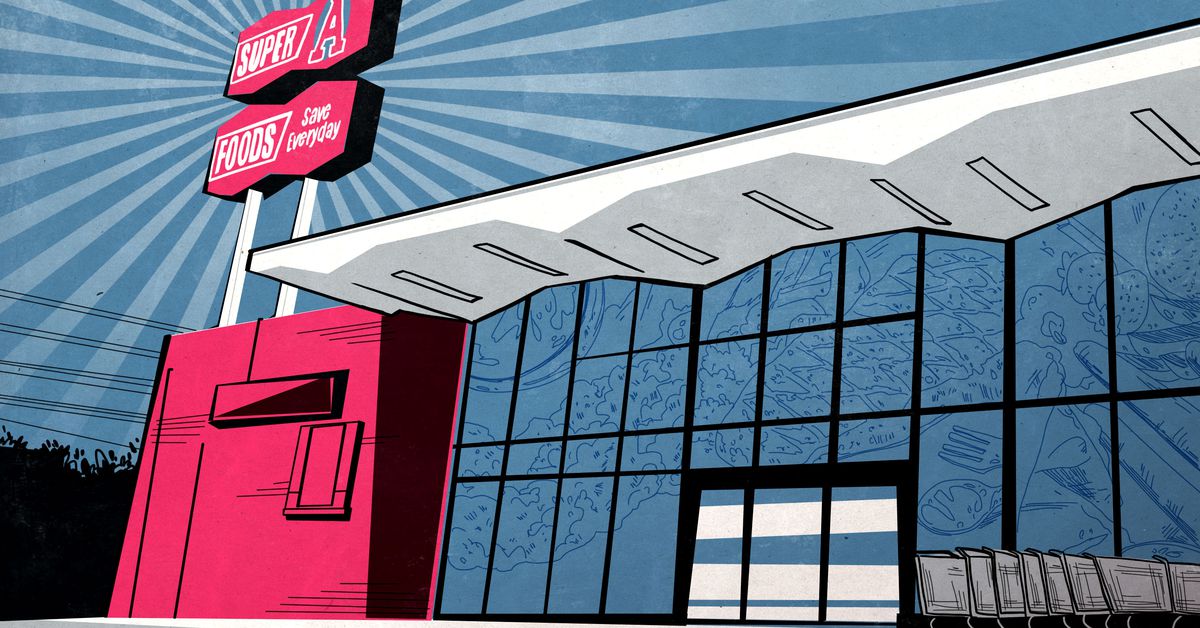 One of the curious side effects of living in Los Angeles is that the mundane scenery of life is sometimes transformed into something more momentous. The latest brunch hotspot gets used to prop up the Insecure cast’s hipster bona fides. A local tourist attraction becomes a stand-in for one of The Good Place’s many iterations of heaven. And sometimes, a Sunday detour for some grilled chicken takes place mere steps from the spot where, in an alternate universe, A Star Is Born’s Ally Campana spontaneously composed the song that would make her a superstar.

In our actual timeline, heavy Oscar favorite “Shallow” is the work of four separate songwriters, not a down-and-out singer and a wasted rock star who manage to turn a few bars’ worth of humming into a concert-ready banger in a matter of hours. But the site of Ally’s debut performance, a Super A Foods supermarket in Northeast Los Angeles, is very much real. And like the dog from Widows or the demonic spirit from Hereditary, the grocery store — an architectural gem in its own right with a prior history in the film industry — is one of those minor-yet-vital supporting players that deserves its own spotlight.

For such a classic Hollywood story, this latest remake of A Star Is Born is almost shockingly ambiguous from a geographic point of view. Where the 1937 original literally opens with an unmistakable overhead of Los Angeles at night, the 2018 version prompted a spirited debate on social media around its intended setting, including an official response from the film’s production designer. Personally, I was under the impression that director-star Bradley Cooper had moved the action to New York until his character casually brought up a motorcycle ride to his home state of Arizona. The first truly iconic L.A. landmark to make an appearance is the Chateau Marmont, with its stunning roof views and much-memed billboard right outside, and even then only after Ally has reached mononym levels of fame.

But to some Los Angeles residents, particularly its neighbors in the gentrifying but still largely Latino enclave of Glassell Park, the Super A, too, is a local icon. “Super A’s there for you, but it’s not like, all the way there for you,” explains Javier Cabral, a food writer raised and still based in Northeast L.A. It’s a rapidly changing area that encompasses such neighborhoods as Glassell Park, Mount Washington, and Highland Park, home to Marc Maron’s garage as well as a long history of working-class Latino communities. “Super A is a supermarket that still exemplifies old-school L.A., before it became globalized, before this new wave of supermarkets came in,” Cabral says. “And their products still reflect that.”

Founded in 1971 by Lou Amen, Super A remains a family business, with eight extant locations across the Los Angeles area. Super A distinguishes itself from other local chains, including the similarly named Super King down the street, by intentionally catering to Latino and Asian immigrant populations. Which also means, before ambassadors like the late Jonathan Gold worked tirelessly to bring those communities’ food to the attention of the city’s wealthier, whiter consumers, that Super A stepped in to fill an underserved market. Cabral recalls being shocked to discover that his local Super A stocked huauzontle, a Mexican herb that’s typically difficult to track down in the U.S. “Super A’s have been ignored by the people who claim parts of the city are food deserts,” Cabral says. “Because Super A’s have always been there for people! That’s still my mom’s number-one supermarket in East L.A.”

Local flavor and authenticity were exactly what Super A was meant to supply in its latest high-profile cameo. “If a grocery store can possibly be cinematic, it’s this one,” cinematographer Matthew Libatique told radio station KPCC in an interview, parts of which were excerpted for KPCC-owned site LAist. “It was meant to root [Ally’s] existence on the east side of Los Angeles.” According to Libatique, production designer Karen Murphy wanted that specificity to contrast with Cooper’s Jackson Maine, whose woodsy retreat looks like it could be practically anywhere, though it’s actually in the hills between Calabasas and Malibu. Ally, meanwhile, knows exactly where and who she is — the kind of girl who drunkenly punches out a cop, then ices her fist with a bag of frozen peas from her local Super A.

The actual Super A building, which dates back to 1967, is a prime example of midcentury modern architecture, the angular, stripped-down style now beloved of Instagram influencers but originally pioneered by California architects in the 1930s — and which subsequently caught the eye of filmmakers like Curtis Hanson, whose L.A. Confidential prominently features Richard Neutra’s Lovell House. “A lot of it is about the glass and steel, the square cube shapes,” says architecture writer Sam Lubell, the author of several books on midcentury modern; he mentions Pierre Koenig’s Stahl House, seen in such films as Galaxy Quest, as the classic example that comes to most people’s minds. “That’s a big part of it, but the interesting thing is there’s a lot more. There’s a ton more variety to midcentury modern than just that glass, steel box.”

That variety includes Googie, the quirkily named midcentury subgenre most commonly associated with diners, though the occasional supermarket does qualify. (In fact, Googie’s namesake is a coffee shop designed by seminal modernist John Lautner.) “Googie is vaguely space age,” Lubell elaborates. Buildings, with their trademark straight lines and sharp angles, “remind you of taking off in flight. It’s all inspired by rockets going off, dreams of going to the moon. Also car culture and airplane culture” — sometimes quite literally, as with the swooping Theme Building at LAX. And Googie structures can be found in all kinds of unlikely places: Dodger Stadium. The Cinerama Dome, a movie theater down the street from The Ringer’s offices. Grocery stores. “It’s not just for fancy villains,” Lubell says of midcentury modern, referring to the cinematic cliché highlighted, and criticized, in the seminal documentary Los Angeles Plays Itself. “It’s in shopping centers and very utilitarian buildings.”

The Star Is Born Super A has a few characteristics that mark it as a Googie building. The angled roof and space-age fluorescent lighting fixtures run uninterrupted from the interior to the exterior, inside-outside integration being a hallmark of midcentury modern as a whole, from Frank Lloyd Wright forward. Lubell describes the funky, double-hexagon-shaped sign as “atomic-looking,” in keeping with Googie’s Jetsonsesque, retro-futuristic vibe. And though the facade has since been turned opaque, it once allowed the bystander to see directly into the store, an effect preserved for the ages in the market’s last big-screen appearance: in the 2002 Britney Spears film Crossroads, in which the characters make a mid-road-trip snack run on their way to Los Angeles. The effect on the viewer is to conjure not just L.A., but midcentury Americana as a whole, plus the nostalgia and, sometimes, run-down charm that come with it.

Stopping by the supermarket on a recent Sunday, it’s immediately obvious that Cooper and his crew didn’t use the Super A’s interior, which has less harsh lighting and more dried chilies than the version in the movie where Jackson gets papped by the cashier. But even though it’s the middle of the day, not the wee hours of the morning after an epic bender, one’s impression of the place is the same. The customers are mostly families; the goods aren’t too expensive. Unlike performance venue the Virgil, which the movie transforms into Ally’s native drag bar, or iconic venue the Greek Theatre, repurposed for the site of her breakthrough performance, the spirit of this particular location has been preserved rather than tampered with. The feeling, over all, is far more L.A. than La La Land. “That’s what Super A is; it’s very much a neighborhood market,” Cabral says. “It’s still a supermarket for the people.”