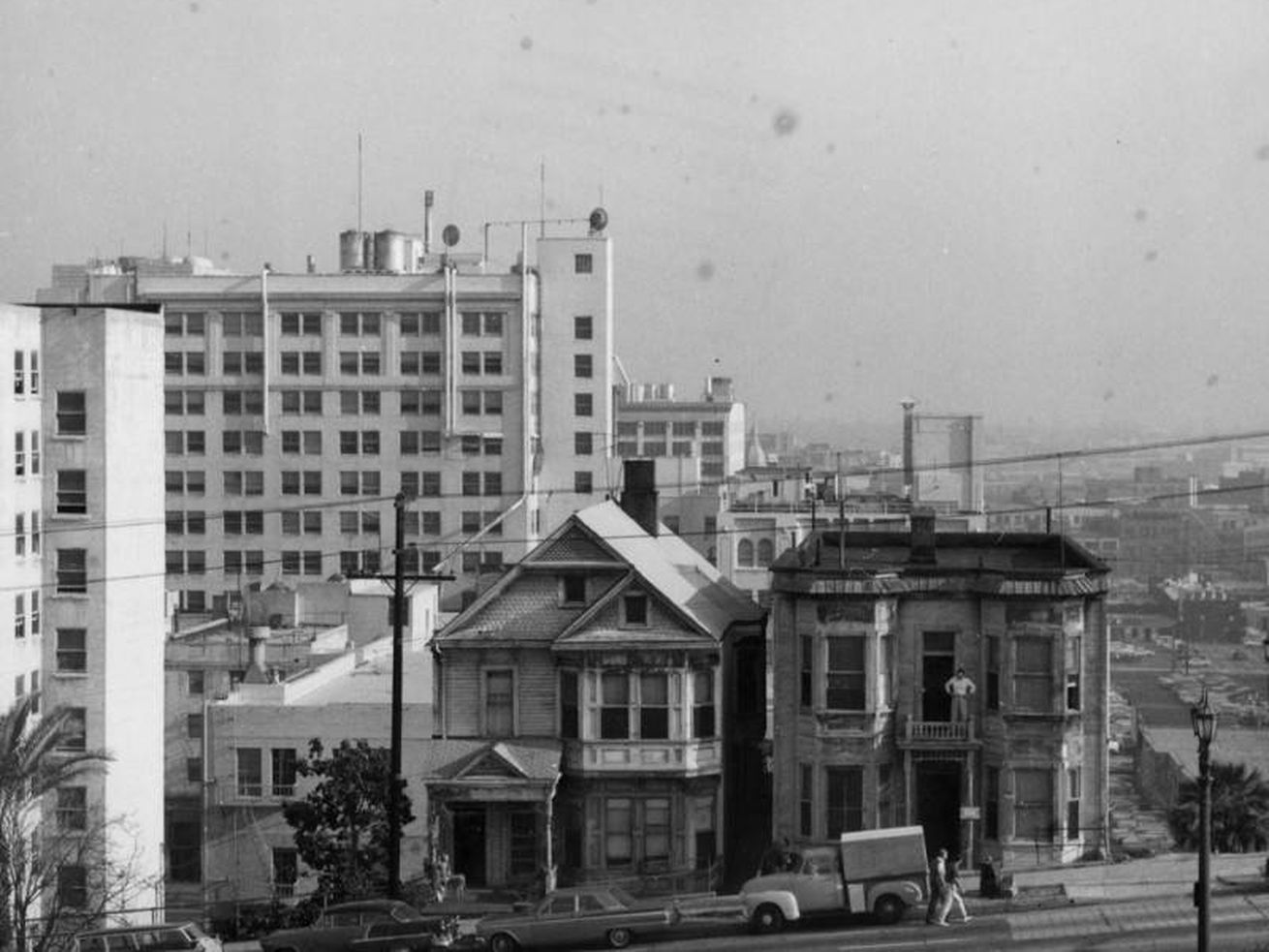 Los Angeles has changed a lot since the 1940s, and few neighborhoods have changed as much as Bunker Hill.

Once an affluent community filled with some of California’s finest Victorian mansions, by 1939, writer John Fante was describing its "frame houses reeking with murder stories" in his classic novel Ask the Dust. Today, Bunker Hill’s Victorians and creaky apartments are long gone, and the area has become the commercial and cultural center of Downtown LA.

A 2016 short film by Keven McAlester, released by the New Yorker, offers a split-screen view of Bunker Hill’s landscape—in the 1940s and today. McAlester has replicated archival footage of the area, possibly including B-roll from noir classic Shockproof. His reproductions of these tracking shots illustrate how much the area has changed in the last 70 years. A few recognizable buildings remain—including the Central Library—but for the most part, the only thing linking the side-by-side images is Bunker Hill’s distinctive topography.

In a particularly impressive sequence starting around the three minute mark, McAlester runs into a present-day road block, while a car in the 1940s footage rolls serenely through an amazingly traffic-free Downtown. The footage on the present-day screen turns into a complicated detour around the Bunker Hill Towers before the screens match up again at First Street, and suddenly both sides seem very recognizably Los Angeles.