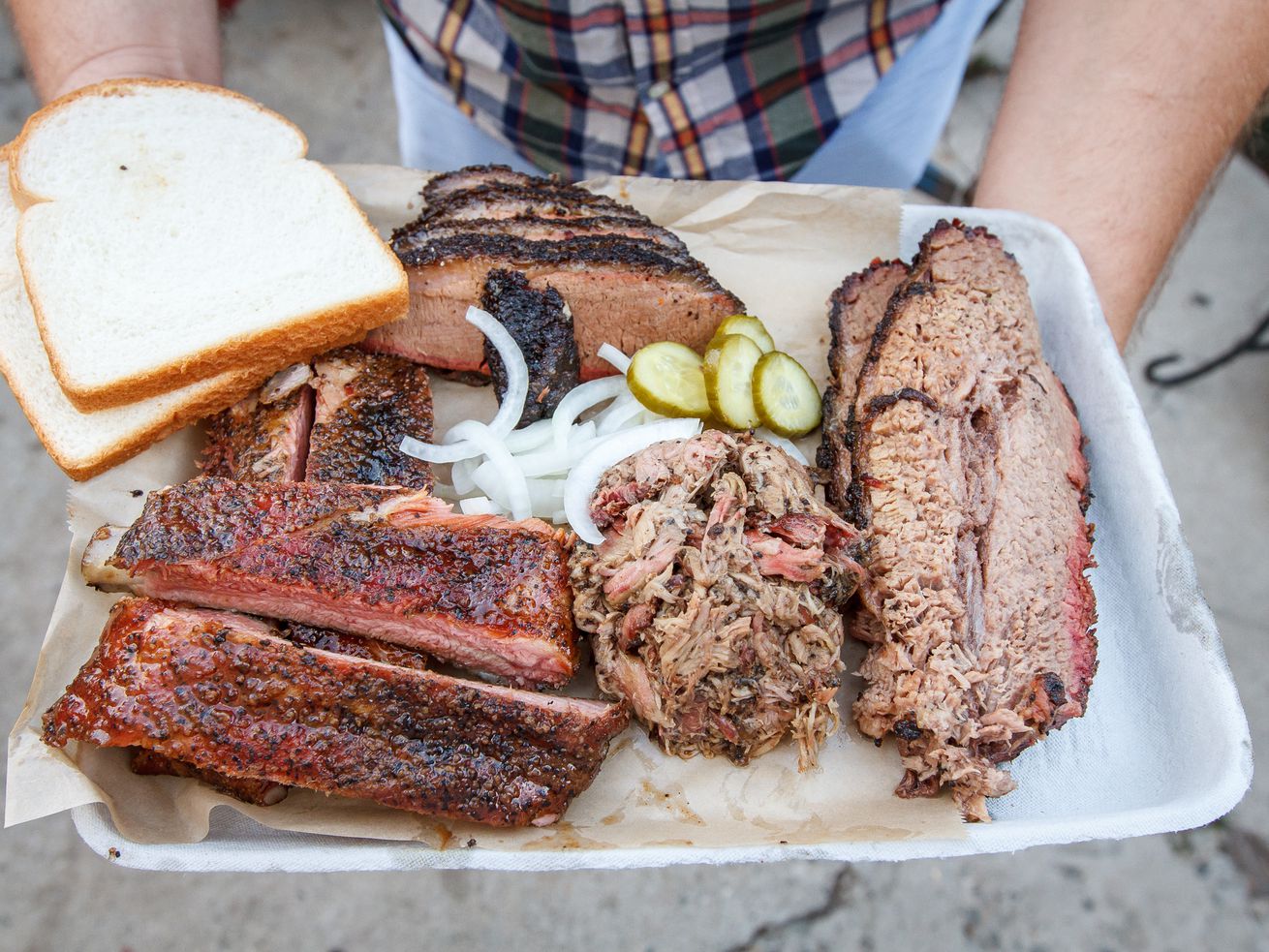 The Downtown food bazaar is back from hiatus

Downtown’s always-busy Smorgasburg returns to action this weekend, following a weeks-long holiday hiatus that started before Christmas. And, best of all, they’ve added some serious new firepower to the food lineup.

New permanent vendors joining the Smorgasburg team this year include Tacos 1986, the already-popular Tijuana-style taco stand that started in Hollywood but has now found a new home in Koreatown. That crew has been busy doing catering gigs, night shifts, and working on expansion plans already, but they’re finding time to squeeze in a weekly spot at the Row as well.

Next up is, of course, Moo’s Craft Barbecue, perhaps the best still-underground barbecue cooking in Los Angeles. The Texas-styled menu (by way of East LA, anyway) includes classics like ribs and brisket, with owners Michelle and Andrew Muñoz at the helm every Sunday.

Other new vendors include Broad Street Oyster Company, along with the rotating weekly burger stand to be manned this year by names like Darren Sayprahaj of We Have Noodles, Charles Olalia of Ma’am Sir, and Steve Samson of Rossoblu. They’ll all join weekly attendees like Mid-East Tacos, Shrimp Daddy, Burritos La Palma, Ugly Drum, and Big Mozz. The first new Smorgasburg of 2019 happens this Sunday, January 13 at the Row development in Downtown.