DENVER — Los Angeles Chargers safety Derwin James didn’t mince words when asked about the prospect of playing the Baltimore Ravens for the second time in three weeks on the road in the AFC wild-card round of the playoffs this Sunday.

“Playing at Pittsburgh, Kansas City and Seattle at the beginning of the season was big for us. We’ve played in all of those hostile environments, and it helped us.”

James has reason to be confident — the Chargers are 8-0 when they board a plane for a game this season, including road wins against the Pittsburgh Steelers, Kansas City Chiefs, Seattle Seahawks and a home game in London against the Tennessee Titans. 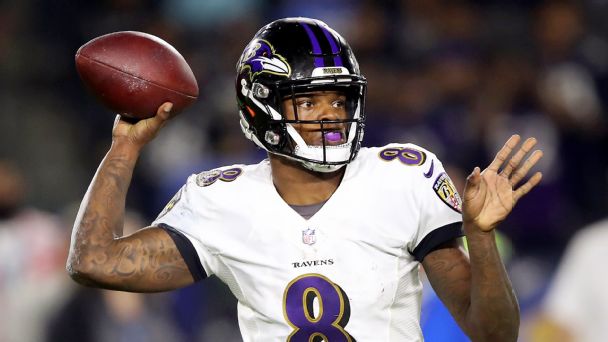 Tight end Virgil Green said he looks forward to the animosity he receives from fans on the road.

“We’re not going to lay down for anybody,” Green said. “We’re going to go compete and fight. I will tell you this: We do like hostile environments.”

Of course, the Chargers were tamed by the Ravens at home in Week 16, losing 22-10, the lowest scoring output by the Chargers this season.

The Chargers recorded a season-low 198 total yards and quarterback Philip Rivers was under siege most of the game, getting sacked four times.

“These guys smacked us around the last time we played,” left tackle Russell Okung said. “They got the best of us, so it’s a great challenge. We’re looking forward to getting back, checking out the film and getting better and heading to Baltimore.

“I think we’ve proven that we’re a resilient, persistent team and being on the road doesn’t bother us. So I think that really speaks to the character of our team, who we are and what we’ve been trying to do.”

Rivers doesn’t see an advantage for either team in the rematch.

“It absolutely will be interesting,” Rivers said. “A little bit of an extension to that first game to see the counter moves — a long halftime — to see what the counters are and kind of how this game gets going, what the strategies are on both sides.”