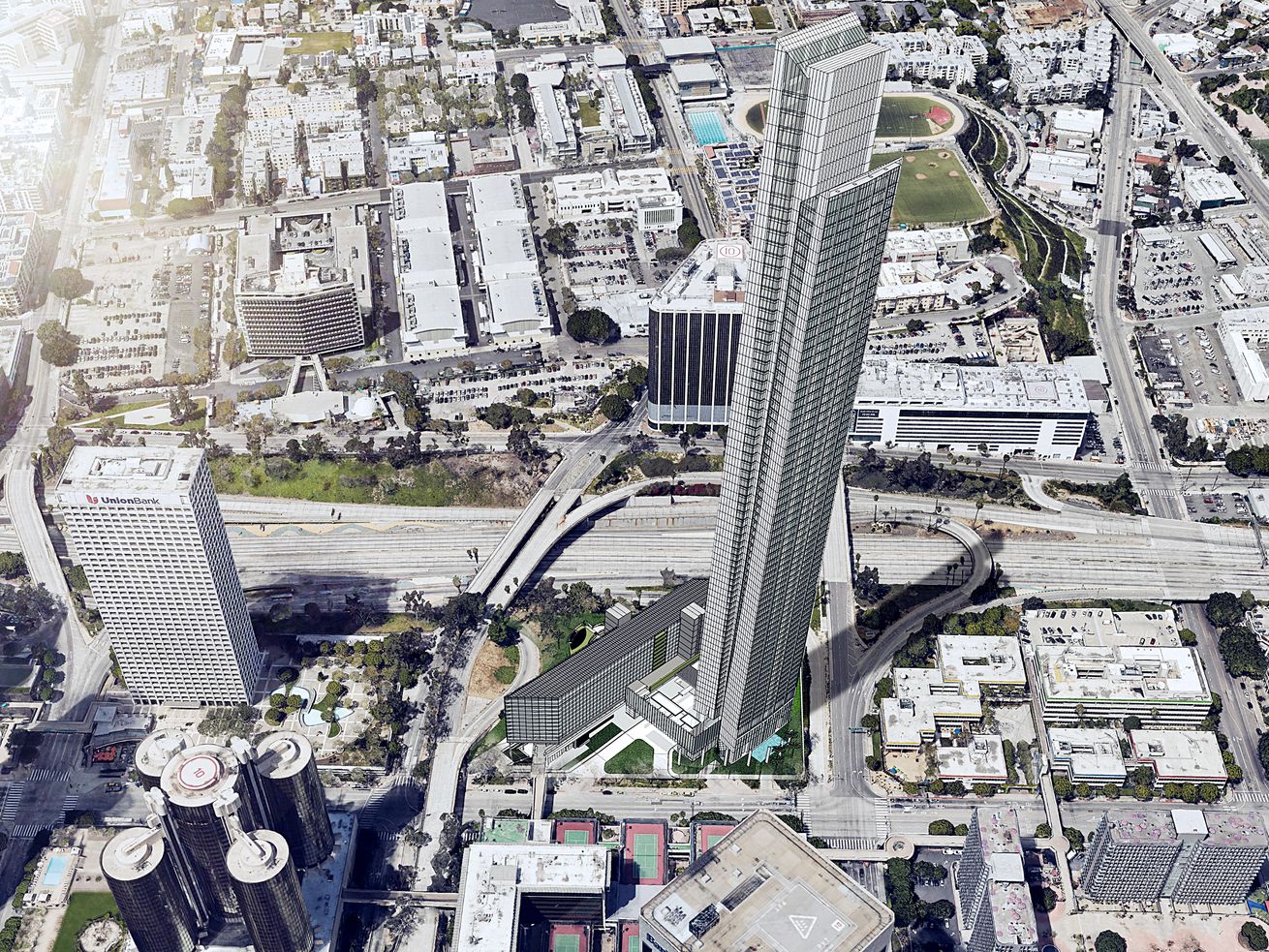 If built, the 77-story skyscraper would be a record-breaker

Developers of what’s posed to be the tallest building in Los Angeles and west of the Mississippi River are moving forward with their plans to transform the site of a Downtown hotel into a glittering 77-story hotel and condo tower.

A representative for the China-based developer, Shenzhen New World Group, is slated to give a presentation on the project to members of the Downtown LA Neighborhood Council tonight.

The presentation comes at an interesting time for the developer. It was revealed over the weekend that Shenzhen New World and the chairman of its board, Wei Huang, were named in an FBI warrant served as part of a federal corruption probe into Los Angeles City Councilmember Jose Huizar, who represents Downtown.

The neighborhood council’s approval, if given, would be taken into account by Los Angeles City Council committees as the project moves through the planning approval process.

The Bunker Hill project, designed by DiMarzio Kato Architecture, would involve the reuse of the existing 13-story L.A. Downtown Hotel near Fourth and Figueroa. A school that already operates out of a building on the site would be housed in the first floor of the hotel building. The second and third floors would be converted to 224 apartments ranging from studios to two-bedrooms.

To make way for the new high-rise, the hotel’s podium, which houses its lobby and convention areas, would be demolished. The 77-story building that would take its place would hold 600 hotel rooms and 242 condos. The tower’s five-story podium would hold the hotel’s amenities, including convention space, restaurants, and meeting rooms. Pools, a lounge, and gardens would sit on the podium’s rooftop.

Under city code, the project is only required to provide 222 parking spaces, but, as proposed it would offer 552 spots.

The project site is 1,500 feet away from the Grand Avenue Arts/Bunker Hill station of Metro’s Regional Connector, which is slated to be complete in late 2021.