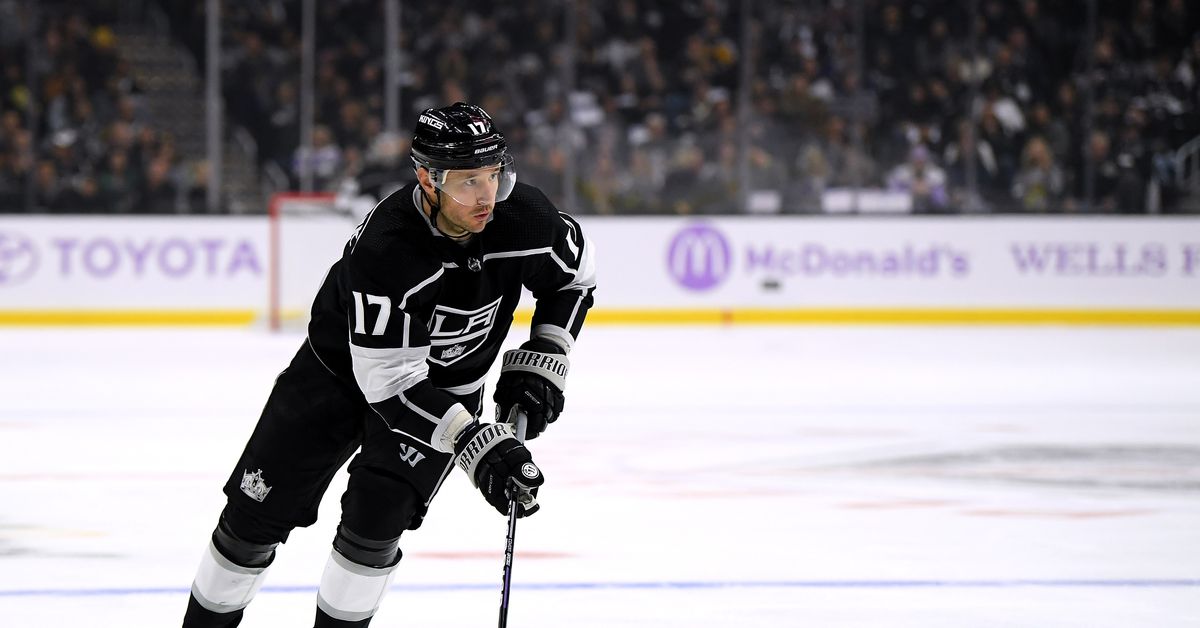 While Ilya Kovalchulk’s recovery from ankle surgery was initially expected to have a four-week expectancy, Kovalchuk appears to be ahead of schedule. He’d recently been spotted skating outside of Kings’ practices and finally joined in as a full participant on Wednesday. Skating on a line with Brendan Leipsic and Nate Thompson, Kovalchuk was in a regular colored jersey and looks poised to make a return this weekend.

Kovalchuk’s injury at least gives some time for Willie Desjardins to stall on figuring out a way to better integrate Kovalchuk into his lineup. The answer now to any questions about his ice time and usage will be more along the lines of “he’s returning from surgery, we’re just feeling things out.” So hold off on grabbing your pitchforks for just a minute until we see how this plays out.

Mike Amadio, Austin Wagner, and Sean Walker were all assigned back to the Ontario Reign. This has more to do with yesterday’s NHL roster freeze for the holiday, as well as freeing up room for Kovalchuk in the lineup, than it has to do with any of their play. They can still be called back up to the Kings, but this ensures that they will all be able to play in either the NHL or AHL.

The #NHL Holiday Roster Freeze officially begins tonight at 11:59pm local time, and remains in effect until December 28th at 12:01am local time.

What does that mean, and how are clubs impacted?

Below you’ll find a detailed breakdown of all the key points to remember. pic.twitter.com/hpru2MqDRm

Additionally, Jack Campbell has been assigned to the Ontario Reign on a conditioning assignment as he works his way back from his knee surgery. Ontario plays back-to-back games against the San Diego Gulls on Friday (away) and Saturday (home).

In case you missed it earlier, we’ve got a look at how all of the Kings prospects outside of the AHL/ECHL are doing… [Jewels from the Crown]

…as well as a report on the most recent Ontario Reign games. [Jewels from the Crown]

More details on the assignments to the AHL, Kovalchuk’s impending return, and the 39753 players currently injured on the Kings roster. [Kings Insider]

Jake Muzzin’s been the best defenseman on the team this year, but is his time with the Kings winding down? [The Athletic]

A look at Team USA as they prepare for World Juniors, including quotes from Kings prospect Mikey Anderson. [USA Hockey]

Dan Carcillo speaks about his advocacy for NHL players, his past concussions, and his hopes for Corey Crawford, after the goaltender’s latest concussion. [Daily Herald]

After a visiting Capitals’ fan’s hat was snatched from his head and thrown on the ice after a hat trick, the work began to get it back to him. It was, in fact, a very special hat. [Washington Post]

At long last, the Carolina Hurricanes are embracing their Hartford heritage. [Canes Country]

Can Alex Ovechkin catch up with Wayne Gretzky? [NHL]

Day one of the NWHL draft has concluded; The Ice Garden has some early thoughts on the draft picks. [The Ice Garden]

Unlike in years past, watching the Toronto Maple Leafs is usually a pretty safe bet these days. They currently sit at second in the Atlantic and boast some of the league’s most exciting players in Auston Matthews, Mitch Marner, and John Tavares. They take on the Florida Panthers tonight, and while the Panthers sit at the bottom of the Atlantic, forwards Jonathan Huberdeau and Aleksander Barkov are sure to bring their own chemistry to the ice. The game airs at 4:00 pm Pacific and can be viewed via the NHL’s streaming service.