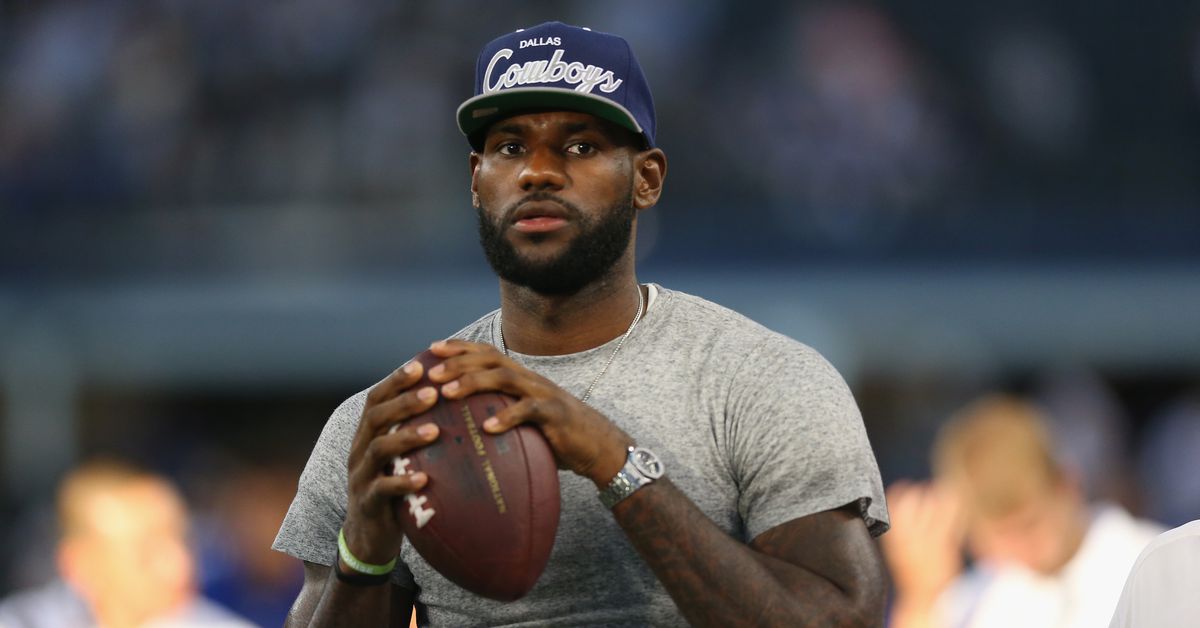 Thanks to the Philadelphia Eagles defeating the Chicago Bears on Sunday, the Dallas Cowboys will travel to take on the Los Angeles Rams in the Divisional Round of the playoffs. Buckle up, amigos.

The Rams were crowned Super Bowl LIII champions before the season began thanks to the massive roster additions that they made. Los Angeles added names like Marcus Peters, Aqib Talib, Brandin Cooks, and Ndamukong Suh. They already had Jared Goff, Todd Gurley, and Sean McVay… it seemed like a foregone conclusion that they’d win it all.

Maybe this year’s title will ultimately belong to the Rams but in order for that to happen they’ll have to get through the Cowboys first. This game is going to be massive, and here are nine reasons why.

The Cowboys in Los Angeles

Jerry Jones is perhaps the biggest reason for the NFL’s return to Hollywood. It was the cherry on top of his Hall of Fame résumé.

Dallas played in the first game back in LA and you’ll remember that they even returned the opening kickoff for a touchdown. Shout out to Lucky Whitehead!

It’s the NFL’s dream to have a playoff game on a Saturday night in Los Angeles that features the Dallas Cowboys. The stars will be out. Actors, actresses, musicians, other athletes… the place will be swarming.

For what it’s worth the Los Angeles Lakers are off on Saturday night and at home on Sunday. LeBron James is a noted Cowboys fan. I’m not saying, I’m just saying.

Jerry Jones once compared the Cowboys to the Rams, kind of

Remember back in September when Jerry Jones wanted the Cowboys to be like the Rams? We now get a chance to see these two squads up against one another. That’s delicious.

Here is the Jerry Jones vs. @MikeBacsik transcript.

It starts out with @JC1053 asking if Jerry saw the Rams last night. He says no. Then, Jeff asks, “What is it that you’ve seen from your guys this year that makes you think you can match that sort of offensive design?” pic.twitter.com/2lc5QVF8pU

Jerry must be hyped.

When the Dallas Cowboys traded for Tavon Austin during the draft they did so with none other than the Rams.

Dak Prescott is returning to where it all began

The Cowboys believe in Dak Prescott as their leader and who he is really all began in the Coliseum.

During his very first preseason game, the aforementioned one with the Lucky Whitehead kickoff return, Dak impressed and gave life to the notion that Dallas might have a future quarterback on its hands.

Of course the future started a lot sooner than later.

It would be quite the statement if Dak could take down Goff given everything that’s happened to them throughout the course of their young careers.

Zeke was named as a second-team All-Pro last week as the first-team running back was Todd Gurley.

Elliott led the league in rushing yards and has done so in two of his three seasons in the NFL. These are perhaps the two best backs in the game and it will be quite the treat to see them square off against each other’s defenses.

Who would you take?

You’ll remember during the 2014 Senior Bowl that there was one person who Zack Martin struggled with… Aaron Donald.

Zack will have hope in taking on Aaron in Joe Looney and Connor Williams, but Aaron will have a friend in Ndamukong Suh working next to him. The Cowboys have already defeated Suh in a playoff game before, this matchup is going to be huge.

Jason Garrett is returning to the scene of the crime

During the Cowboys bye week Jason Garrett took his talents west and attended the longest game in World Series history. He even sat next to Brad Paisley.

Garrett was ridiculed for this, including by Jimmy Johnson, and things didn’t get much better for him when the Cowboys lost their first game back against the Tennessee Titans.

Ever since then the Cowboys have won eight of their last nine, including their playoff victory over the Seahawks. Brad must have had some good advice.