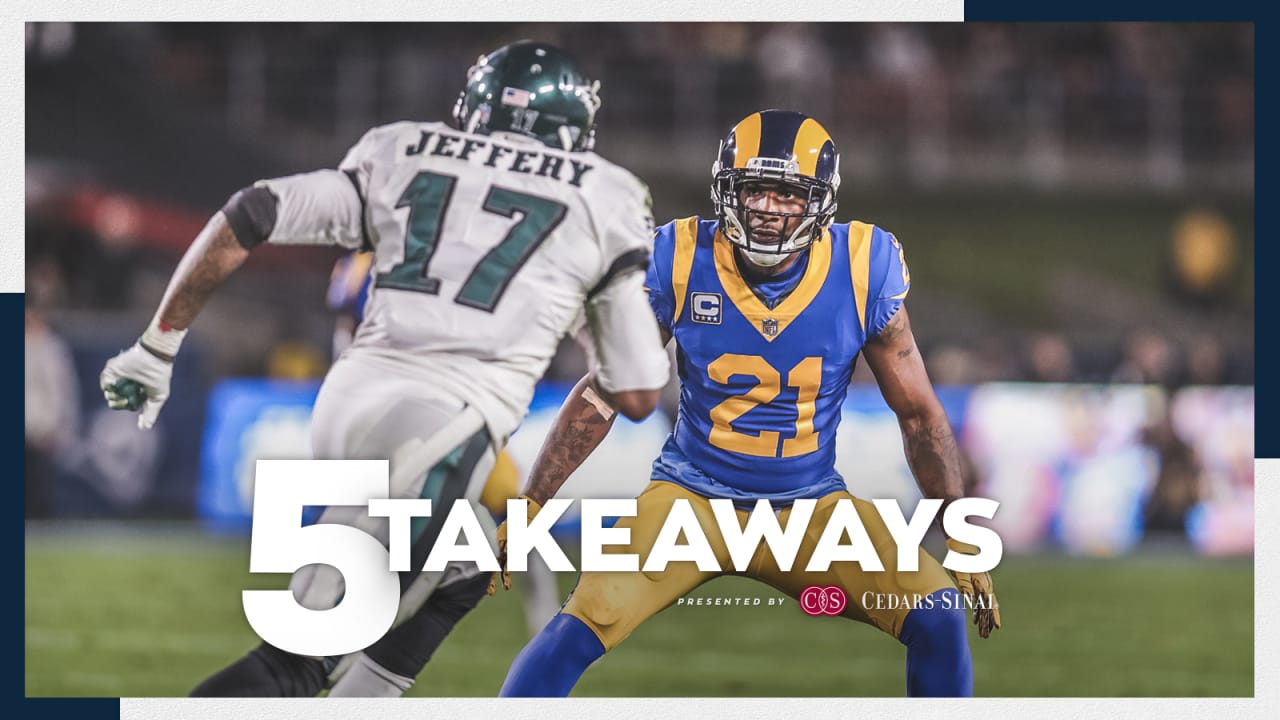 Before the bye week, Los Angeles had largely played clean throughout 2018 — recording only nine giveaways through the first 11 games of the season.

But in just the last three games, L.A. has now recorded nine giveaways. In that same span, the Rams have recorded six takeaways — giving the club a -3 turnover margin.

That has to improve as the Rams gear up for the postseason. In Sunday’s game alone, quarterback Jared Goff threw an interception and lost a fumble. Plus, punt returner JoJo Natson lost a fumble late in the fourth quarter when L.A. was looking for a chance to tie the game at 30.

It’s nothing the Rams haven’t done this year, but the team has to be better in terms of ball security in the weeks ahead.

3) MAY NEED HELP AT BACKUP RB

Running back Todd Gurley suffered a knee injury during Sunday’s game, but was able to finish the contest with 22 touches for 124 yards with a pair of touchdowns.

While head coach Sean McVay said Monday that the Rams “think [Gurley’s] going to be OK,” the Rams may have a bit of a depth issue at the position. With running back Malcolm Brown already on injured reserve with a clavicle injury, L.A. has only inexperienced Justin Davis and John Kelly on the roster behind Gurley at the position. And Davis also suffered a shoulder injury during Sunday’s contest, so his potential availability is in question.

The Rams waived wide receiver Pharoh Cooper on Tuesday. And with the injuries at running back, it stands to reason that L.A. could add someone at the position this week.