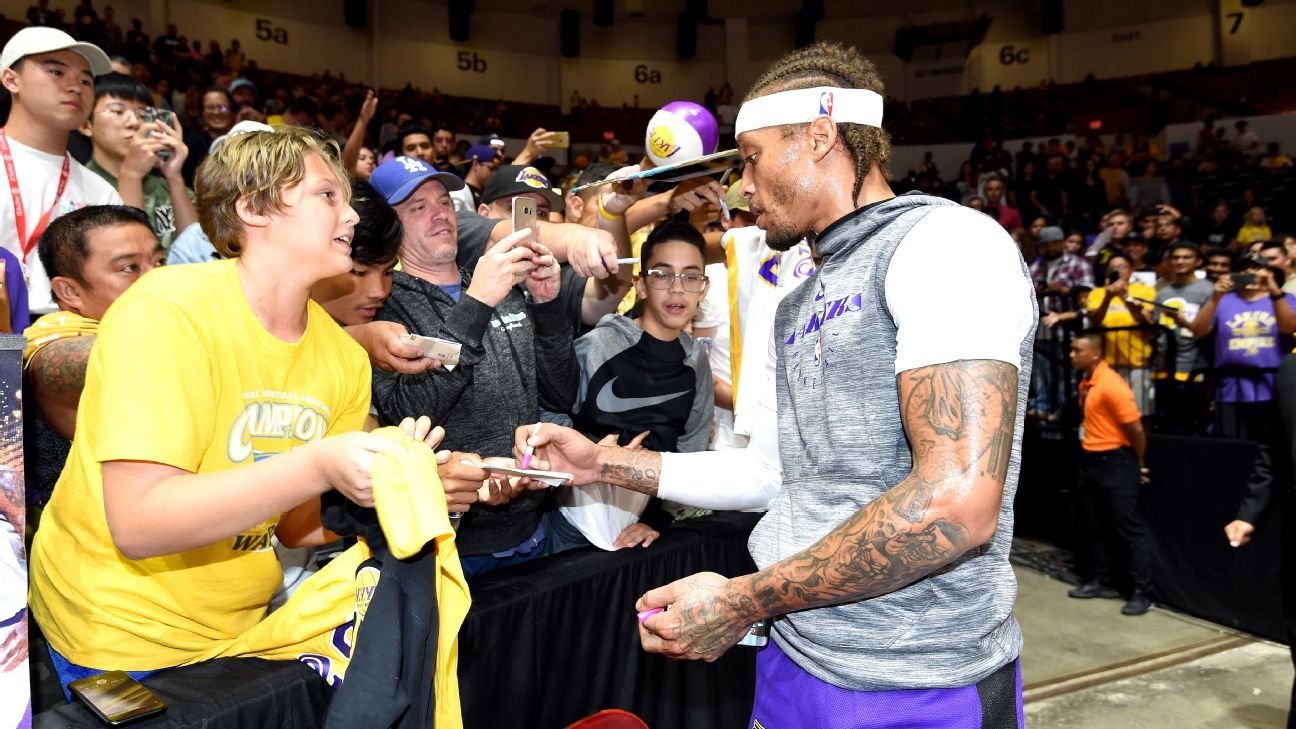 Los Angeles Lakers coach Luke Walton used his pregame media remarks before tipoff against the Memphis Grizzlies to send a message to his grieving player.

“I just wanted to send our love, our thoughts and our prayers to Michael Beasley and his family,” Walton said. “They’re going through a tough time. But we’re thinking of you, we miss you and we love you.”

Beasley shared a photo of his mother on his Instagram on Sunday morning and captioned the photo with an emoji of an angel.

Last week, with the Lakers in Washington, D.C., to play the Wizards, Beasley and his mother attended the game and watched the first half from a suite before Beasley emerged from the tunnel early in the third quarter to greet his teammates, whom he has not been with since Dec. 8 while tending to his family.

Beasley, a native of Prince George’s County, Maryland, was in the area as the Lakers’ four-game road trip rolled through the nation’s capital. He went to the game at his mother’s request, according to a team spokeswoman, because his mom wanted to see the Lakers play in person.

Sunday marked the 13th game this season Beasley did not play in because of personal reasons.