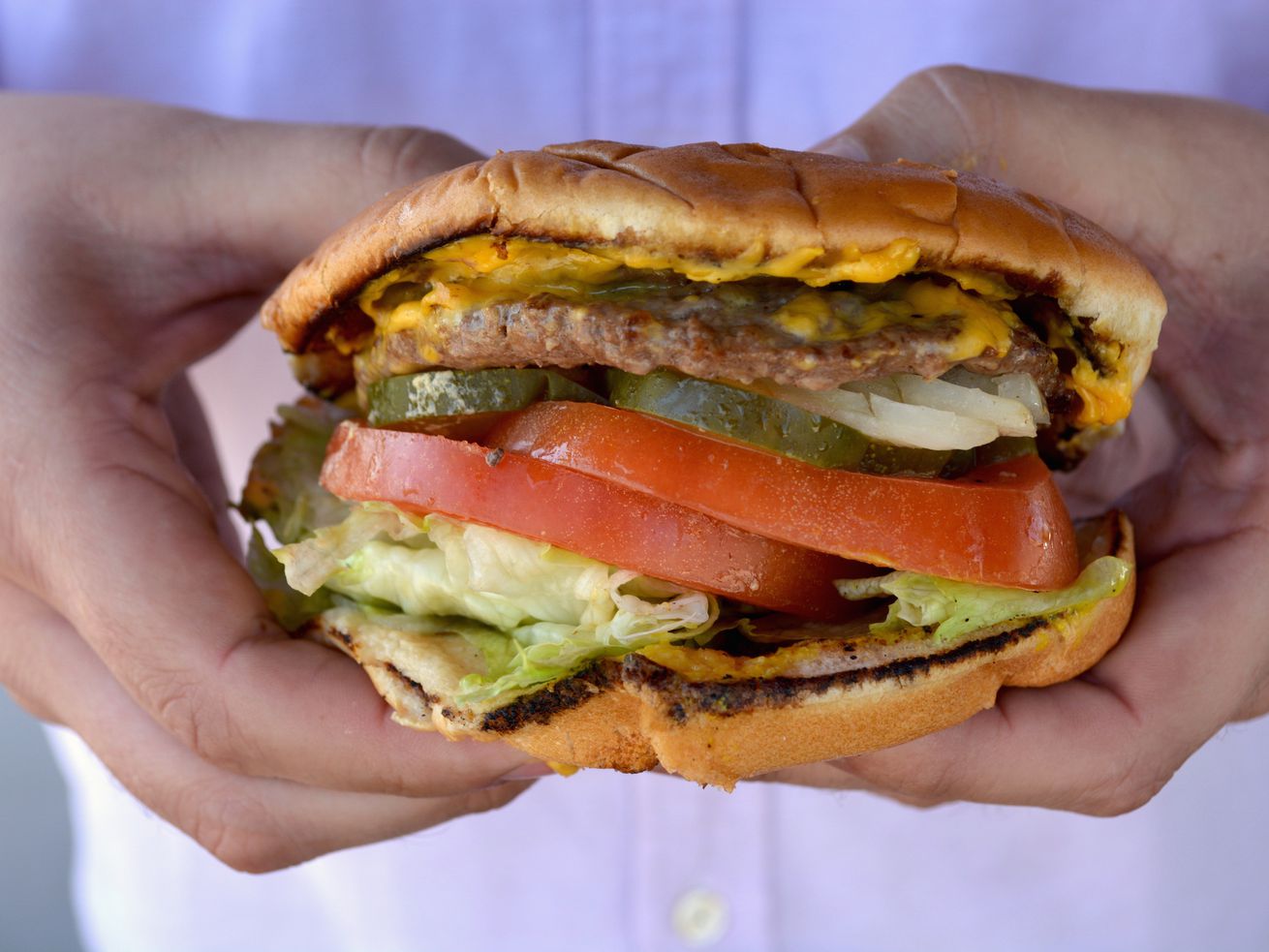 It seems that Irv’s Burgers won’t be the only iconic Los Angeles hamburger stand to disappear in 2018, as Mid-City classic Capitol Burger has officially closed up shop after 53 years. The Pico Boulevard mainstay just west of Crenshaw had its last day of business on Saturday, before Christmas, and now the standalone restaurant has been completely gutted.

Eater managed to catch up with owner John Stamos as he was hauling away equipment from the restaurant yesterday. Friends had shown up with trucks of their own to help take picnic tables and other bits and baubles from the tiny walk-up stand, which had stood at the same location for more than half a century. It was a somber and mostly silent moment, as fans of the stand got word and showed up themselves to see if the demise was true. One man had driven in from northern Los Angeles County, hoping to at least get a final burger, but was turned away. He thanked Stamos for his family’s long ties to the community, and drove off.

Stamos had run the well-worn stand with family and friends since the passing of his father George several years back. Whereas the younger Stamos was a quiet, if sometimes lovably grumpy, chef and owner, the elder George Stamos was an amiable fixture for a community that has been through a lot in the past 50 years. Gang violence has largely subsided in the Mid-City and Crenshaw neighborhoods, but the area has not seen the same level of job growth, political outreach, and development as neighboring areas like West Adams, Culver City, and Koreatown.

“I check the corners, and I’m always waiting for my father to show up,” Stamos told Eater back in 2015. “Since his passing, there are a lot of things that still remind me of my father. That’s the hard part. And I know that I have to get over it, but I never will. I can only accept it, and that’s very hard for me.”

New changes could be coming to the community soon, at least when it comes to Stamos’ little corner. Word is that the adjacent party supply store will use the Capitol Burger building for storage for another year, until the new landlord who controls both properties takes over. What happens then is anyone’s guess, though redevelopment is likely.

Sadly, the final day of service for Capitol Burger has already come and gone. All that’s left now are the walls, roof, and old hand painted menu board pegged to the inside of the building. Stamos himself is moving on, leaving behind more than 50 years of memories for a place that mattered to generations of often forgotten Mid-City neighbors and diners.