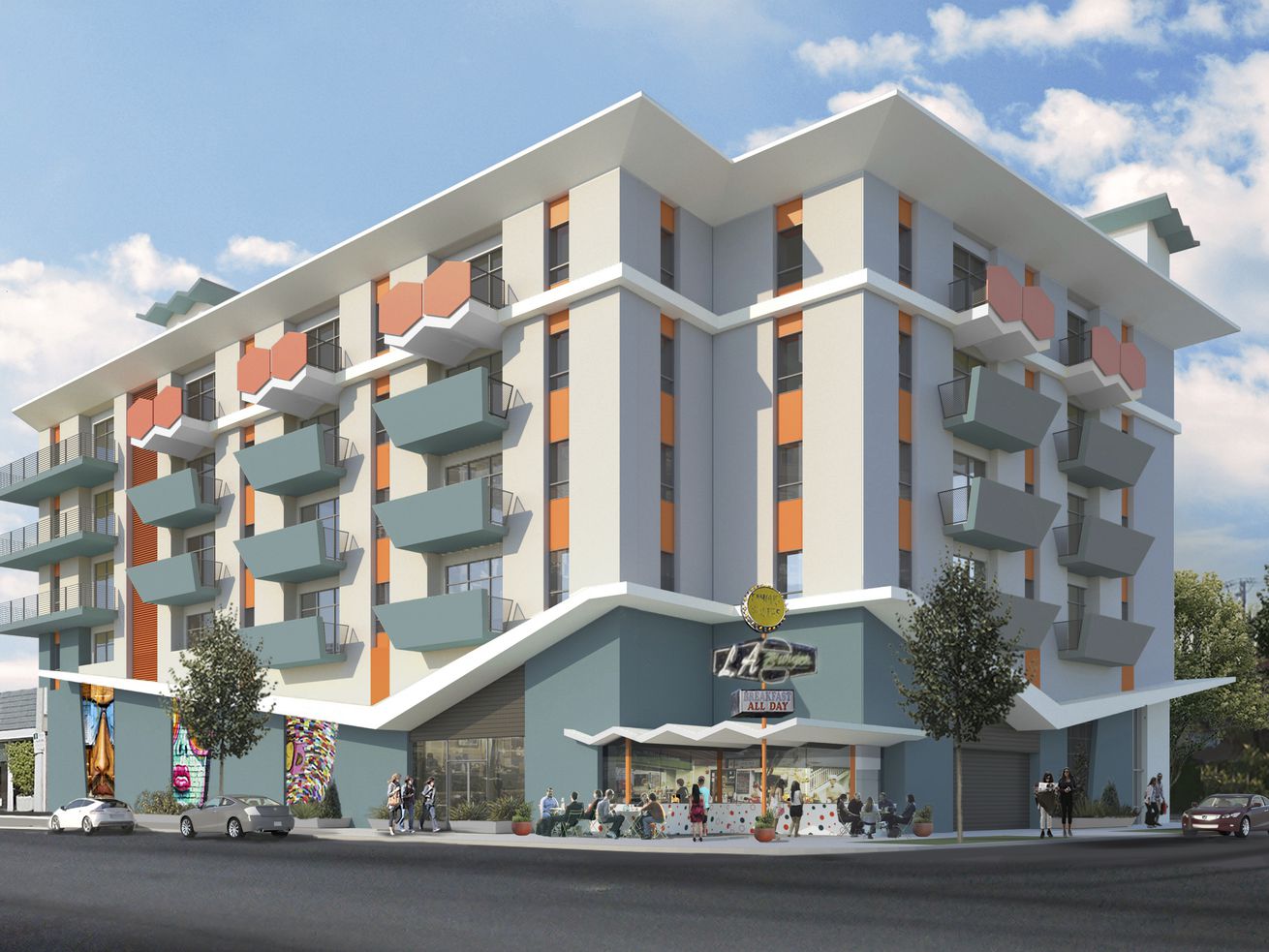 A Mid-City burger stand that was once considered for city landmark status has been largely demolished to make way for new apartments.

The property at 6001 West Pico has been cleared except for the L.A. Burger sign, but the new development will incorporate three key elements of a 1960s-era hamburger joint that once operated as an Orange Julius.

The burger restaurant was ultimately not landmarked. Instead, at the request of area representative Councilmember Paul Koretz, property owner and developer Matt Nelson promised to incorporate the restaurant’s exterior counter, wavy roof, and signage into the future apartment project.

The design of the proposed development was also tweaked, and updated renderings show the six-story apartment building with a Googie-influenced flair reminiscent of the bygone burger stand. Nelson had said that he consulted with Armet Davis Newlove, the architecture firm that designed the hamburger restaurant, on the new building’s Space Age redesign.

Nelson tells Curbed that the “folded plate”-style roof and the walk-up counter were removed from the burger shack and are in storage in a warehouse in West LA, where they will remain until they are incorporated into the new building.

The burger joint’s midcentury sign remains on the site for now, and it too will be preserved and included in the new development, Nelson says.

Grading began last week on the site. The developer predicts an 18-month construction period for the project.

Burgers will also return to the site once the new building opens. The operator of the hamburger stand is expected to take on a ground-floor restaurant space in the new 48-unit building. It’s shown in renderings fronted by the eye-catching L.A. Burger sign.