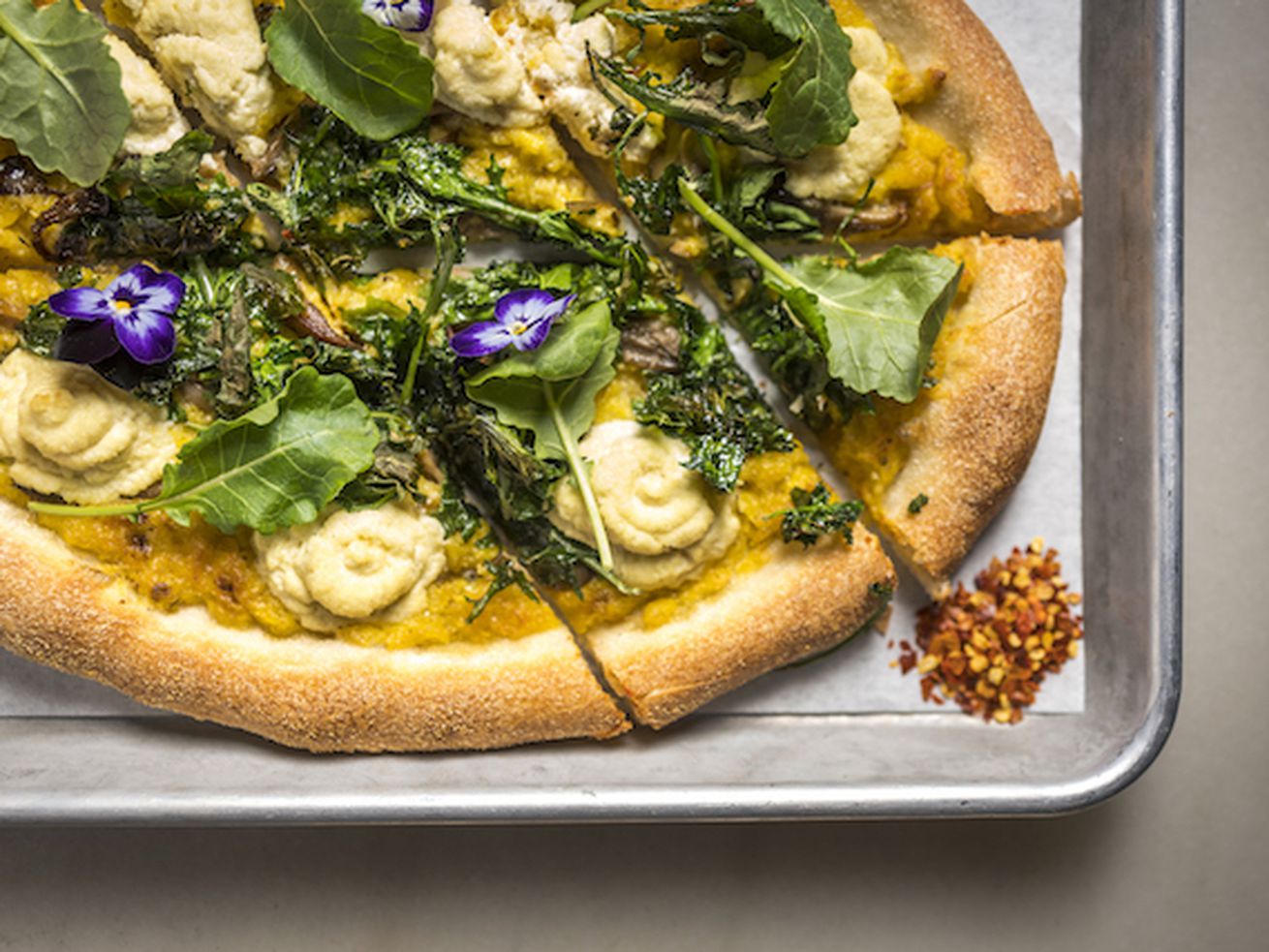 After opening in New York in 2016, Double Zero makes its West Coast debut this March

With plant-based dining in full swing, vegan chef Matthew Kenney looks ready to debut a third restaurant to Venice in five to six weeks. After debuting in New York in 2016, Double Zero will be the first West Coast location, with four more coming to the East Coast later in the year.

Kenney took over the shuttered Centanni Trattoria last year, and his Italian menu includes more than pizza from a brick oven. Double Zero’s pizzas starts with a crust recipe using the coveted doppio zero flour, and tops each pie with creamy sprouted nut spreads, vegetables, and sauces, along with salads, crostini, and pastas.

The nearly 1,800 square foot interior includes an open-kitchen and communal seating with a patio. The style is meant to mirror the East Village location with natural and light woods, polished concrete floors, with a bright wall wine display. All wines are small batch organic bio-dynamic and all hail from the West Coast, except champagne.

Double Zero’s expansion to LA is the first of many for 2019, and all will utilize seasonal ingredients for that region. The Venice menu will include the most popular items from the New York outlet, but Southern California’s produce changes the game when creating toppings like a sprouted nut mozzarella, and farro fennel sausage.

The overall expansion includes Double Zeros in Venice, Williamsburg, Boston, and Philly, along with a more fast casual outlet called Double Zero Now throughout the year.

Kenney’s start in vegan food began in 1993, with his first vegan restaurant in New York, and operates 15 restaurants on five continents. Last March, he opened New Deli, a vegan and raw food restaurant in Venice after opening Plant Food + Wine in 2015. Kenney’s persistence keeps moving forward though, even after a succession of openings and closings throughout the years in Southern California.