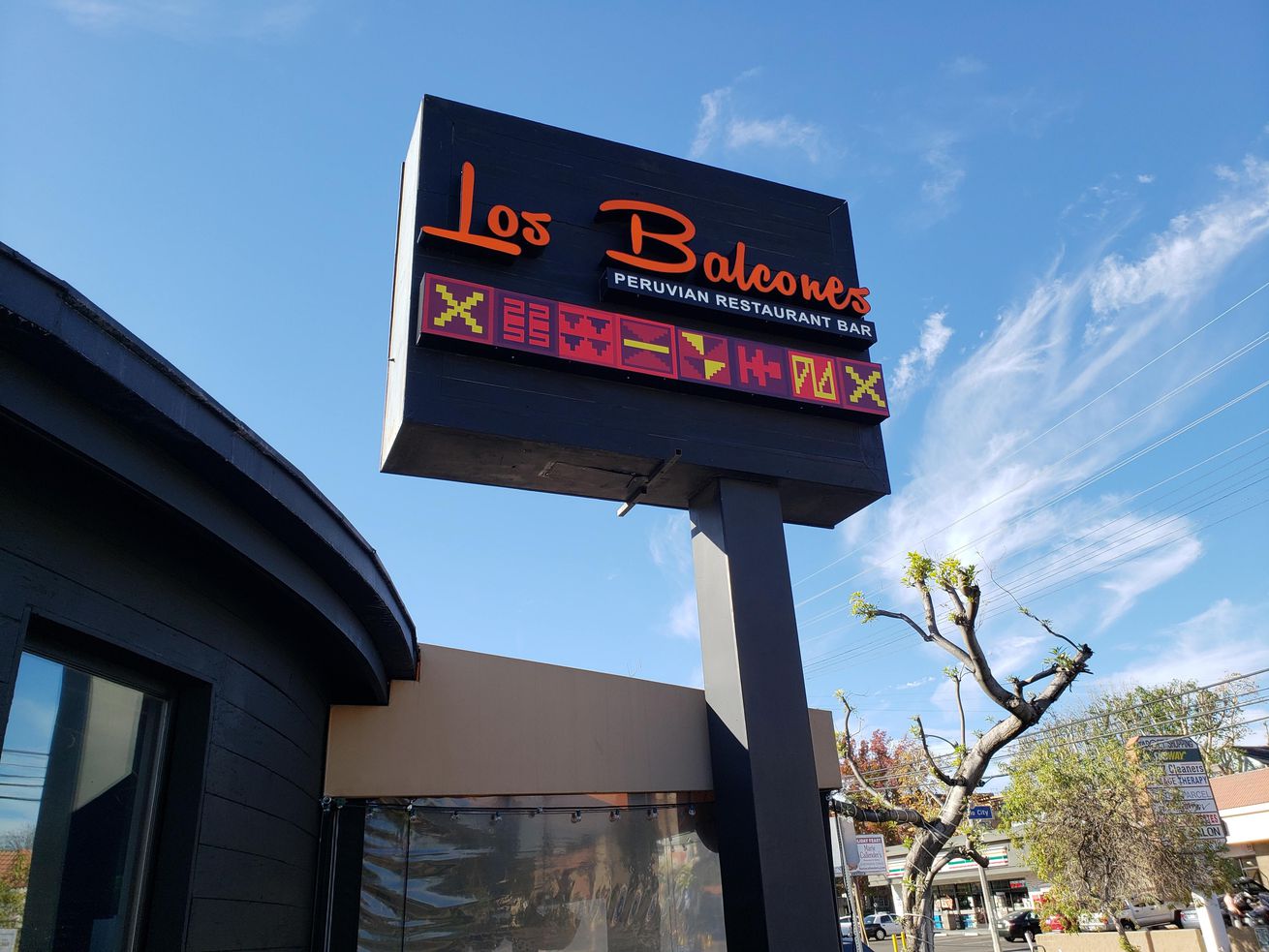 When Hollywood’s Los Balcones took over Girasol in the fall, the team didn’t change much to the former Studio City space. Elements of Girasol’s interior remain, but the menu is a complete creative overhaul that blends Peruvian, Spanish, and Girasol favorites into modern dishes by veteran Girasol chef Polit Castillo, and chef Ricardo Zarate of Rosaliné.

As culinary director, Zarate’s presence is a bit limited at the new Los Balcones Studio City. According to Castillo, Zarate helped manipulate the menu’s new flavors. It all began when Los Balcones’ owner Jorge Rodriguez contacted Girasol management a week after its September closure with a proposal: to blend the flavors of Peru with Girasol. Castillo then developed the menu with Zarate’s guidance.

Castillo describes the menu as mestizo, which is Peruvian slang for children with a Spaniard father and Peruvian mother. The result are modern dishes like the salmon tiradito or crudo, with beet leche de tigre, roasted baby beets, an orange miso, and gochujang powder. There’s the six-hour slow-cooked short ribs with tomato, and traditional Tacu Tacu made with chickpea instead of rice and beans, with a sunny side egg. And in a tribute to Girasol, there’s a veal milanese gnocchi. It’ll introduce a vegan and vegetarian menu in January.

The restaurant will also focus on Peruvian-inspired seasonal cocktails, using fresh ingredients like Peruvian mint, beets in a cocktail, while making their own bitters, Sambucca, and traditional chicha morada. The bar uses local distillers and curated a mostly biodynamic organic wine list. As for the space, they’ve polished it up a bit, kept the distinct ceiling, focused on upgrading the kitchen, and see the future patio as a plant oasis, similar to Rosaliné’s lush interior.

“Even though this used to be Girasol,” says Castillo. “It has the essence and drive of Peru, but the soul of Girasol. The expression of the kitchen is a marriage between Incan, Spaniard, and others. It’ll start with the tradition and bring in some Spanish, Italian, Japanese, Chinese, and Korean.”