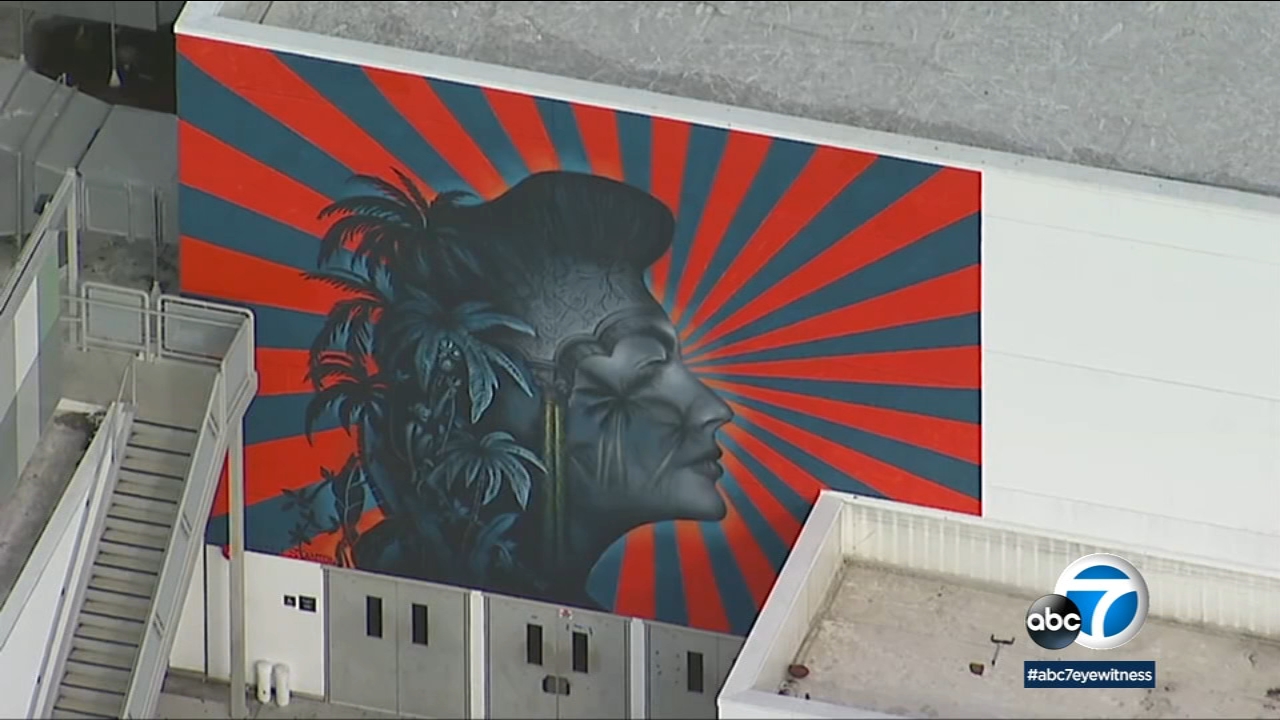 Robert F. Kennedy Community Schools in Koreatown is closed for winter break, and while students were away, the Los Angeles Unified School District planned to paint over a controversial mural of actress Ava Gardner.

It’s a mural that Korean activists said reminds them of the Japanese imperial flag.

“It’s in the middle of Koreatown on public school, not private property, and the sun ray thing, from Koreans’ view it looks so similar, enough to remind us of the rising sun flag,” said Chan Yong Jeong, with the Wilshire Community Coalition.

But on Monday, the school district announced they would not take immediate action and instead continue the conversation.

“I think that the district made a decision based on a perceived route of least resistance. They just wanted the problem to go away. Now, it’s kind of backfiring,” said artist Beau Stanton, who painted the mural.

Stanton painted the mural in 2016 and said his inspiration was the ambassador hotel’s coconut grove nightclub where RFK schools is now located. Stanton has met with the Korean community and explained how the Japanese imperial flag played no part in his mural.

Over the weekend, Stanton received support from artist Shepard Fairey, who’s responsible for a mural of RFK at the same school. He said he’ll remove it if Stanton’s is painted over.

In a statement Fairey said, in part, “I sympathize with all victims of injustice, including Koreans who suffered at the hands of the Japanese, but perpetrating another injustice by removing Beau Stanton’s mural based on false claims that it represents the Japanese battle flag where no such connection exists, is foolish and selfish.”

Stanton explained why he used the rays.

“This is a universal representation of the sun’s rays that’s all over the place. It’s in a lot of my work, a lot of Shepard Fairey’s work. I saw it on a billboard off the 10 freeway in a Sol Cerveza ad,” he said.