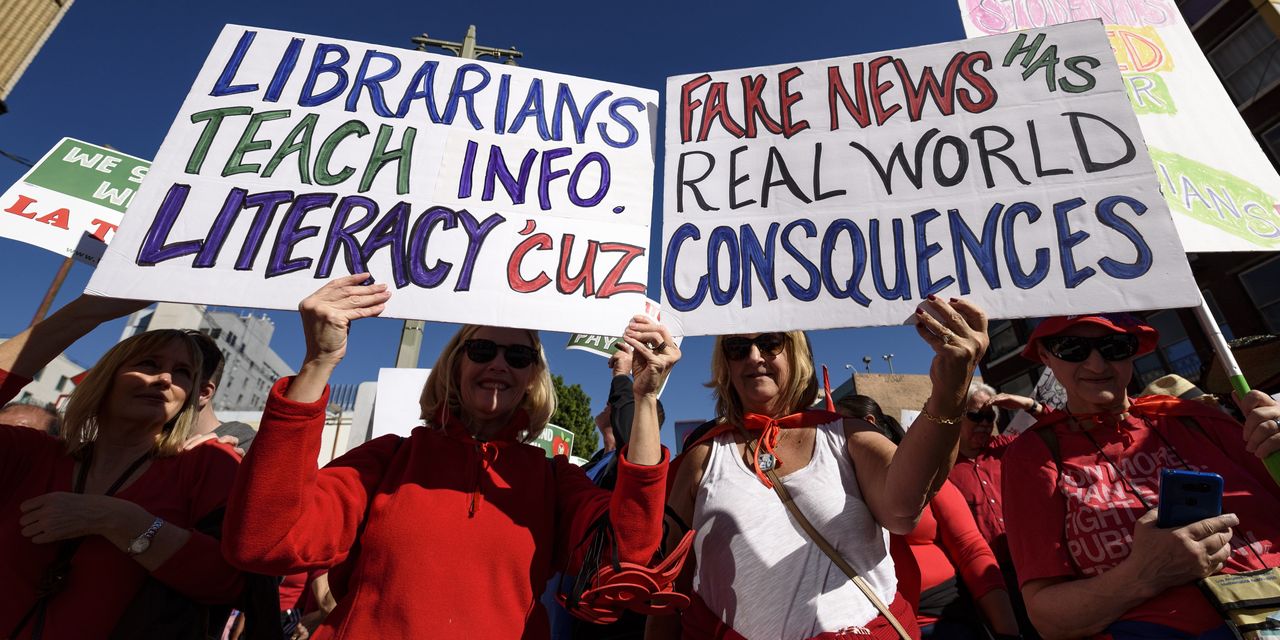 Teachers march against education funding cuts during the March for Public Education in Los Angeles on Dec. 15. The rally was organized by United Teachers Los Angeles, which is asking for more librarians among other demands.

LOS ANGELES—The Los Angeles teachers union said Wednesday that it would strike on Jan. 10 if it doesn’t reach a settlement with the nation’s second-largest school district.

United Teachers Los Angeles, which represents more than 33,000 educators, and the Los Angeles Unified School District have been in a nearly two-year impasse over salaries, classroom sizes and finances that has morphed into a broader battle over the future of public education here.

The union on Wednesday rejected the district’s offer of a 6% salary raise and said many of its demands remain unmet, including a commitment to regulate or limit charter schools that compete with traditional public schools for resources.

“What we need to see is a dramatically different approach on the part of the district,” union President Alex Caputo-Pearl said at a news conference.

LAUSD serves nearly 700,000 students. It has said it plans to keep schools open during any potential strike, using administrators and nonunionized staff to fill in for teachers and encouraging parents to send their children to school.

The union’s announcement came after a fact-finding panel commissioned to settle a dispute over the state of LAUSD’s finances said it hadn’t had enough time to reconcile the two sides’ differing interpretations.

The district says that because of an operational deficit,  it can’t afford to meet the union’s demands for more librarians, nurses and counselors. The union accuses the district of misrepresenting how much money it has available.

Write to Nour Malas at nour.malas@wsj.com