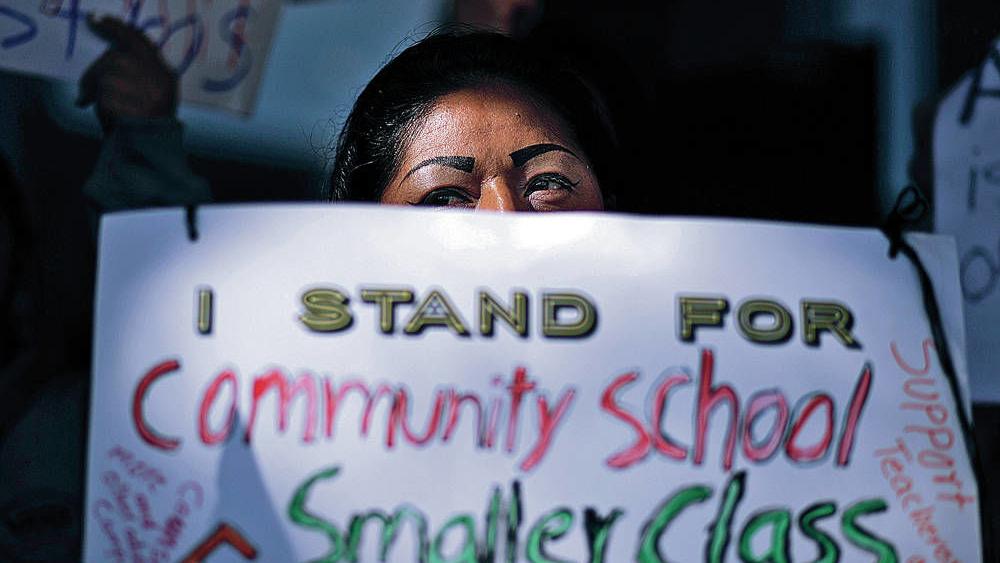 LOS ANGELES — A massive teachers strike in Los Angeles is still planned for Monday after a union rejected a new offer from the nation’s second-largest school district and declared an impasse following 21 months of increasingly heated negotiations.

After hours of new talks Friday, the union representing teachers in the Los Angeles Unified School District announced that the new offer was “woefully inadequate.”

The district’s offer, unveiled Friday, included adding nearly 1,200 teachers, counselors, nurses and librarians to schools, reducing class sizes by two students, and capping class sizes to between 32 and 39 students, depending on age and curriculum.

The offer also included the district’s previously proposed 6 percent salary increase over the first two years of a three-year contract.

The union, United Teachers Los Angeles, wants a 6.5 percent hike that would take effect all at once and be retroactive to fiscal 2017. Union officials said some of the district’s proposals would expire after a year, calling it disrespectful.

The union also complained that its members had to learn about the offer not directly from Superintendent Austin Beutner, but on local television as it was aired live during a surprise news conference.

Union President Alex Caputo-Pearl called it bad-faith bargaining by a “corporate downsizer not used to dealing with the public.”

“We are at impasse,” he said. “If the district has a proposal for us that is demonstrably different between now and Monday they can send that to us and we will consider it. But short of a surprise like that, get ready, because on Monday, we will be on strike.”

During his explanation of the district’s new offer, Beutner said he was formally asking Gov. Gavin Newsom for help negotiating the contract dispute.

“We need his help to resolve this,” he said. “We’d like the governor to step in, bring the parties together, keep us in a room, lock the door and throw away the key if he has to, so we can reach a resolution.”

Spokespeople at the governor’s office didn’t respond to an email seeking comment.

The district tweeted that it was imploring the union to reconsider, adding that it rejected the new offer without proposing a counteroffer.

“A strike will harm the students, families and communities we serve, and we have a responsibility to resolve the situation without a strike,” the district tweeted.

Much of the bad blood between the district and the union centers around Beutner himself. The investment banker and former Los Angeles deputy mayor took the job last year without any experience in education.

The teachers are tapping into a shift in public sentiment that supports better wages for educators that came with a “Red4Ed” movement that began last year in West Virginia, where a strike resulted in a raise. The movement spread to Oklahoma, Kentucky, Colorado, Arizona and Washington state.