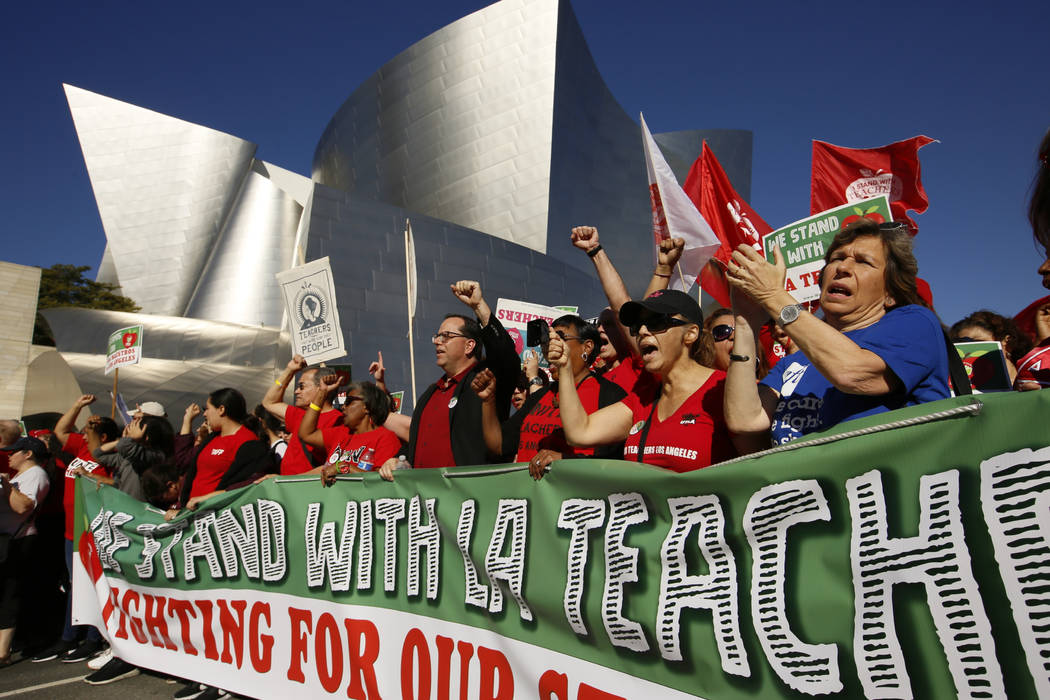 LOS ANGELES — Thousands of teachers who may go on strike against the nation’s second-largest school district next month marched and rallied in downtown Los Angeles on Saturday.

The teachers and their supporters wore red shirts, banged drums and carried signs that read “Stand With LA Teachers!” as they took to the streets demanding a new contract.

The teachers union is threatening to strike for the first time in nearly 30 years as frustrations mount over more than 18 months of negotiations with Los Angeles Unified School District.

United Teachers Los Angeles leaders rejected the latest contract offer last month. There has been no agreement despite three state mediation sessions, and the standoff is now in a fact-finding stage — the final step of a negotiation process under state law.

The union contends that the district is hoarding a huge financial reserve that could be used to pay teachers more and improve conditions for students. Union leaders also criticized a plan to reorganize the district by dividing it into 32 networks.

“There is not a nurse in every school every day. Some schools get a nurse one day a week if they’re lucky,” said Stephanie Yellin-Mednick, who has worked as a school nurse for 37 years. “There is simply not enough of us to take care of the kids.”

The district has said it’s committed to good-faith bargaining and providing teachers with better pay and support.

The district has more than 640,000 K-12 students in Los Angeles and all or parts of 31 smaller cities, plus several unincorporated areas.