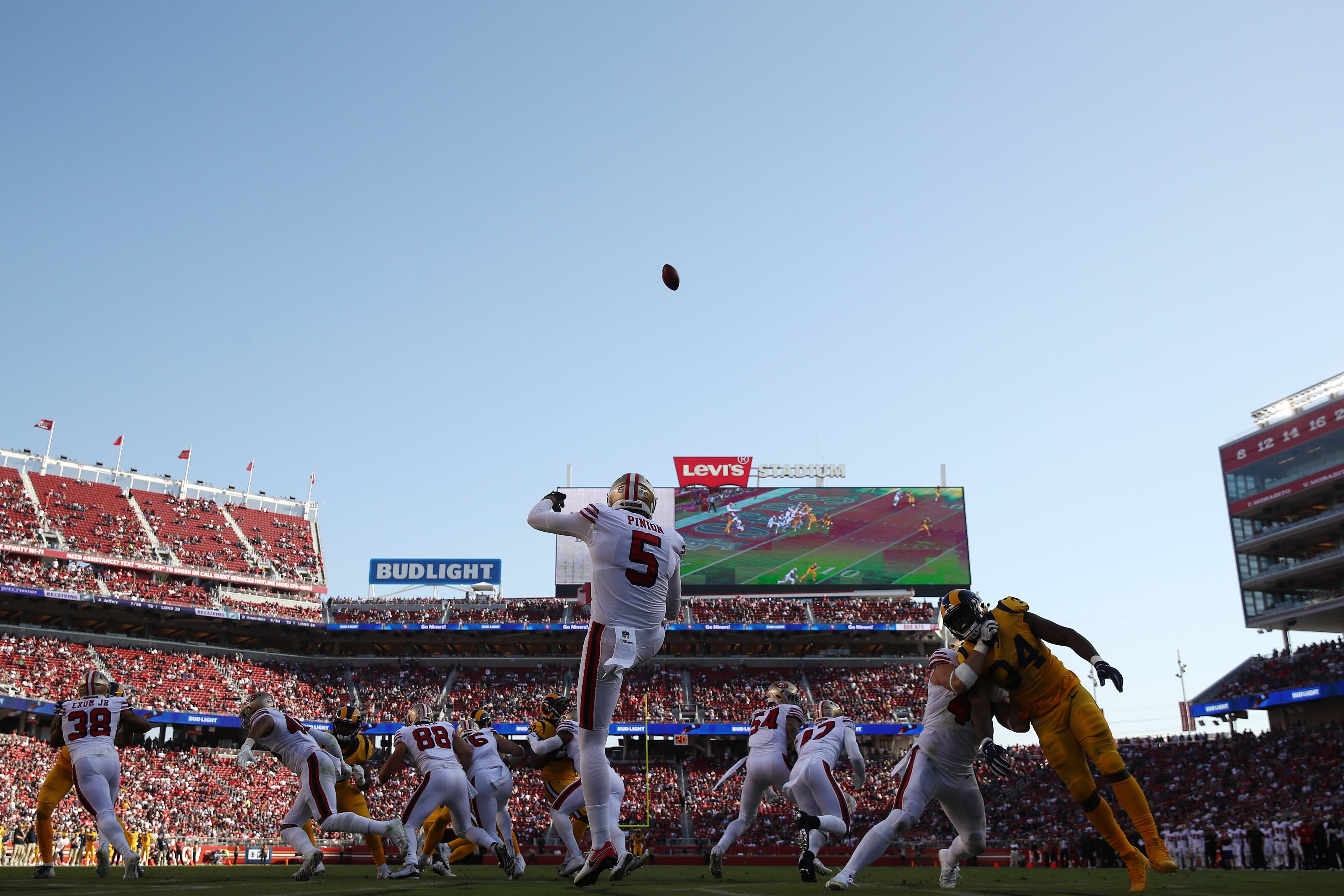 The Los Angeles Rams’ goal in Week 17 against the San Francisco 49ers is simple: win and secure a first-round bye in the NFL Playoffs.

Prior to the season, this final game was circled as a potential playoff decider. The 49ers were everyone’s sleeper team with Jimmy Garoppolo under center. After seeing the NFC playoff picture shape out, it is clear that the 49ers would have likely been a playoff team.

However, with Garoppolo out for quite some time and the 49ers being completely out of the picture, this game is not as fun to watch.

There is no doubt in anyone’s mind that the 49ers want to play spoiler to the Los Angeles Rams. Here is how we see the final regular season game of the year going down.

The Rams need to be careful this week to avoid having to play a first-round game in the NFL playoffs; a loss and coupled with a win by the Chicago Bears would drop the Rams to the #3 seed in the NFC.

Lucky for them, they get the lowly San Francisco 49ers at home who are playing for a high draft pick.

The 49ers will play tough but I think as the game goes on the Rams will pull away from the 49ers. I expect a solid game from Jared Goff as he builds more confidence as the playoffs near.

This game will be a blowout. The Rams are fighting for a bye & need all the rest they can get, especially with All-Star Running Back Todd Gurley out.

Recently signed C.J. Anderson was very serviceable last week and will do the same against a hapless and injured 49ers squad.

The Rams earn a bye and will be well-rested for their Divisional round opponent.

This game is going to be a lot closer than a lot of people think but I have to agree with the staff and go with the Los Angeles Rams.

The Rams need to win this game but are not going to show their playbook before the playoffs begin against the 49ers. Expect very basic sets and routes out of the Rams, who will look to rely solely on the talent gap to carry the load.

It is impossible to sleep on the 49ers either, especially in a division game. The 49ers play up to their competition and even shocked the Seattle Seahawks two weeks ago.

The Rams will narrowly squeak this game out with a clock-draining drive after the 49ers put the game within four points.