Coach Sean McVay trotted out the same players an overwhelming majority of the time, part of his 11-personnel scheme (three receivers, a tight end and a running back), and the group wreaked havoc on any defense that attempted to stop them.

But over the past three games, which includes regular-season back-to-back losses for the first time in McVay’s two seasons as coach, quarterback Jared Goff and a once-unstoppable unit have struggled to produce.

After averaging 34.9 points through 12 games, the Chicago Bears held the Rams without a touchdown in a 15-6 defeat, then the Philadelphia Eagles dealt them a 30-23 loss.

The recent downturn seems almost inexplicable for a team that bolted to a 10-1 start and became the first in the NFL to clinch its division.

There are no serious known injuries to players on the active roster. And the offensive personnel have remained mostly the same — with the exception of Cooper Kupp.

And that is part of the issue.

“It’s a different offense, of course, when we have Cooper in,” receiver Robert Woods said before the Rams’ loss to the Eagles. “But still same plays, still same mindset, and different ways we can move and get guys the ball, work inside, work outside.”

Kupp, a second-year pro selected in the third round from Eastern Washington, emerged this season as a go-to target for Goff. The 6-foot-2, 208-pound slot receiver ran crisp routes, provided consistent blocking and demonstrated sure hands anywhere on the field.

In eight games (Kupp was sidelined against the San Francisco 49ers and Green Bay Packers because of a knee sprain), Kupp caught 40 passes for 566 yards and six touchdowns. But he suffered a torn ACL in Week 10 and was placed on injured reserve for the remainder of the season.

In Kupp’s absence, second-year pro Josh Reynolds, a fourth-round pick from Texas A&M, moved into a starting role. Initially the transition appeared seamless. Reynolds caught six passes for 80 yards and a touchdown in a thrilling 54-51 victory over the Kansas City Chiefs.

But in the three weeks that have followed, the offense has unraveled. It started in a shaky performance against the Detroit Lions, became apparent against a stout Bears defense and was on full display against the 13.5-point underdog Eagles.

The offensive issues are not one-dimensional, and they are not isolated to the play of Reynolds — he has been adequate. But Kupp was exceptional, and his absence is difficult to atone for in an offense that relied heavily on the same 11 players through 10 weeks.

“To say that we don’t miss Cooper wouldn’t be accurate,” McVay said Monday. 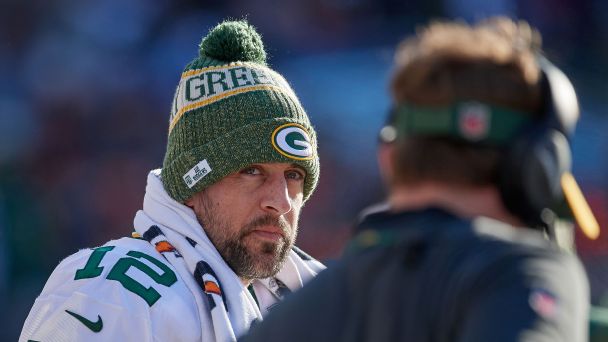 • Case for, against Rodgers playing
• Reich pushing right buttons for Colts
• Inside Steelers’ plug-and-play run game
• Unheralded ballers who stood out in Week 15
• Matt Ryan can see playing into 40s
• Playoff picture: Who’s in, out, on bubble

Goff’s completion percentage has dropped from 70.5 percent with Kupp to 59 percent in his absence. His yards per attempt dipped from 9.9 to 7 and his touchdown-to-interception ratio has moved from 16-5 to 11-8.

But it hasn’t been just Goff who has suffered from Kupp’s absence. The entire offense has felt the effects. In 420 plays this season with Kupp, the Rams’ third-down percentage was 47.1. In the 497 plays without him, it’s down to 38.5.

Two games remain before the playoffs begin. The Rams must first play the struggling Arizona Cardinals before a regular-season finale against the San Francisco 49ers.

Both games will provide a tune-up opportunity, and each also should allow the offense to continue to find its way without their crafty slot receiver.

“Anytime you lose a player of Cooper’s caliber and what he’s meant to our offense,” McVay said, “you don’t replace guys like that.”