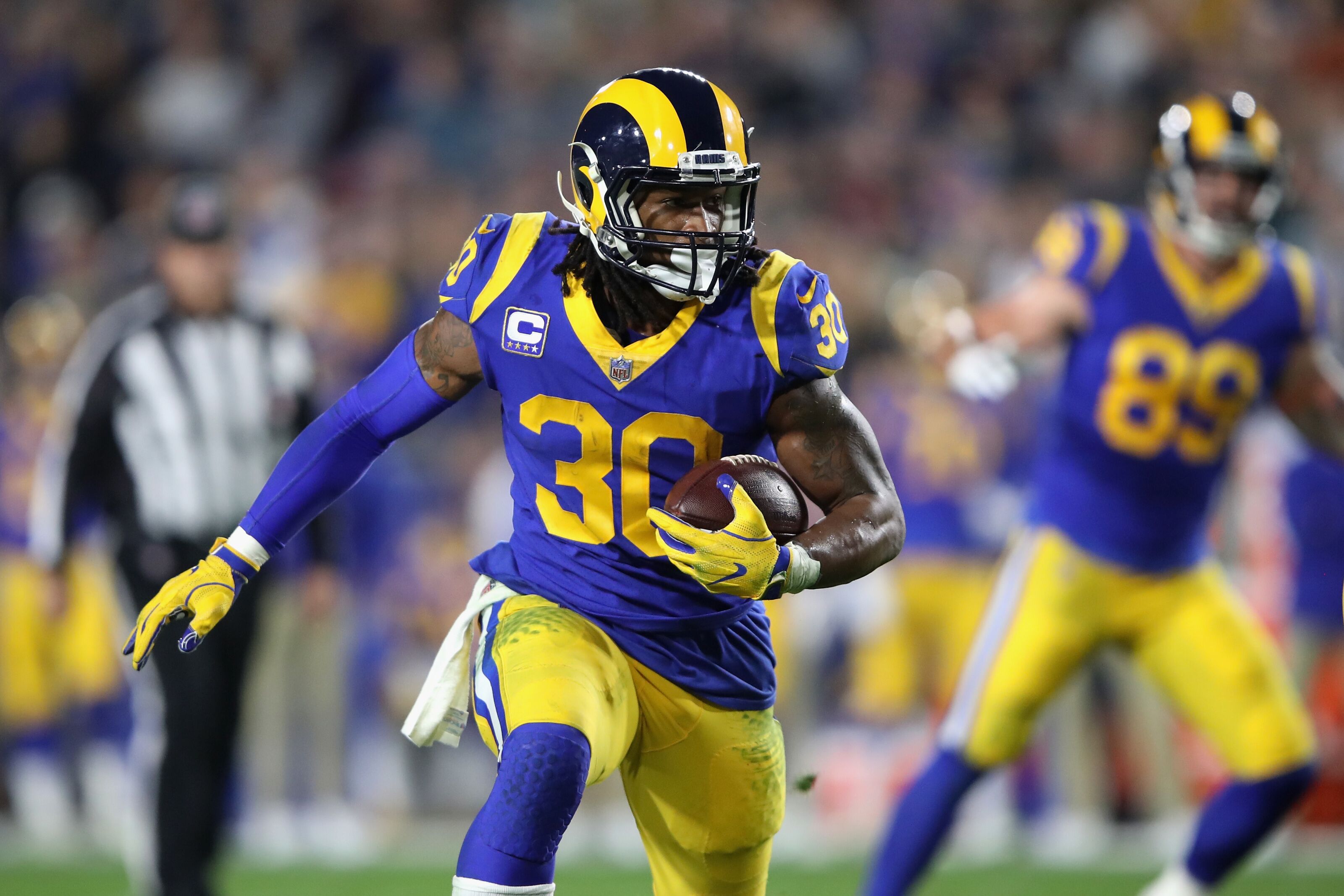 The Los Angeles Rams will host the higher seed that emerges from Wild Card Weekend and will have to rely heavily on their All-Pro running back.

The Los Angeles Rams were unable to catch the New Orleans Saints for home-field advantage throughout the playoffs but were able to hold off the Chicago Bears and secure a first-round bye at the second seed.

Now, there is a pretty good chance that the Los Angeles Rams are going to have to play the Bears in the NFC Divisional Round. If the Bears win, as the third seed, the Rams will host them no matter what in LA the following week.

If the Bears lose then the Rams will face off against the winner of the Dallas Cowboys and Seattle Seahawks, as both teams are higher seeded than the sixth-seeded Philadelphia Eagles.

No matter who the Rams square off against, the team is going to come up against a team with a good running game, and in the Cowboys and Bears case, a pretty good defense as well.

In order to counteract that, the Rams must rely on what has been the motor of the offense when it is at its best: the running game. C.J. Anderson has provided the firepower in the last two weeks for a resting Todd Gurley, who should be called on frequently in the Divisional Round.

If it is the Bears or Cowboys, the Rams are going to have to rely on Gurley to get the defense to respect the running game and thus keep pressure off of Jared Goff. We all saw how terrible Goff was in Chicago and we saw what the Cowboys can do to an elite quarterback in Drew Brees.

Not only does Gurley change the tempo of the offense but he neutralizes what both the Bears and Cowboys do best: rush the passer.

Meanwhile, the Seahawks are not the same menacing defensive team as they were several years ago but still have one of the most dangerous quarterbacks in the league in Russell Wilson. It makes it even tougher that the Seahawks are more than familiar with the Rams’ offense.

Running Gurley down their throats would eliminate the Rams’ need to constantly switch things up to keep the Seahawks off balance and would eat time off the clock to keep Wilson and the offense off the field.

Either way, it is in the Rams’ best interest to use their most dangerous offensive weapon as frequent as possible, something the team started to shy away from doing as the year came to a close (of course, to keep Gurley healthy).

If the Los Angeles Rams can jump on Gurley’s back then we could see a lopsided score total in the Divisional Round that is reminiscent to the early-season Rams.