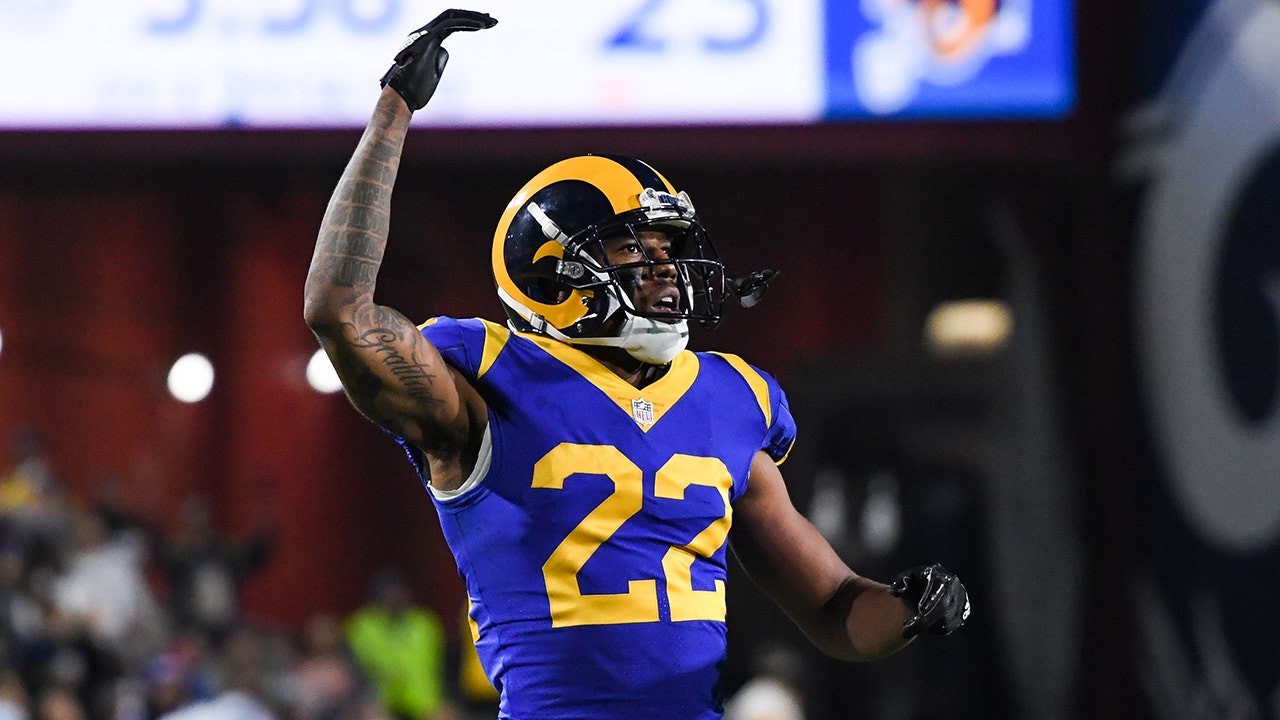 Cornerback Marcus Peters #22 of the Los Angeles Rams urges on the crowd during the fourth quarter against the Philadelphia Eagles at Los Angeles Memorial Coliseum on December 16, 2018 in Los Angeles, California.
(Photo by Harry How/Getty Images)

Los Angeles Rams defensive back Marcus Peters was caught on camera confronting a fan during the team’s loss to the Philadelphia Eagles on Sunday night.

A video posted on social media showed an irate Peters go from the bench and launch into an expletive tirade against a fan in the stands. Peters went to the steps of the Los Angeles Memorial Coliseum where the seats meet the field and into the face of the fan who caused the cornerback to get angry.

After the game, Peters downplayed the entire confrontation.

“It wasn’t nothing, man. Just making a little bit of fun with the people out there that be heckling and stuff. It wasn’t nothing. Don’t take it too personal,” Peters said, according to the Los Angeles Times.

Rams coach Sean McVay also addressed the situation, saying Peters has “got to be better in those situations,” according to NFL.com.

“I saw the video. I got a chance to talk to Marcus,” McVay said Monday. “He knows that we’ve got to be better in those situations and can’t allow whatever is going on in terms of that dialogue to affect our ability to be focused on what is going on during the game and on the field. … We had a good discussion and he knows that.”

It’s unclear whether Peters will be disciplined for the incident.