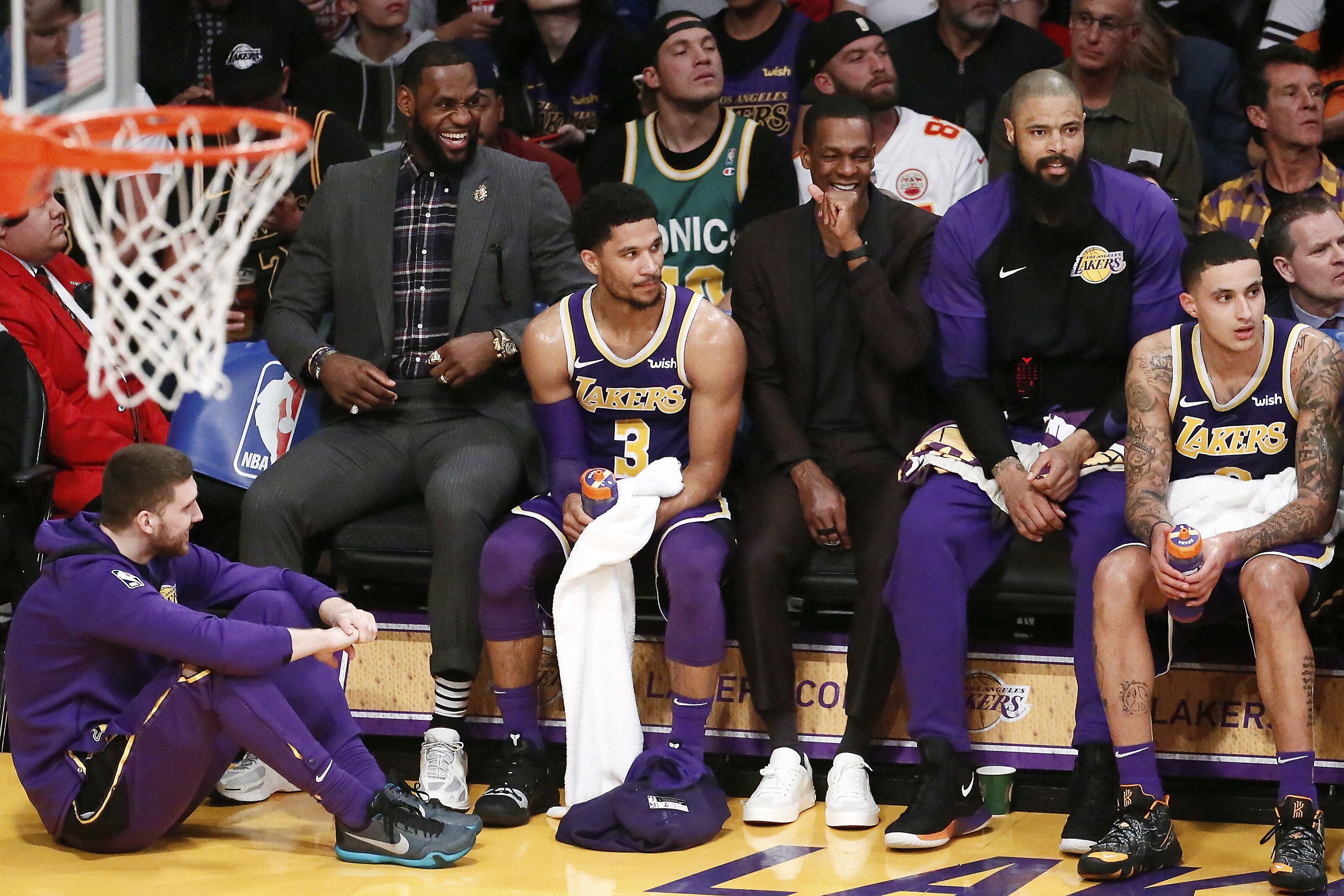 In the absence of LeBron James, the Los Angeles Lakers have dropped to 8th place in the Western Conference. Can they still qualify for the postseason?

News flash No. 1: the Los Angeles Lakers have proven that they are not as good a team without LeBron James in the lineup as they are with him.

News flash No. 2: the Lakers are also not as good a team without Kyle Kuzma as they are with him. The same is true about JaVale McGee… and also Brandon Ingram.

It shouldn’t be a huge surprise that the team has a losing record without LBJ on the court, and that their offense struggled without him and Kuzma, their two leading scorers, as well as Rajon Rondo, one of their best playmakers.

Such is life in the NBA. The teams that win the most games don’t just have the best players, they have the best healthy players. Few teams can consistently win without its top performers.

It’s human nature for most fans to react to the moment, to soar with their team’s every win and sink with their losses. But sometimes perspective is needed when it’s prudent to look at the big picture to see if your team is on the right track.

The Lakers hit rock-bottom in 2015-16 when they won just 17 games. Since then, their victories increased to 26 the next season, then to 35 last year. At the halfway point in this NBA season, the Lakers stand at 22-19. At that pace, they’d win 44 games. That would be four straight years winning nine more games.

But perhaps they can do even better. Consider that in this half-season, LeBron missed seven games, as did McGee, while Kuzma sat out 2 ½ games, Ingram was out for 11 (including nearly all three games that they lost against San Antonio) and Rondo has missed 27. Also, Tyson Chandler was not part of the team for the first 11 games.

Add it all up and the top 10 Lakers players have collectively not suited up for a whopping 65 games! But again, such is life in the NBA. They’ll get no sympathy from other teams. After all, the Warriors’ Steph Curry and Draymond Green sat out 25 games total, while Chris Paul has missed 13 games (and still counting) for Houston.

But remember the mantra, the Lakers are a work in progress. The front office added six veterans (James, Rondo, McGee, Chandler, Lance Stephenson and Michael Beasley) to the roster this year. Only James and Beasley had ever played an NBA game on the same team. That, by itself, would nearly automatically require an adjustment period.

Then there’s also the Lakers young core of Kuzma, Ingram, Lonzo Ball and Josh Hart, all of whom play major minutes this year. Yet entering the season, those four players had only a total of five NBA seasons under their belts. And what’s the biggest trait that young players share? Inconsistency!

Despite the presence of James, who was playing outstanding ball before his groin injury, Luke Walton had a tough task getting everyone to swim in the same direction. And even though LeBron has led his team to the NBA Finals eight consecutive years, it was not realistic to expect this squad to contend this season. Fans who thought that a trade or two would provide a quick fix that would get the Lakers to the promised land were fooling themselves.

The biggest reason is that the Western Conference, top to bottom, is exceptionally tough. Whether the Warriors are biding their time until the playoffs or have lost a bit of its competitive edge is subject to conjecture. But, at full strength, they are certainly a superior team with a multiple championship pedigree. Behind them, three strong teams, Houston, Denver and Oklahoma City, are each hoping they can peak at the right time to have a shot at knocking off the champs.

Lurking just beyond them are San Antonio, Portland, Utah and the Clippers, along with New Orleans, Minnesota, Memphis as well as two young, up-and-coming teams in Sacramento and Dallas. The result is unprecedented competition just to make the playoffs. The Lakers are one of 14 teams battling for those 8 spots.

And, as it has been from the start, qualifying for the postseason remains the most important, realistic goal for the team. The intensity of the playoffs cannot be simulated. The Lakers’ young pups need to experience it firsthand to fully understand what type of effort is required to win, game after game.

Will the Lakers make the playoffs? Maybe yes, maybe no. Although they have a poor W-L record without LeBron, it’s at least possible that the experience gained by guys like Kuzma, Ingram and Ball in his absence will hasten their development and benefit the team, in the long run, this season.

Each of them has shown flashes of brilliance, essentially teasing fans who wonder why they can’t play like that every game and imagining how good the Lakers would be if they did. Ingram and Ball are each only 21 years old, and Kuzma (and Hart as well) is only is his second season. Fans love to debate how good their respective futures will actually be.

The ideal scenario is that once LBJ returns, the young talent meshes well with him, and both he and the rest of the team stay healthy during the second half of the season. If that happens, the Lakers might indeed win more than 44 games, and a return to the playoffs for the first time in six years would be likely.

That would also make it easier for the Lakers front office to continue to follow the blueprint they’ve laid out: exercise patience, believe in the future of the young core and then add a star free agent in July.

That’s not to say that Magic Johnson and Rob Pelinka will refuse to trade any of the youngsters. They might swap one or two to obtain a big star, rather than relying on recruiting an elite free agent, but they’ll only do so if it makes good long-term sense. They have shown by example that they aren’t seeking a short-term fix. Rather, their stated goal is to build a sustainable contender for years to come, even after LeBron James has moved on.

For now, returning to the postseason would be a positive step forward. The upcoming schedule is favorable, with 6 of their next 9 games against teams with losing records, and 8 of the next 11 at Staples Center. We’ll soon see if the Lakers can take advantage and move forward in the playoff hunt.