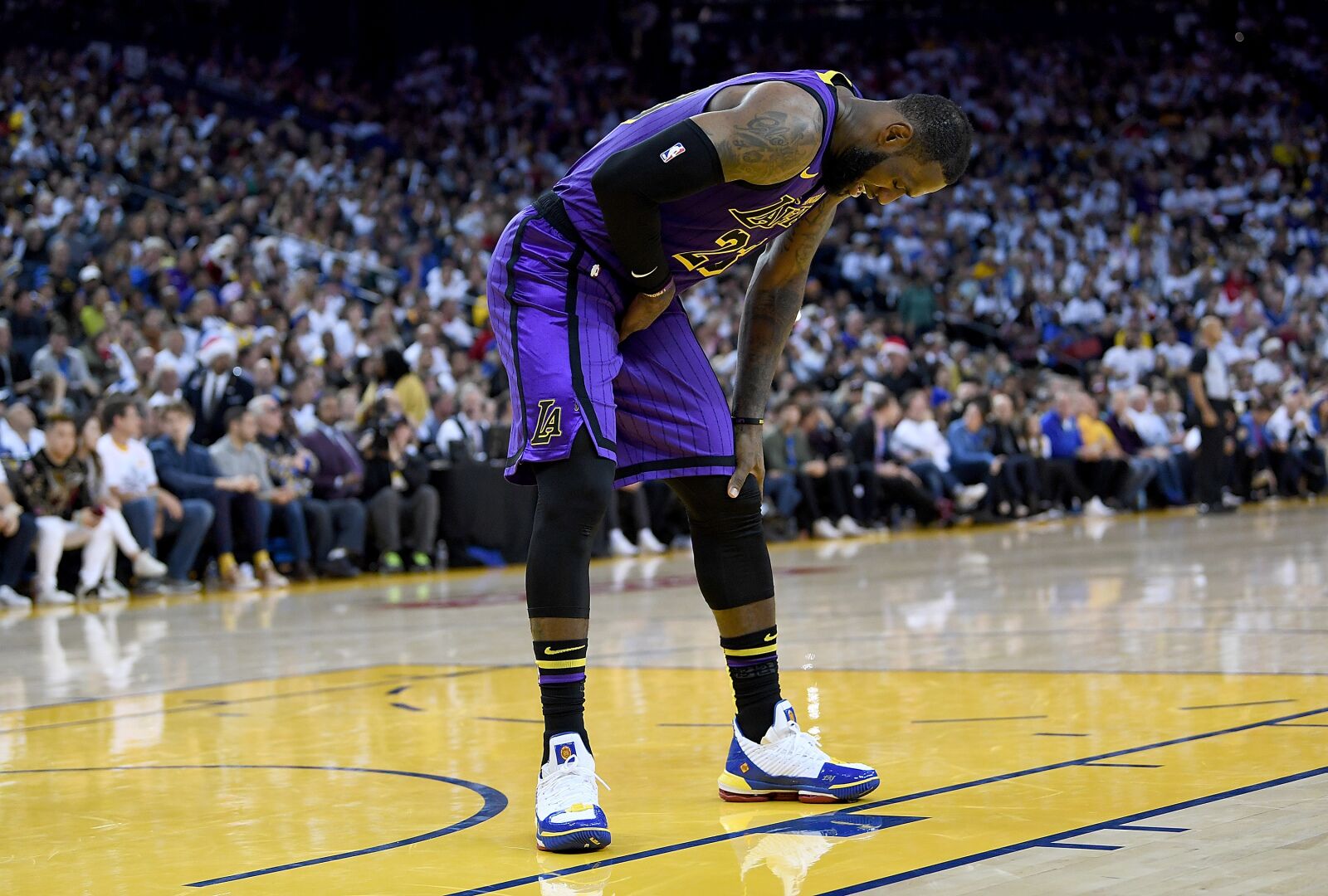 The Los Angeles Lakers routed the Golden State Warriors on Christmas Day despite losing LeBron James in the third quarter to a groin injury.

On one hand, you had the most dominant team of the last four seasons in the Golden State Warriors, who naturally bring intrigue in every single game they are in.

On the other hand, you have perhaps the most notable franchise in the NBA (sorry, Knicks fans) that also now has the most notable athlete in America, LeBron James. Throw in the fact that this was James’ first appearance against the Golden State Warriors as a Laker and this game was a natural sell to any basketball fan.

The Los Angeles Lakers came out firing on all cylinders against a sluggish Golden State Warriors team and comfortably won by a 127-101 margin.

James exited the game with a left groin injury with 7:51 remaining in the third quarter. At this point, the Lakers were already up 71-57, so it was better for the Lakers to play it safe and rest James than force him into a game that the Lakers seemingly already had in the bag.

An MRI on Wednesday confirmed that James had just a slight groin strain, which puts his status as day-to-day. However, the Lakers are understandably going to be cautious with James and are not going to rush him back unless he is fully and completely healthy.

The Lakers have three more games before the New Year against the Sacremento Kings, Los Angeles Clippers and then the Kings once more. While James will do his best to rush bask as soon as possible, it might be best to hold him off until the turn of the calendar year.

Before the Christmas Day Game, we posted a piece in how the Lakers could prove that they could make noise in the Western Conference with a dominant win over the Warriors. And while it is absurd to overreact to one game, the Warriors do seem less invincible than past years and nobody knows how to beat them more than LeBron James.

The biggest question surrounding the Lakers title contention is not James, it is the young core around him and how they will react in their first ever go at the playoffs.

In this three-game stretch, we are going to see a leader emerge from the roster that is not only going to lead the Lakers to win at least two of the three but is going to prove that the effects of LeBron James are much deeper than the box score.

James has taught this core how to win, something they have not been doing a whole lot of previously. Now, the likes of Brandon Ingram, Kyle Kuzma, Lonzo Ball and Josh Hart are given the spotlight to put those teachings into action.

Oh yeah, and let’s not forget about the odd and sudden emergence of Ivica Zubac as a productive center. Not to brag, but we did tout Zubac before the year began as a piece to watch.

These young guys are going to take that experience to a young Kings team and a Clippers team without a superstar and are going to prove that the Los Angeles Lakers truly are on a higher level than other playoff-caliber teams.