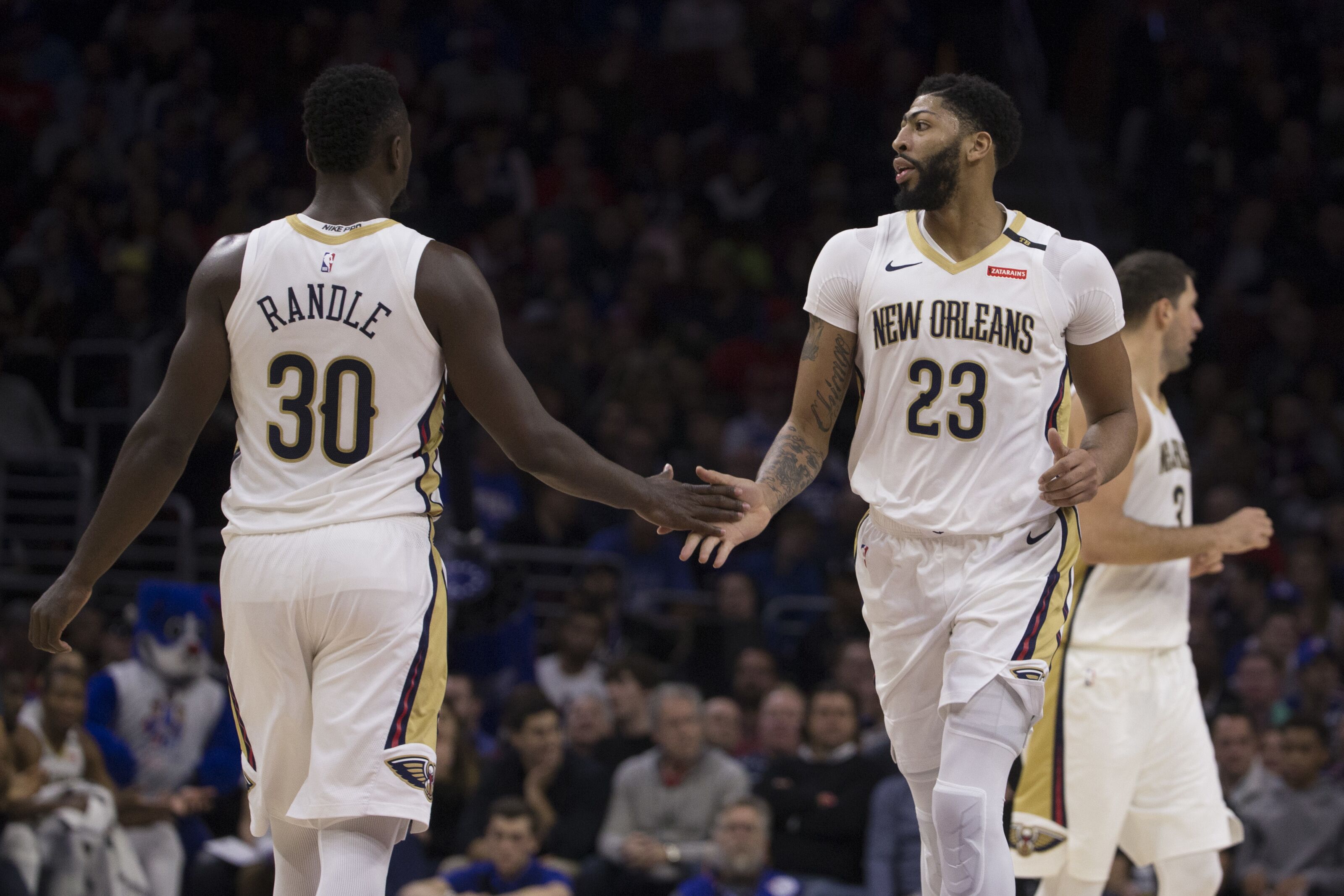 The Los Angeles Lakers allowed Julius Randle to sign a two-year deal with the New Orleans Pelicans over the summer, which in hindsight, was a mistake.

Five months ago, the Los Angeles Lakers allowed former first-round pick Julius Randle sign a two-year contract with the New Orleans Pelicans. Randle was a restricted free agent over the summer, meaning that the Lakers had the ability to match any offer sheet that Randle agreed to with another team.

The contract itself was not big whatsoever. Randle agreed to a two-year, $17.7 million deal with a player option after the 2018-2019 season. If Randle accepts the option, he will make just over $9 million next season.

This is a steal for a player of Randle’s capability, who proved in the second half last season that he was ready to make the leap to all-star level. He nearly averaged 20 and 10 after the All-Star Break last year and this year is averaging 19.3 points and 9.5 rebounds per game.

Keep in mind that Randle is not even a starter and he is putting together those numbers. Of the 31 games played, Randle has started just 11 and averages 27.7 minutes per game. His 25 points per 36 minutes are better than any Laker not named LeBron James.

When the signing first happened, some fans quickly jumped on the front office, and understandably so. Randle had already proven that he could do this and would have been a better second star to LeBron James than Brandon Ingram currently is this season.

However, there was still solace in letting him walk because the Lakers would keep cap space for the summer of 2019 to sign another superstar. The only problem now is that the Lakers might not even get a chance to sign a second star.

Klay Thompson seems intent on staying in the Bay Area, Kawhi Leonard seemingly prefers the Clippers over the Lakers, Paul George did not come this past summer, Jimmy Butler might have found a long-term fit in Philadelphia and we haven’t even seen DeMarcus Cousins yet this season.

Now, the team’s best chance of adding another star is via trade, most likely being Anthony Davis. The only problem with that is if the Lakers are going to make a move, they have to make it now. The Lakers currently have the contracts (Kentavious Caldwell-Pope, Lance Stephenson) to pair with young assets to make the deal even possible.

However, after this year, the Los Angeles Lakers will not have said contracts and would have to wait until Dec. 15 of the following year.

But if the Lakers would have signed Randle the team would have not only gotten someone that could’ve thrived alongside LeBron James, but the team also could have gotten a serious trade chip.

Let’s say the Lakers agreed to a four-year, $56 million deal with Julius Randle. That is underpaying for a guy that is playing at this level, especially with the average contract in the NBA. However, it would be paying him $14 million annually, higher than he is currently making.

Then the Lakers have flexibility. They could either hold onto Randle, hope he truly blossoms into a second superstar, which would have had less pressure on Brandon Ingram, Lonzo Ball and Kyle Kuzma to develop.

The team would still have the cap space to bring in some veteran bench pieces and if the Randle partnership did not work, the team would have a much wider timeline to trade him for an Anthony Davis.

That also means the Lakers could probably avoid packaging Brandon Ingram as well. With Randle playing at his current level, if the Pelicans were interested in trading Davis, I could see them taking Randle, Josh Hart and two unprotected (and one protected) picks for Anthony Davis.

If the Lakers didn’t want to give those picks they could trade Ingram or Kuzma with Randle, but would not have to part ways with both.

However, instead, the Los Angeles Lakers are hoping to somehow add a second star eventually and the New Orleans Pelicans already have Randle. Hindsight is always 20/20.