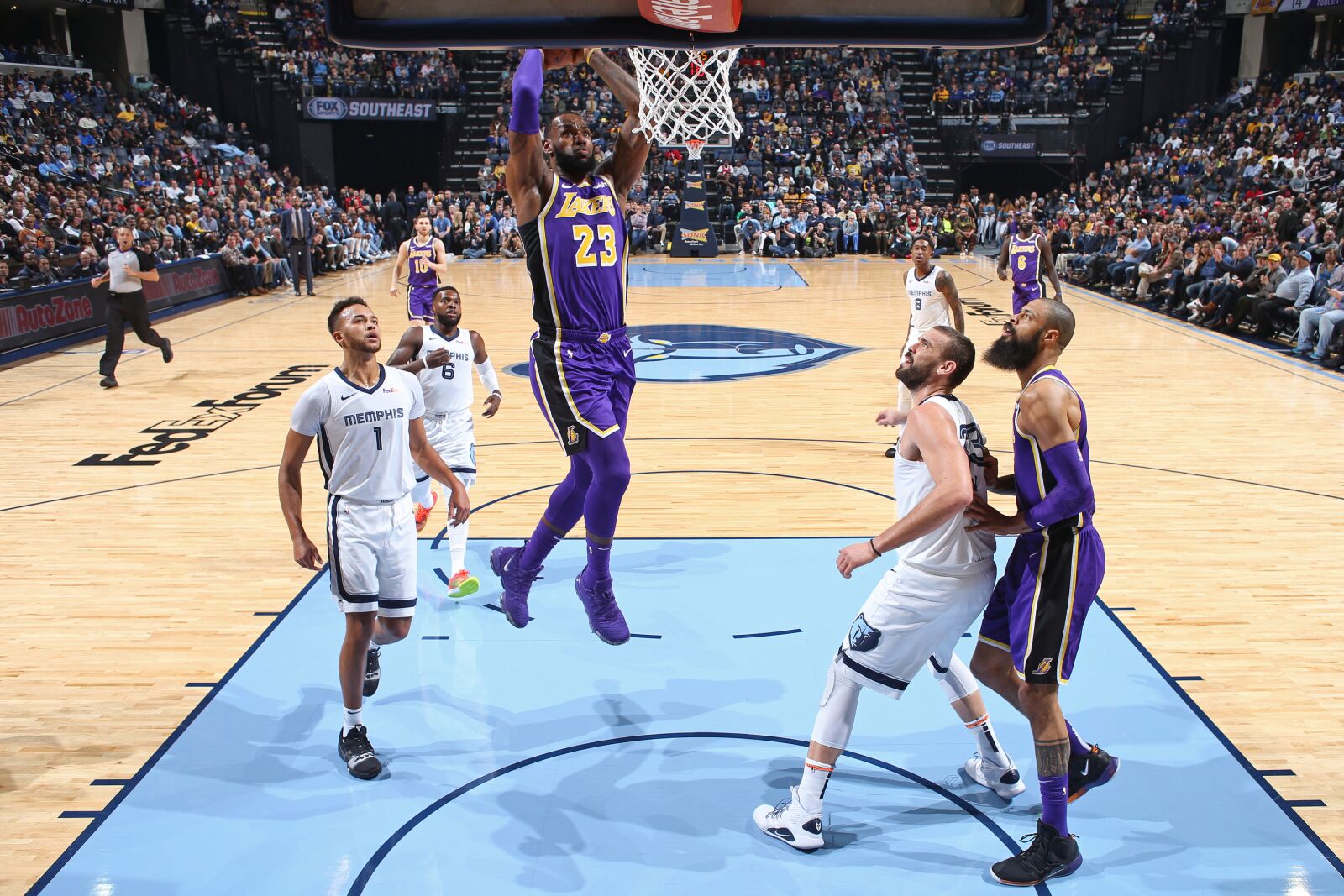 The Los Angeles Lakers host the Memphis Grizzlies at the Staples Center on Sunday night and we have all the information you need to watch the game!

The Lakers got some reinforcements back in their game, as Brandon Ingram and Rajon Rondo returned to the lineup. Both looked to pick up right where they left off, as Ingram scored 18 points with seven rebounds, two assists and one steal while Rondo had eight points with nine assists and four rebounds.

Starting center JaVale McGee was still sidelined with an illness and was replaced by Ivica Zubac in the starting lineup. Zubac played very well, recording a double-double with 16 points and 11 rebounds.

In addition to McGee, Tyson Chandler and LeBron James are also battling an illness. However, James and Chandler were able to get into the lineup against the Pelicans. Hopefully, the Lakers are able to get them all healthy and ready to go against the Grizzlies and their impressive frontcourt.

Memphis has All-Star Marc Gasol starting at center alongside rookie Jaren Jackson Jr. The two are a handful to deal with in the frontcourt. If McGee is sidelined once again, expect Zubac to start to give the Lakers some much-needed size in the starting five.

In addition to the frontcourt, the Grizzlies also have Mike Conley at point guard. His matchup with Lonzo Ball will be a fun one to watch.

This is the second matchup of the season between the Lakers and Grizzlies. Los Angeles defeated Memphis on Dec. 8, 111-88 at the FedEx Forum.

Memphis will be motivated to exact some revenge on Los Angeles tonight. Not only did they lose the first matchup, that loss has put the team in a tailspin. Memphis was 15-9 heading into that game against the Lakers. Now, they are 16-16.

Will Memphis knock off the Lakers and get back on track? We will have to wait and find out. Here is all the information you need to watch the Lakers and Grizzlies face off tonight!