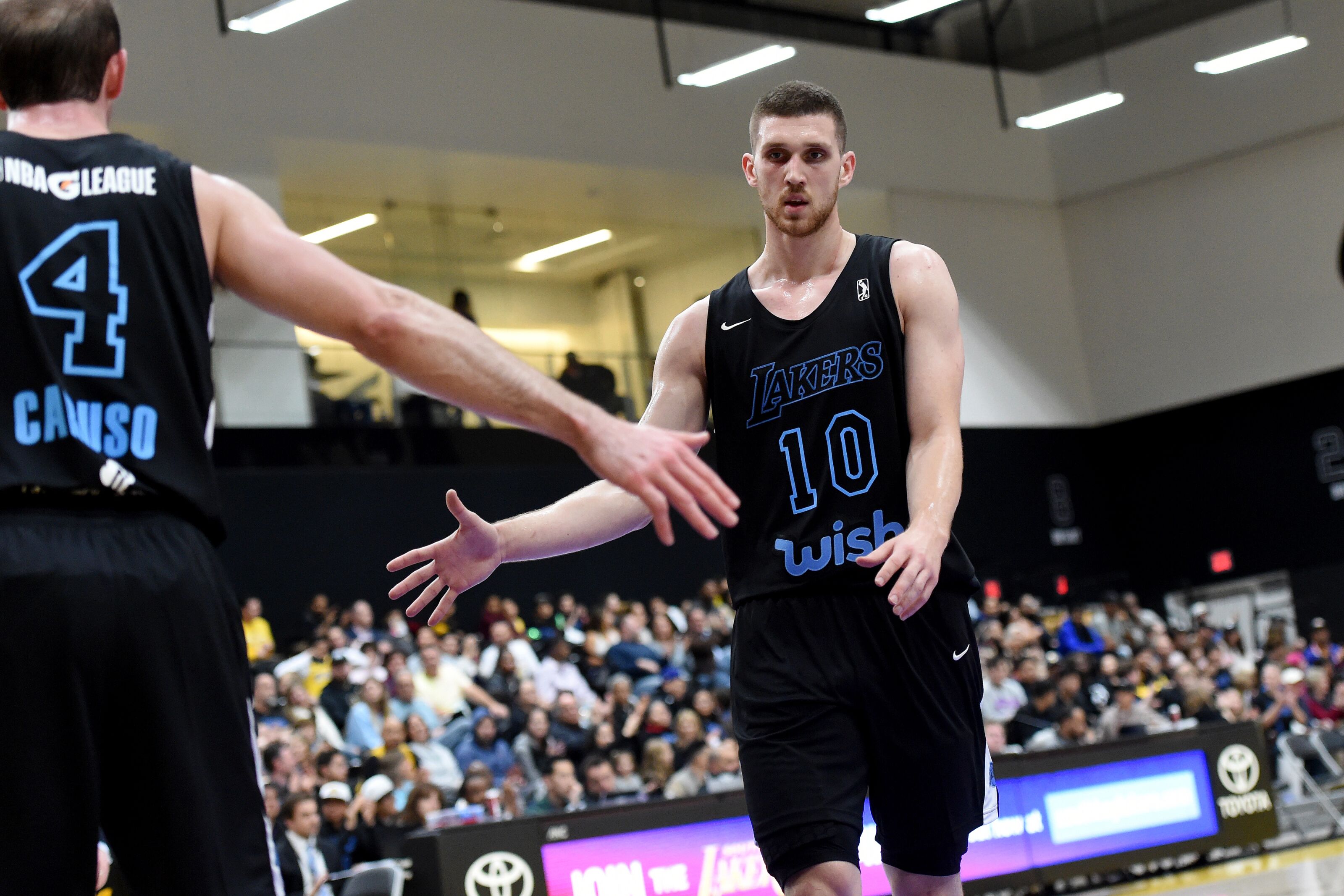 Three Los Angeles Lakers rookies and two two-way Lakers played for the South Bay Lakers on Saturday night, one of them, Svi Myhailiuk, scored the most points by any G League player this season.

Isaac Bonga, Moe Wagner, and Svi Mykhailiuk were assigned to the South Bay Lakers (10-12). Bonga has averaged 13 points, Mykhailiuk 25 points, and Wagner 18 points. Mykhailiuk’s average was about to rise.

With Lakers head coach Luke Walton and his family observing from the skybox, Svi put on a shooting show and South Bay won 119-114.

Add one blocked shot and two steals, rebounds, and assists to his stat line and you have a stellar night. It was the most points scored by any G League player this season.

Two-way player, and should-be NBA player, Alex Caruso also had a fantastic night. AC stole the ball eight times! He also scored 20 points missing only two shots (7-of-9), grabbed five rebounds, dished four assists and made four out of four free throws. But what Alex does better than anyone, is talk both on and off the court. He is a true floor general.

South Bay is working its way back to a .500 record and needed to beat the Suns who have struggled all season and hadn’t played since December 21st.

The eight days between games is their longest span of the season so far according to the Sun’s press packet. The Suns wanted to break an eight-game losing streak, so they came out hungry and played hard the entire game.

South Bay plays the Oklahoma City Blue on January 3rd at home in El Segundo. Be there or you might miss another exciting win!