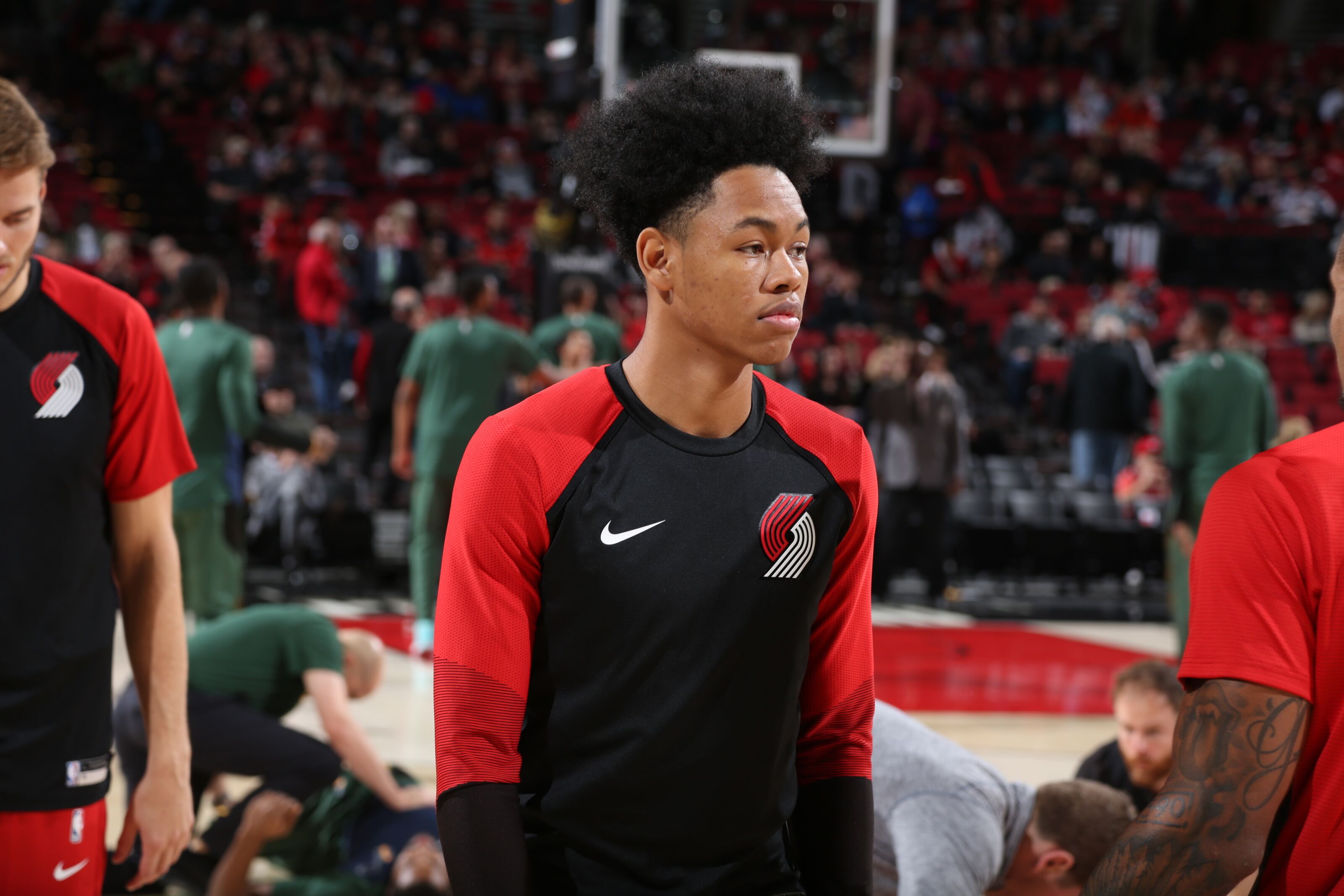 In the 2018 NBA re-draft on Bleacher Report, the Los Angeles Lakers selected Anfernee Simons out of IMG Academy.

When the 2018 NBA Draft rolled around, the Los Angeles Lakers had a clear need. Free agency had not yet begun and with so many pending free agents of their own, Los Angeles had some glaring holes on the roster.

With so many draft picks used on the backcourt and wing in recent years, the Lakers opted to go for a big man in the 2018 NBA Draft. With the 25th pick in the draft, Los Angeles selected Michigan center, Moritz Wagner.

Wagner had a great run his junior year with the Wolverines. He helped lead the team to the National Championship game before declaring for the draft. His offensive game was his strength, as he could score at all three levels. Rebounding was also a strength, but Wagner had a long way to go offensively.

Fast forward to free agency and the Lakers roster underwent an overhaul. JaVale McGee was signed, taking over the starting center spot. Ivica Zubac was still on the roster and Tyson Chandler was signed after being bought out by the Phoenix Suns.

Given the depth at center and an injury, Wagner fell down the depth chart. With LeBron James on the roster, the plan of action changed for the organization. The Lakers became a win-now team, not having time to develop more draft picks.

Knowing what we know now, it shouldn’t come as a surprise that in Bleacher Report’s re-draft, the Lakers went in a different direction. In the re-draft, the Lakers selected Anfernee Simons out of IMG Academy with the No. 25 overall pick. Wagner ended up going two picks later to the Boston Celtics.

Here is what Bleacher Report had to say about the new draft selection.

Simons needs time in the G League, which he’s not getting since Portland doesn’t have an affiliate. The Lakers would take him here after looking through the long-term projection lens that approves his athleticism, ball-handling skill and shot-making.

Having an affiliated G League team is definitely an advantage for the Lakers. Wagner and fellow rookies Isaac Bonga and Svi Mykhailiuk have all spent time developing in the G League.

Simons has appeared in only six games with the Portland Trail Blazers this season, and as stated by Bleacher Report, isn’t afforded an opportunity to play in the G League.

Given the current state of the Lakers, it is anyone’s guess how the roster will look come February, let alone the upcoming summer. Los Angeles has multiple players on one-year contracts, so things could look different after another free agency period.

While Simons may have a higher ceiling, the current construction of the Lakers’ roster wouldn’t allow him much playing time either.

Wagner may not have a role this season, but he could carve out a role given his skill set this season and be a rotation player next season depending on roster moves the organization makes in the coming weeks and months.